Misinformation about the Russian military invasion of Ukraine has led to such divisions of the people in Macedonia, especially those who are getting information mainly from the social media, that there is actually an online debate about whether there really is a war there and civilians are suffering or is it just a Hollywood production aimed at destroying Russia.

At a time when the biggest military conflict in Europe after the Second World War is raging in Ukraine, the Macedonian online space is subject to the spreading of propaganda on social media, saying that it is all just a bad movie.

According to the UN High Commissioner for Human Rights, 1,793 civilians have lost their lives so far in this mindless war. This figure does not include data on civilian casualties in Mariupol, Izium, Popsana, and Borodyanka. According to the Office of the Prosecutor General of Ukraine, as of 10 April, 176 children were killed and another 336 were injured.

This is no ordinary statistic. These are real people, men, women, and children whose lives have been lost.

Nevertheless, one of the most viral posts on social media in the last 10 days, not only in Macedonia but it seems in the whole region, are those that include claims that the dead in Bucha are "rising". Reportedly, it is a poorly directed war movie, in which actors are hired to pretend they are dead on the streets in the suburbs of Kyiv, and the acting is so bad that they cannot even wait for the camera to pass, so they get up ahead of time.

The video, which allegedly shows how the "dead are rising" was first posted on social media on 3 April and was shared, commented on, and downloaded thousands of times by several local media. This claim was also published in some Serbian media, including the pro-government informer.rs and it was, of course, shared by the Russian state propaganda machinery. In our country, the video was published by several media, but also by the so-called "influencers" on social media where it was visible even more.

The fact-checking services, including the sole signatory to the Code of Principles of the International Fact-Finding Network in Macedonia, Vistinomer, debunked this claim, and this was also done by Deutsche Welle and many more international media organizations. However, the big lie was already widespread and many believed it. And they still believe in it.

In fact, as a rule, the truth is exactly the opposite of what official Moscow claims.

Before the invasion, Moscow, including the President of the Russian Federation Vladimir Putin, claimed that genocide was taking place in the Donbas region over the Russian population. This alleged genocide was one of the main reasons for the attack on Ukraine. While it is undeniable that there are casualties on both sides in the Donbas war, both Ukrainian and Russian, and even indications of war crimes, no evidence of genocide has been disclosed.

The revelation of the Bucha massacre showed that it is still possible for genocide to take place in Ukraine, but against the Ukrainians.

What does genocide mean? This is the most serious form of crime against humanity. It is defined as mass extermination of a certain group of people - for example, the killing of six million Jews in the Holocaust of World War II.

UN Convention on genocide defines it as "the deliberate destruction, in whole or in part, of a particular national, ethnic, racial or religious group"

What should Russia do with Ukraine?

Although there is no consensus that Russia is committing genocide against Ukrainians, there are strong indications of this. Johns Hopkins University Professor of International Relations, Eugene Finkel, says for the BBC hat there is evidence that in Bucha and elsewhere in Ukraine, people were killed just because they were Ukrainians. 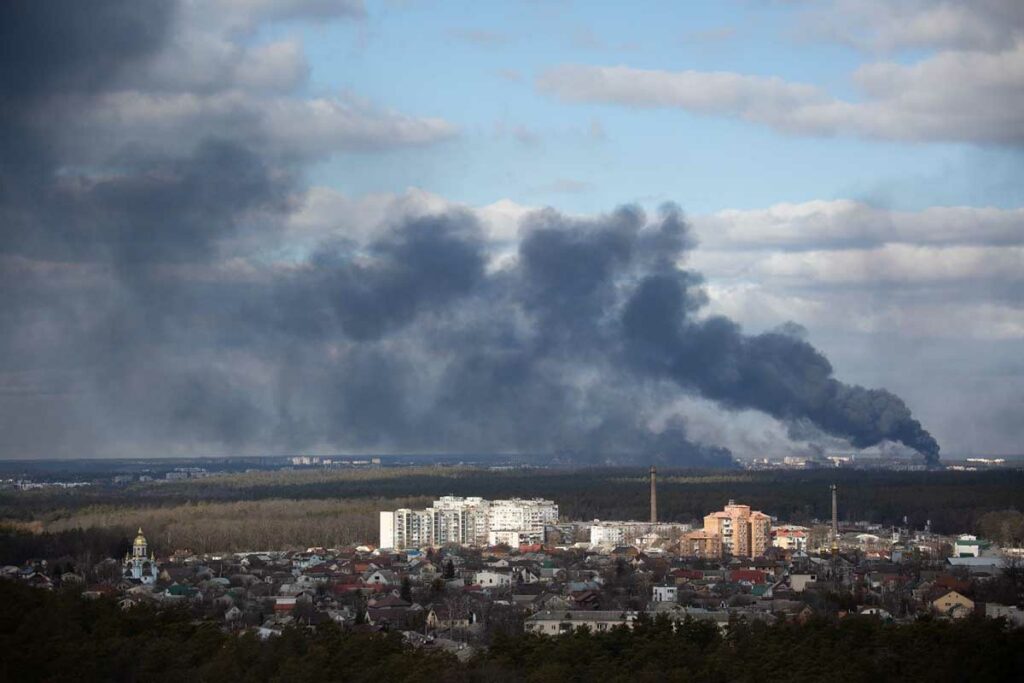 "It's not just killing people, it's targeting a group with a certain national identity," he said.

For Finkel, what confirms the genocidal intent is the rhetoric spreading from Moscow. He points to the article entitled: "What should Russia do with Ukraine?" recently published by the state-run Russian news agency RIA Novosti.

The article claims that it is impossible for Ukraine to survive as a nation state, and even its name cannot be retained. The Ukrainian nationalist elite "should be liquidated, since its re-education is impossible," wrote the author of the text Timofey Sergeytsev.

His theory is based on the disinformation narrative (also widely refuted) that Ukraine is a Nazi country and that most of the people is to blame for being "passive Nazis" or accomplices. After the victory of Russia, these people would have to be re-educated and that "would inevitably mean de-Ukrainianization."

"For me, the change in Russia's tone in recent weeks, especially among the elites, has been a turning point that we call the threshold of intent, not just to destroy the country... but to also destroy the identity", said Finkel in a statement for the BBC.

"The aim of the war is de-Ukrainianization ... they do not focus on the country, they focus on the Ukrainians," he added.

More than a week after the Bucha massacre, the global media outlets are still publishing testimonies of survivors of the incredible brutality with which the inhabitants of this city were killed.

As Russia imposed severe censorship at the start of the war and forced all independent media outlets to stop publishing information, it is clear that such details could not be found in the Russian media. However, the fact that many of the media in Macedonia avoid writing about it is worrying.

Moreover, the theory of a bad Hollywood movie, or the foolish accusations that the Ukrainians themselves killed the inhabitants of the Kiev suburb, gained popularity in some domestic newsrooms. Serious media, as well as renowned journalists with many years of experience alluded to the truth of this misinformation narrative.

Such misinformation and spins float on the surface of the sea of ​​thousands of news items that are published on a daily basis. In the overall contradiction of the flood of shared news it is difficult for the common reader to distinguish truth from falsehood. Ultimately, we end up in a situation where the public simply does not trust anyone.

On the media "market" in Macedonia, hundreds of small newsrooms with several journalists are trying to survive, fighting for as many clicks and for at least a small piece of the already small cake called ads in the media. Many editors would post anything that would attract more clicks during the day. Other media outlets have openly begged the Government for direct financial assistance. This situation is very well known to the centers of power from where disinformation narratives are spread and they regularly abuse it.

The sources of misinformation are usually sharing the misinformation through the social media and through non-credible media or online portals. Such misinformation at first glance might seem quite real and they are ready-made material that can be taken by some of the so-called "mainstream" media because they obviously attract a lot of attention on the social media. Some editors choose not to check the information at all, but simply to take the text as quickly as possible. In fact, what is called fact-checking should be the daily routine of journalists and editors before they publish anything. The race against time and the battle for clicks should by no means be a priority.

Fact-checking is, of course, one of the most important elements in the fight against misinformation, but it is not the only one. In addition to education and work aimed at increasing of the level of media literacy, all professional media and media organizations should be actively involved in this battle. Only in this way can we minimize the impact of these frightening narratives and crazy constructions.

Even more so due to the fact that it is illegal to minimize, justify and promote war crimes and genocide in Macedonia. At the same time, the very fact that a UN resolution condemns the Russian aggression provides an additional basis for legal proceedings at various levels and even initiation of investigations. There was already an announcement about this from the Prosecution.

Article 407-a of the Criminal Code relating to approval or justification of genocide, crimes against humanity or war crimes, carries a sentence of one to five years in prison for the perpetrators.

"If the denial, minimization, approval or justification is done with the intent to incite hatred, discrimination or violence against a person or group of persons because of their national, ethnic or racial affiliation or religious affiliation, the perpetrator shall be punished by imprisonment of at least four years", says this Article of the Criminal Code.

As bad as it sounds, it would certainly be a great relief for the victims of the Bucha massacre and their families if all this were really just a Hollywood production, after which they could go home alltogether. The reality, unfortunately, is completely different. 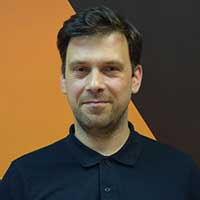 Goran Rizaov works at the Metamorphosis Foundation in Skopje, and is a professional journalist with many years of experience in print and electronic media. Goran was a professional development fellow in 2011/2012, when he studied data-based journalism and online media at the Walter Cronkite School of Journalism and Mass Communication in Phoenix, USA. He is a graduate journalist at Ss. Cyril and Methodius in Skopje. In 2015 he received the award for investigative journalism "Nikola Mladenov".