Radical proposals in the EC’s consultation on audiovisual media services

On Monday 6 July the European Commission launched a public consultation as part of the "Regulatory fitness" test of the Audiovisual Media Services Directive (AVMSD). This is a big moment: concrete policy options for an overhaul of European media regulation are on the table for the first time since 2007.

The options given are quite varied, and some would mean drastic changes to the framework governing television and other audiovisual services across Europe, including possibly broadening the type of services covered by the Directive and even altering the core principle that determines where the regulation of these services takes place.

Scope of the Directive

The first set of questions in the document is fundamentally about scope. As the successor to the Television without Frontiers Directive, the AVMSD maintains the free movement of what are now called audiovisual media services within the common market. It also establishes the minimum regulations that should be commonly applied across the Union, but it does not cover every kind of audiovisual content provision now available. In the consultation, the Commission first asks to what extent the Directive needs to reach beyond the television and "television-like" services it already regulates. The current definition of "television-like" hinges on editorial responsibility and competition with linear television for audience. Crucially, this has not -yet- been applied to services offering platforms for user-generated content or other forms of video sharing.

One of the options offered is to extend the scope of the AVMSD, which would require some finessing of any overlap with the E-Commerce Directive and could make its rules apply to a wider range of online services. Evidence is certainly needed on the types of services available that provide audiovisual content and how audiences are using them, or in other words to what extent such services compete with television. It seems that crucial to this question would also be definitions of "platforms" and "internet intermediaries", and views on what kind of liability or responsibility we expect them to bear for content. According to its Digital Single Market Strategy (see p. 11), the Commission is due to start a separate assessment of platforms and internet intermediaries before the end of this year. However, it is not clear if that process will include a public consultation, so this AVMSD one might be the best opportunity to let them know what you think.

The consultation also offers the options of changing the geographic scope of the AVMSD by making its rules apply also to services targeting EU countries from abroad. This may seem aimed at the Russian language channels targeting the Baltic States or the Fox channels to which broadcasters in the Balkan states complain they are losing their ad revenues, but those are registered in other EU member states. According to the current Directive, jurisdiction is based on the country of origin principle, and services are regulated by the member state in which they originate. If another state has stricter rules or a problem with some service coming in, according to Article 4 of the Directive, it must take it up with the member state from which it originates and find a "mutually satisfactory solution".

Section five of the consultation more thoroughly opens up the issue of jurisdiction in the Directive's Articles 3 and 4. The mechanism for co-ordination among regulators set out Article 4 has been used. For example, in April Ofcom ruled that Discovery (Slovenia), licensed in the UK, was in breach of advertising time limits after having been alerted to 80 instances of the station overstepping the time allowed in the AVMSD with the inclusion of ads aimed at the local market. There is a need to ensure this mechanism works to address the real concerns in the mainly smaller member states about some of the foreign channels eroding the income that domestic media rely upon to make programming. However, it may be primarily the more contentious issue of Russian language channels that has inspired this line of questioning and proposals in the consultation.

In 2014 Latvian and Lithuanian regulators banned certain Russian language channels for incitement and hate speech. Though much of their programming seems to originate from Russia, which was the argument of the Latvian and Lithuanian regulators, these channels are licensed in the UK and Sweden, and the European Commission's discussion paper on the cases outlines just how complicated the question of "origination" and jurisdiction can be. Another such ban went into effect in Lithuania in April this year. In assessing the proposals the Commission has offered, it would be very useful to have evidence on the types of cases that define the problem this part of the review is trying to address.

Two of the Commission proposals are radical. One option would maintain the country of origin principle, but define origin in relation to editorial control location rather than the locations of staff, uplinks or the technical criteria currently specified. Another option would essentially undermine the principle by having providers comply "with some of the rules" of the countries their services target. If the problem is mainly a matter of smaller states concerned about channels targeting their advertising market or Sweden's stricter rules on advertising to children, then perhaps the second option is not too dangerous, but it also means that probably just a clearer mechanism for co-ordination between member states would be sufficient. However, if this is really about some states having problems with certain foreign services based on interpretations of what is offensive or threatening to a national interest, then opening up the possibility of services being regulated in the country of destination could have serious ramifications for freedom of expression. It could, for instance, limit the options for alternative media in countries in which there is undue political influence over regulators.

As has been documented quite clearly by the comprehensive INDIREG study and others, the independence of regulators of audiovisual media services in Europe cannot be taken for granted, which is exactly what the AMSD in its current form does (see Article 30). The Commission's proposals to address what some refer to as the Hungary problem may seem strong, but it is important to remember that it is not just Hungary's regulator whose independence has been compromised. Even the UK's Ofcom has been threatened. One option offered in the consultations would include an "explicit requirement for the Member States to "guarantee the independence" of their regulators, and another proposes that the Directive should include requirements based on "detailed features" of what it means to be an independent regulator.

The European Regulators Group (ERGA) is working on some criteria for independence, but it is important that any requirements added to the AVMSD recognize that threats to independence come not from how regulators are set up by law, but from the political will of leaders to meddle. A range of ideas for how requirements for independence could be regulated is needed. Here watchdog organisations and other civil society observers may have a role to play in both contributing ideas to the consultation, and possibly having an institutionalized function in monitoring independence of regulators in the future.

It is admirable that the consultation lists media freedom and plurality as one of its priorities, and I think this priority should be at the heart of its consideration of the three issues I have just covered. The consultation also asks about findability of public service content and possible abuses of the right of reply, both of which also have implications for plurality and freedom, and about the provisions to protect consumers, in particular minors, and the protection of European works. There is an option for "other" policy suggestions in each section, and I encourage respondents not to simply treat the consultation like a survey by checking the boxes of the options they refer, but instead to provide explanation and evidence as well as other ideas or suggestions. The deadline for submissions is 30 September 2015. 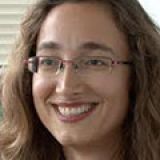 Sally Broughton Micova is an assistant professor of political communication at the University of the East of England (UEA) in Norwich, UK. She teaches media and communications at the Institute for Communication Studies. For more than three years, she has been the director of the London School of Economics and Political Science (LSE) 's academic policy blog, where she taught the program for postgraduate studies in media and communications, and works as a consultant on media and communication policy. author of numerous publications in academic journals and book chapters, as well as several public policy documents and expert summaries. She has been regularly invited to speak at international expert conferences. 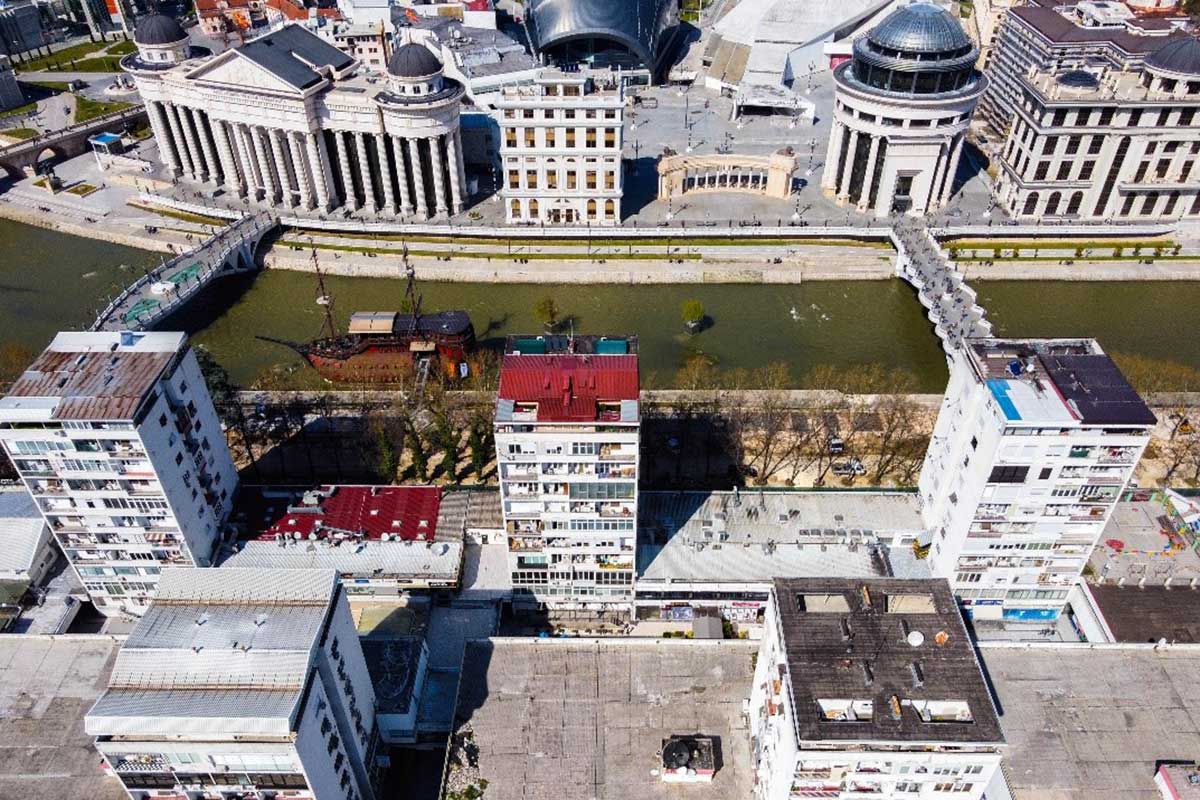 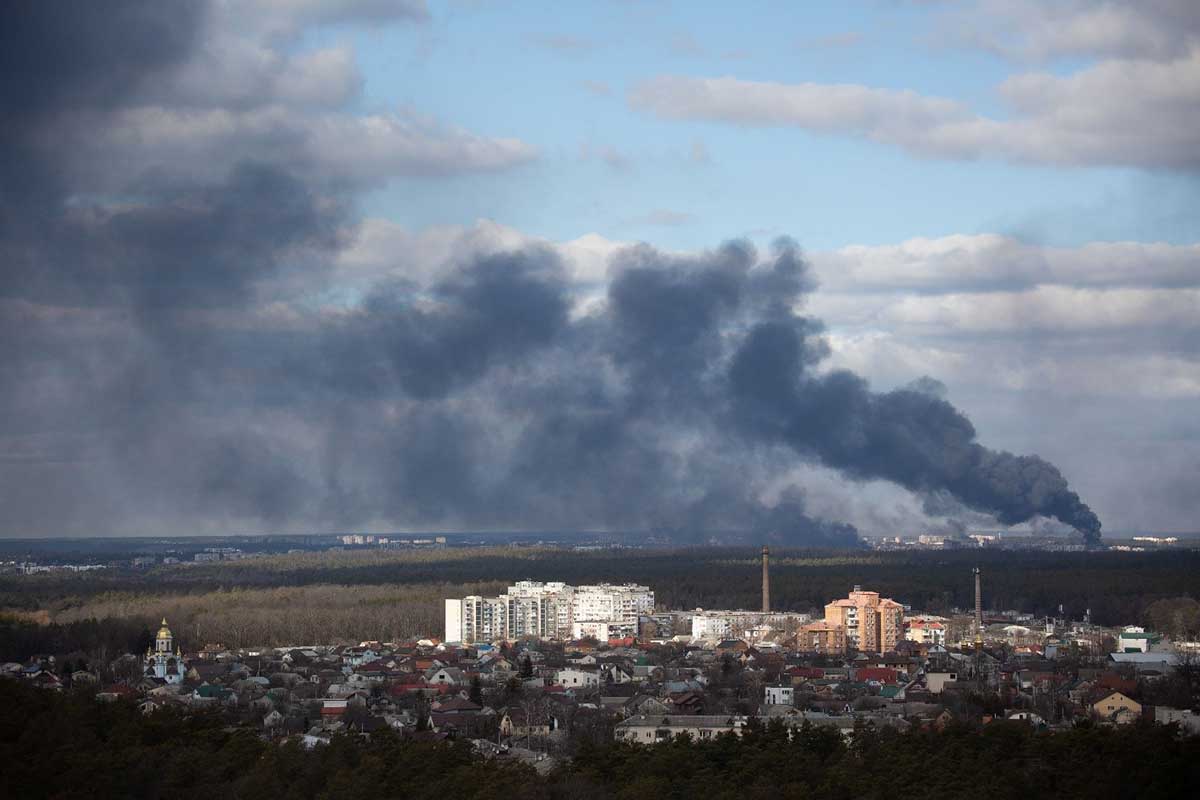 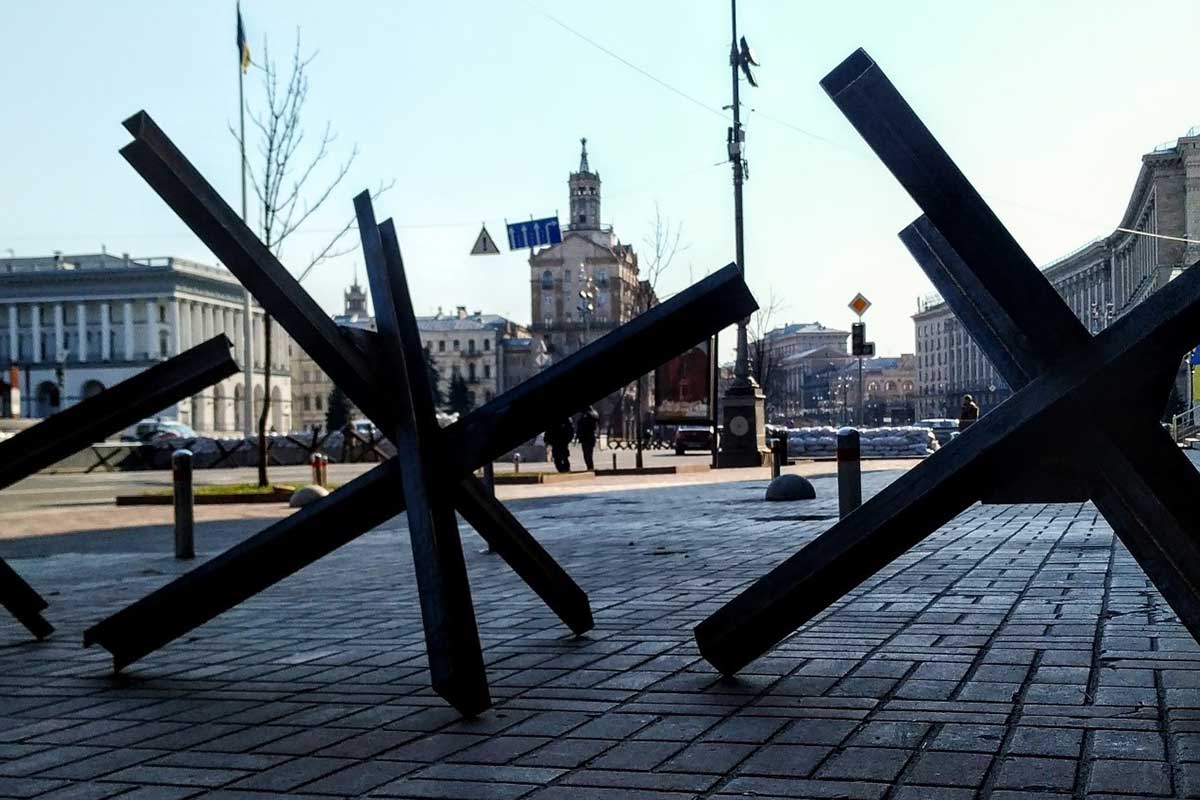 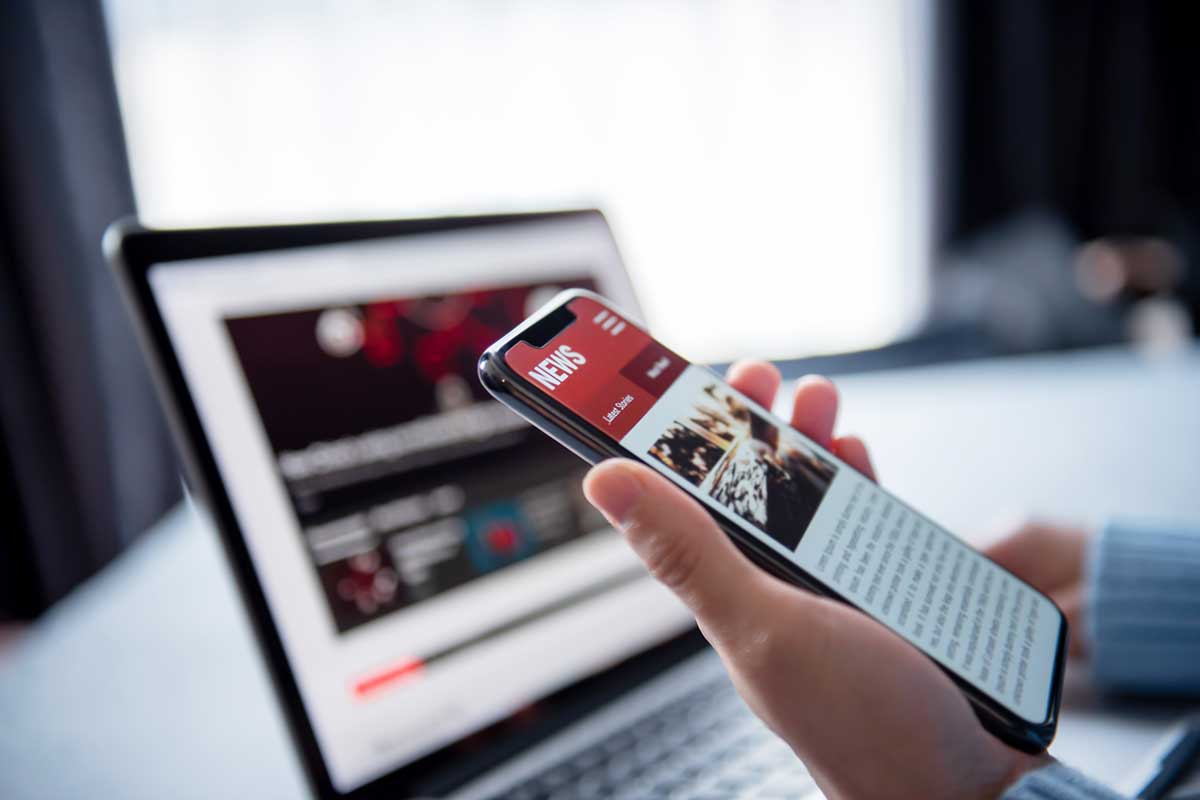 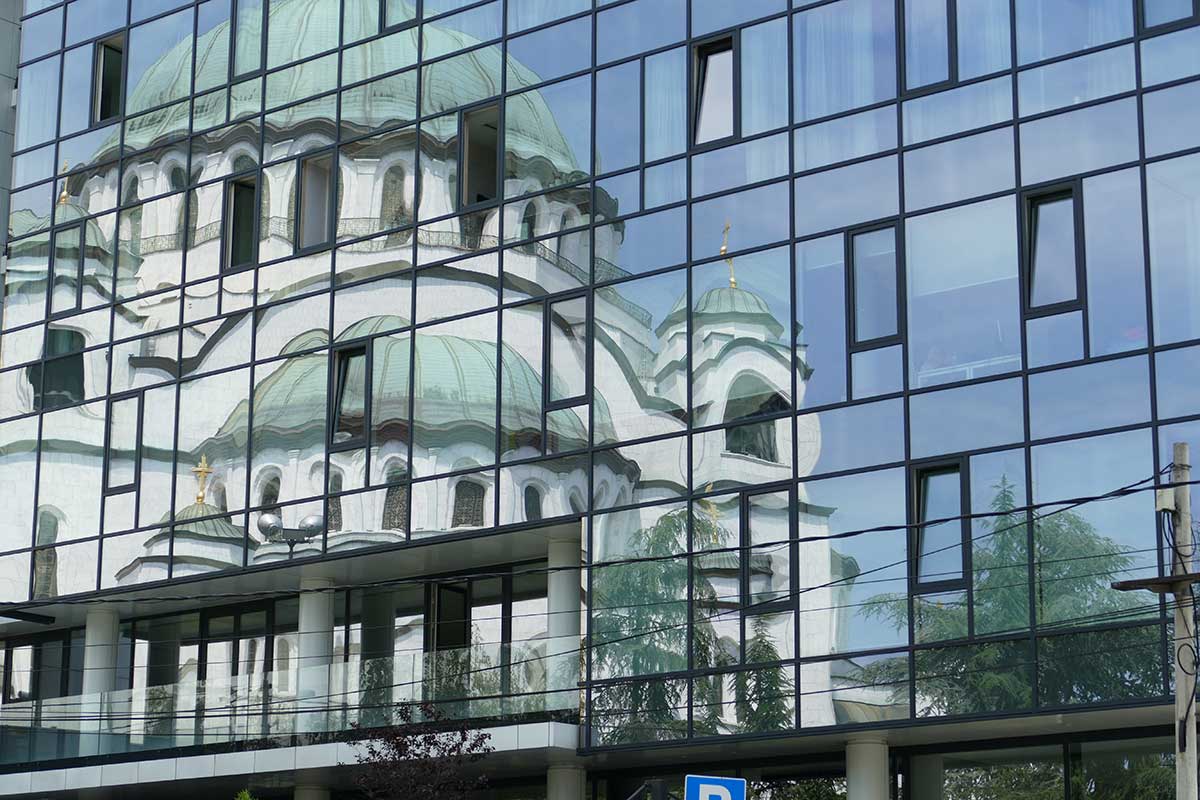 Serbia’s Media Caught Between Putinophilia and the New World Reality