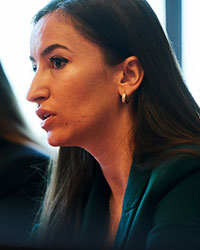 In 2020, none of the six countries of the Western Balkans has made progress in the process of European integration. It is true that they could have done more, but this still begs the question of whether the process itself "is working" if no one is making progress, and many countries have not been making progress for years, decades even. Bad moves on both sides have led to mutual mistrust, which is reflected in reforms.

I remember how negatively Jean-Claude Juncker’s statement resounded, when, in 2014, he was elected President of the European Commission and said that there would be no enlargement of the European Union until 2020. Reactions from all sides were so harsh that he later tried to tone down that statement. Nonetheless, here we are in 2021 and enlargement is nowhere in sight.

German presidency did not live up to expectations

The German presidency of the European Union, despite its best intentions and efforts, failed to provide the expected impetus to the accession of Southeast Europe to the European Union, instead, it only managed to save those relations from serious collapse. That fact alone speaks volumes about how many problems there are below the surface and how much resistance there is in the Member States to the idea of ​​further enlargement. Many actors in the Union do not believe that the Balkans will ever be transformed into serious countries based on the principle of rule of law. They doubt us and we doubt them, in that they will ever "let us in". In such an environment, it is difficult to sustain Euro-enthusiasm. Yet, it is still the best path for us, of all plausible paths.

We can say for the European Commission and the European Parliament that they sincerely believe in the European dream of unity, solidarity and a united Europe and that they are actively working to make the Western Balkans part of the Union, where it belongs. However, the history of these relations shows that these institutions do not have enough strength to keep the promises they made, because EU Member States are holding the decisions in their hands. It wasn’t only North Macedonia and Albania that faced unfair decisions, but also Kosovo, in relation to its visa liberalization, and Bosnia and Herzegovina, which still isn’t even granted candidate status. Montenegro and Serbia have been in a standstill for years.

It is no secret that France, Denmark, the Netherlands, Spain, and at least two or three other Member States are restrained on this topic and are counting on each other to slow down the process and make it more difficult. The height of the stalemate is evident in the fact that at the end of 2020, the Conclusions on the Enlargement/Stabilization and Association Process were not adopted. The conclusions were blocked at the Council of Ministers, although there is nothing special in them and they do not contain any legal obligation - neither for the EU nor for the Western Balkans, but rather have a motivational character and loosely maintain the connection between the Union and us. 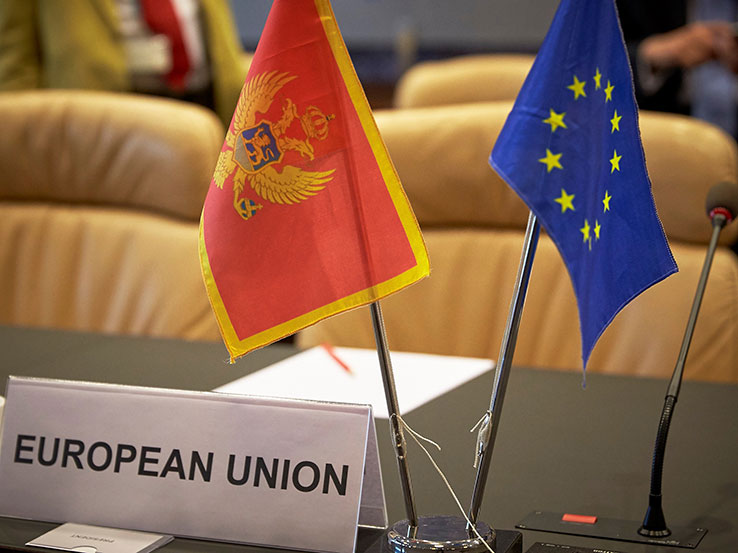 New obstructions for Macedonia and Albania

Although our region is accustomed to inconsistencies in the implementation of the Enlargement Strategy, the news of North Macedonia's latest blockade due to a bilateral dispute with Bulgaria has injected a new dose of hopelessness into EU-Western Balkans relations. Germany in all of its strength failed to "thaw" Bulgaria's position, and this is very reminiscent of the stubbornness of Greece, which kept North Macedonia under blockade for a decade. These decisions are full of senselessness, irrationality, mostly because the start of negotiations does not really have much significance at all. Montenegro was given a negotiating framework eight years ago and there are no guarantees that it will ever complete the negotiations. The negotiating framework is just a formality, the first step on a long journey we need to take, a journey with no end in sight. In this regard, it is expected that the new Negotiation Methodology will help make the process more substantial and political and not just technocratic, as it has been, for the most part, so far. However, one year after its adoption, it has not been elaborated in detail nor has its implementation begun.

The essence of the blockade of North Macedonia is that each member state can at any time "invent" a new criterion, one that is not relevant to the nature of the negotiations, which should be related to the European acquis, good governance, rule of law, human rights, the quality of democracy. This introduces uncertainty, unpredictability into the process and undermines trust. Blocking an aspirant state on the basis of ad hoc issues, such as bilateral relations and different interpretations of history, culture, identity, has absolutely no place in the "policy of conditioning". Unless there is an intention for the negotiations to lead nowhere.

Lots of "sticks", not enough "carrots"

"Deviations" from the planned enlargement policy and established methodology happen continuously, and that fact is quite depressing and it demotivates those who are working on transforming the Western Balkans into a developed, progressive environment. Why? The accession process is difficult and requires our countries to change, to improve, to give up their problematic practices, to restrict absolute power of authoritarian leaders, and in doing so, they actually rightly doubt that they will be justly rewarded for it. The Western Balkans are negotiating according to the strictest criteria so far, compared to all countries that have become members, while some of them have not adopted all the standards themselves. The EU should have an understanding for this reality and, in addition to the "sticks" with which it punishes countries when they do not fulfill their tasks, there should also be more "carrots" with which they will reward countries when they actually achieve results.

Someone from the EU usually retorts to this argument by saying "but you need to implement reforms for your own sake". Yes, absolutely. However, anyone who says that does not understand how seductive power is in it itself, as a phenomenon, and how difficult it is to voluntarily give up such a great supremacy that the Balkan rulers have in their hands. Any successful reform is essentially a conscious renunciation, a reduction in the concentration of power, the introduction of rules, predictability, control, balance, the dispersion of force and power.

Of course, we the people are the ones most concerned by reforms, but it is also a fact that the pressure and "demand" for reforms in our countries is low, insufficient, and the political parties of any government and any party wing are fine with the gaps through which they can pursue their interests, parallel to European values. Clientelism and informal practices are a way of life in the Western Balkans. Progressive forces that are pushing forward are outnumbered everywhere. They are rare individuals and small groups you see in the media, civil society, political party fragments and informal citizens' associations, and the EU needs to recognize this and help such forces by keeping their word. The main reforms are as arduous as fulfilling those New Year's resolutions we nicely planned, but then somehow in the New Year everything ends up the same as before.

Negotiations are long and ineffective. This is made clear by the fact that years go by and there is no progress. They knew that in the EU when they started working on the new Methodology. It is wrong, even meaningless of some EU Member States to assume that the longer the negotiations, the more ready the country will be once it joins. There is a very simple reason for this, and that is that countries for which membership is far in the future do not put in their maximum efforts to complete their tasks now. Back in 2014, when Juncker said that there would be no enlargement, Montenegro immediately reduced its efforts and that reflected on the progress of the negotiations. Why do something in 2015, when there will be no rewards for a long time to come? It is more important to win the 2016 elections, using state resources illegally.

While all this is happening and we are constantly receiving unfavorable signals for the region, the new Montenegrin authorities are saying that there is a real chance that Montenegro will complete the negotiations by 2025 i.e., fulfill all obligations by 2023. It is true that Montenegro is receiving assurances from Brussels that, if it fulfills its tasks, it may become part of the EU. However, such assurances were also given to North Macedonia and Albania. Such assurances have been given to Kosovo regarding visa liberalization. Nevertheless, it seems that something serious and fundamental needs to be improved in the Union's relationship with the Western Balkans so that we can really hope for the desired enlargement.

This blog is published as part of the regional blogging initiative “Tales from the Region”, led by Res Publica and the Institute of Communication Studies,in partnership with Macropolis (Greece), IDM (Albania), Lupiga (Croatia), Sbunker (Kosovo), Ne Davimo Beograd (Serbia), Analiziraj (Bosnia and Herzegovina), PcNen (Montenegro), SEGA (Bulgaria) and HAD (Slovenia). 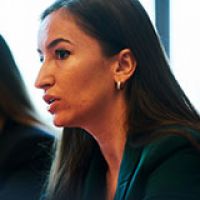 Dina Bajramspahic is a public policy researcher at the Institute Alternativa (IA), a non-profit, think-tank organization. She has been working in that position for ten years and she coordinates the activities of the IA in the program area "Rule of Law", which includes the reform of the security sector and the reform of criminal justice. She is a political scientist by profession, specializing in European politics. She has a registered master's thesis at the Faculty of Political Sciences in Podgorica "Control function of the Parliament of Montenegro in the field of security and defense", in the direction of Euro-Atlantic integration. She is involved in Montenegro's accession negotiations with the European Union as a member of the Working Group for Chapter 23 "Justice and Fundamental Rights" and is actively involved in enlargement policy and EU instruments in relation to the region.