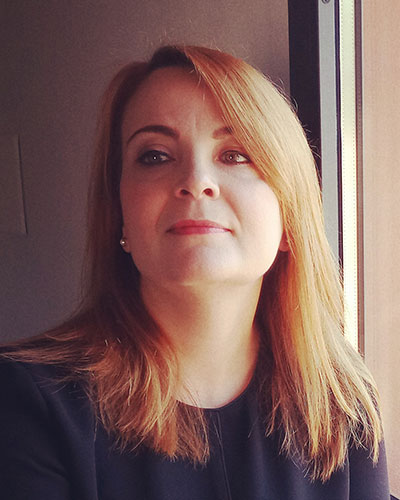 This year Greece will celebrate its 40th anniversary as a member of one of the strongest clubs in the world, the European Union. Greece’s European journey has been quite bumpy and brought the country to the edge of an exit from the Union. Learning the hard way, Greece may have secured its position in the Union, but it still cannot find a way to have a strong role in substantially helping or showing solidarity to aspiring EU member states.

“Europe is a Greek word” - this is what Greek statesman Konstantinos Karamanlis, who applied for Greece’s accession to the European Economic Community in 1975, often used to point out to his European counterparts. His point was clear: that his country, the birthplace of democracy and of Europe’s civilization, naturally belonged to a union of European countries.

Karamanlis felt he had to convince those who had their doubts about whether Greece belonged to the European club. As is now the case for the Western Balkans, any expansion of the European club was always a difficult issue, even in the early days of the Union.

Exclusive clubs always require new members to fulfill some criteria. In the case of Greece, the then German Chancellor Helmut Schmidt was worried about its inefficient public administration and inability to collect taxes from wealthy citizens. In fact, upon hearing of Greece’s desire to apply for the EEC, he famously shouted, “over my dead body.”

However, Karamanlis - with a little help from his friend, French President Valery Giscard d’Estaing - managed to convince skeptical European leaders to set aside their concerns and allow Greece to join their club in 1981. Two decades later, Greece - still with a flawed economy– managed to also join the Eurozone. Fourteen years later, the “weakest link” in the single currency, faced the worst crisis in its relationship with the EU as it teetered on the verge of bankruptcy and an exit from the euro, a notorious “Grexit”.

During this crisis, Greece had few friends in the EU. Even the man who sponsored its accession, Giscard d’ Estaing, advocated for Grexit.

Ironically, during the first European elections in 1979, Schmidt called for “a Europe of solidarity, where one country will help another.” Some 40 years later, this idea remains largely symbolic, even a slogan. There are few examples when EU members have shown solidarity, a fundamental European idea, especially during the economic and the migrant crisis. Maybe this is the reason why Greeks, who are mostly pro-EU, tend to feel the Union does not show solidarity.

This is clearly depicted in a poll focusing on the ties between EU - Greece conducted by MRB on behalf of Konrad Adenauer Stiftung in Athens, in 2019. When questioned to “describe in one word the EU today” 33.5% of the participants say, “lack of solidarity among EU member–states/imposition of the powerful.”

At the same time, 64.1% of the participants believe that Greece has benefited from its EU accession over the last four decades, while only 33.4% believe the contrary. From these findings, the economic crisis and the painful bailout programs Greece had to undertake to keep its place in the euro have played the most significant role in how Greeks currently see the EU.

A better future in the EU

After almost a decade of economic hardships, Greece has started to overcome the strain in its relationship with the EU and the frustration with the Union has started to diminish. In fact, according to a poll conducted by Kapa Research for the Friedrich Naumann Foundation last November, 75% of those questioned believe that Greece will have a better future in the Union.

Some recent examples could justify this.

One of the main concerns currently for the Greek society is the impact of COVID-19 on the real economy. After a long period of sacrifices, a new public health crisis is seriously impacting their everyday life. In fact, 42% of Greeks think that the most significant problem is the coronavirus pandemic, listing the economy as second by 32% and third, unemployment by 8%, a poll conducted for Metron Analysis for Mega TV revealed just a few weeks ago.

And despite all the recent problems of the vaccine rollout in Europe, 55% of those questioned believe that the worst has been left behind, the same survey shows. This optimism of course derives from the certainty that Greece will receive the Covid-19 vaccines secured by EU contracts with Pfizer/BioNTech, Moderna and AstraZeneca. Greece is expecting to have received 1.4 million doses of the Pfizer vaccine by the end of March, according to Health Ministry officials.

At the same time, optimism could also be justified by the €32 billion Greece managed to obtain from the Next Generation EU recovery fund which added to EU structural and agricultural funds, meaning Greece is set to receive €70 billion from the EU over the next seven years. Additionally, Greece is among the seven EU countries to have submitted a fully formed blueprint for the use of resources from the Next Generation EU fund.

Learning the hard way, it seems that from Europe’s pariah, Greece has a chance to restore its image and standing. 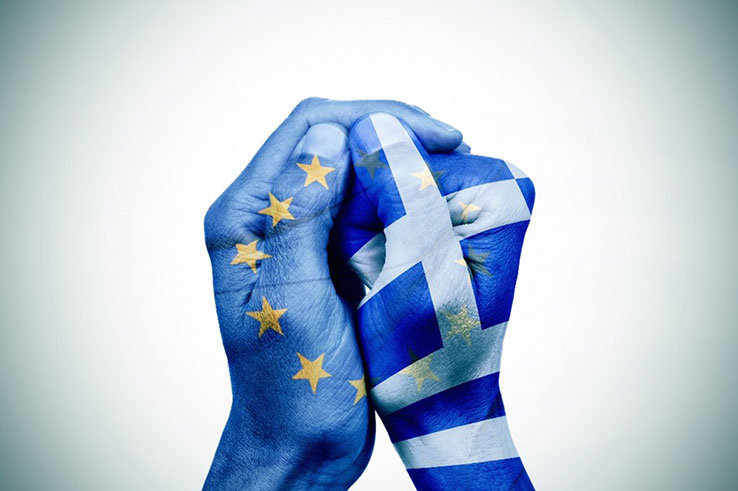 Nonetheless, the wellbeing of one country heavily depends on the wellbeing of its neighbors. Some of Greece’s neighboring countries, like Albania, have either received few vaccines while some others, like North Macedonia, still none.

Even though Greek Prime Minister Kyriakos Mitsotakis and Foreign Minister Nikos Dendias in numerous talks and meetings with officials from the WB have expressed commitment to help the region cope with the pandemic, Greece has not been able to assist either in the first phase of the crisis, or now, when countries in the region are desperate to secure the necessary vaccines for their populations.

One might ask though what Greece could have done. Early in the crisis, when the country received international praise for the way it handled the first wave of the pandemic it could have shared its knowledge and experience with its neighboring countries.

Additionally, Greece did not send any medical supplies, like masks, even as a symbolic gesture, when others like Turkey and China showed immediate reflexes, even compared to the EU. Athens did not even complain on behalf of the WB, when the Union first decided to place restrictions of medical supplies on exports to third countries.

One could say that Greece is part of the EU and in that sense, it has helped the WB, even later than others. However, Greece was also not part of the very recent initiative of 13 EU foreign ministers, who in a joint letter asked from the European Commission “to share the vaccines from the allocated contracts with the closest EU neighbors, such as the Western Balkans”.

It seems there are EU countries not willing to hide behind the Union’s initiatives and relevant mechanisms but are also pushing for more actions and showing solidarity to the Western Balkans, even though some of them are not even close to the region.

Greece, the wealthiest and the oldest member state of the EU in the Balkan region, which always complains about the Union’s lack of solidarity, seems to have learnt only half of its lesson during its EU journey.

It enjoys the privileges of being a member of a strong club, as seen in the securing of vaccines or the money it will get from the Recovery Fund but is not doing enough to show the same solidarity it usually asks for when facing problems. Since last year, the Greek government has been consumed with domestic problems (including the crisis in its relations with Turkey) and the consequences of the pandemic at home.

Its hesitation to help its neighboring countries could be the product of phobia, especially since most ruling New Democracy party voters still reject the Prespa Agreement with North Macedonia, while the government is also swayed by populist media that always put in doubt whether Greece can trust Tirana in forging stronger relations.

Additionally, the government is seeking to enhance co-operation with countries that have managed to successfully deal with the pandemic like Israel, an issue at the heart of Kyriakos Mitsotakis’ recent visit there, perhaps already looking for ways to boost the prospects for this year’s tourism flows.

But the truth is that Greece is also dependent on its neighboring countries in terms of foreign workers, especially from Albania, trade, or even tourism from North Macedonia, or Serbia. If it wishes to get back its “normality” and open again its borders, it should also consider means of helping its neighbors. Aspiring EU members shut out by Europe, including their closest EU member state, are justifiably turning to Russia and China for jabs. This should be an alarming signal for both the Union and Greece, whose vital strategic interests are interlinked with the European accession for the Western Balkans.

Greece, which claims to be the pioneer of the EU’s enlargement with its milestone initiative - the “Thessaloniki Agenda 2003” - should ponder the multiple consequences of allowing its neighbors to become isolated from the EU despite some of them even making painful sacrifices tο join the Union. It is an absolute necessity for Athens to take as soon as possible substantial initiatives to secure for its Western Balkans neighbors at least a clear timeline from the EU for the much-wanted vaccines.

Additionally, by taking seriously into consideration the enormous consequences of further delays in the EU process for the WB, Greece should also play a more active role. It has the necessary diplomatic tools, knowledge, and experience to lead the region - not only in rhetoric but also by sharing with them the know-how to even mediate when necessary, to help them join the bloc.

Europe is indeed a Greek word. But the idea of the EU is built by leaps of solidarity, good faith, good neighborly relations and by looking beyond domestic issues and concerns. It is built by strong friendships. If Greece has learnt its lesson, the time has come to show it.

This blog is published as part of the regional blogging initiative “Tales from the Region”, led by Res Publica and the Institute of Communication Studies, in partnership with Macropolis (Greece), Lupiga (Croatia), Sbunker (Kosovo), Ne Davimo Beograd (Serbia), Analiziraj (Bosnia and Herzegovina), Pcnen (Montenegro), and HAD (Slovenia). 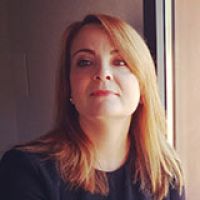 Alexandra Voudouri is a journalist, born in Athens. She has studied at the National University of Athens (BA) and at the School of Journalism, Media, and Cultural Studies- University of Cardiff, UK (MA). She is covering diplomatic and European affairs issues, while focusing on developments in South Eastern Europe and mainly, in the Balkans. She is currently a foreign affairs analyst for the news service Macropolis.gr, while presenting a daily show focusing on diplomatic and international affairs at the Athens Municipality's radio station, Athina 9.84fm.