Organized crime in Serbia is a state affair

For the last ten years or so, Serbia has been experiencing a mutant expansion in the construction industry, a branch that, due to poor regulation and almost no control, is perfect for laundering illegally acquired capital.

It is impossible to talk about organized crime in Serbia without mentioning the state itself, which, for the most part, is a kind of patron and monopolist over that type of crime. Corruption scandals, unscrupulous practices in public procurement, organized criminal groups of "fans" in charge of intimidation and provoking violence, etc. "are directly related to the establishment. In mid-September last year, the State Department issued an official warning not to travel to Serbia because of "Covid and organized crime."

Businessmen and financiers of the SNS in Serbia, while blacklisted due to organized crime in the USA

The recent spectacular arrest of Veljko Belivuk and his clan unearthed direct links between the criminals and the then top members of Serbian police, with whom the criminal group’s leader had been in close contact for years. Relying on criminals in state affairs in Serbia has been a practice established for years, not only on the streets and in election campaigns, but also in public procurements.

The controversial businessman from the north of Kosovo Zvonko Veselinovic and Milan Radoicic, vice president of the Serb List, the leading Serb party in Kosovo, who are also linked to the assassination of politician Oliver Ivanovic, have been blacklisted by the US Treasury Department for links to transnational organized crime, which will prevent them from entering and working in the United States.

The findings of the US Treasury Department indicate suspicions of corrupt practices between the Veselinovic brothers and politicians in Serbia and Kosovo. At the same time, Veselinovic and Radoicic are the owners of numerous companies in Serbia that receive the largest state projects through tenders, such as the construction of international highways.

At the local level, contracts advertised by local governments are also exclusively awarded to companies close to the government, most of which are newly established by people with direct ties to the government. In this system we have already elaborated, the amount of money that the "investor" receives via that contract from the budget is "returned" i.e., it is shared with the politician whose influence was used to set the job up.

Fans: debt collectors and instillers of fear among the competition

To ensure that a politically eligible company is awarded a contract, the so-called "fans" are hired again, who, by intimidating possible competition, guarantee that only acceptable entrepreneurs who are willing to cooperate will apply for the tender. Of course, their services are not free of charge, so it often happens in Serbia that former thugs from stadium stands, with questionable backgrounds and criminal files, become businessmen and business owners. Thus, the construction company "Ultra Kop", backed by one of the leaders of the Red Star fans, Marko Vuckovic, aka Komandant, were awarded a contract worth more than 840,000 euros from the Electric Power Industry of Serbia (EPS).

Vuckovic is the leader of the Delija subgroup - "Ultra Boys", against which the police filed criminal charges that were either not processed or the proceedings lasted for years until the statute of limitations came into force. According to Insider, "Ultra Kop" got the job thanks to the consortium with "Elektroizgradnja", a company owned by the City of Belgrade. The construction company "Ultra Kop" was founded in the middle of 2015, with a registered address at the Red Star Stadium and the business building within the stadium in Ljutica Bogdan.

Construction and real estate development have been a way of absorbing illegal income for many years. For the last ten years, Serbia has been experiencing a mutant expansion in the construction industry, a branch that, due to poor regulation and almost no control, is perfect for laundering illegally acquired capital. According to rough estimates, more than 50,000 construction sites are active in Serbia on any given day, and real estate prices are artificially inflated, which is also a way to launder money. 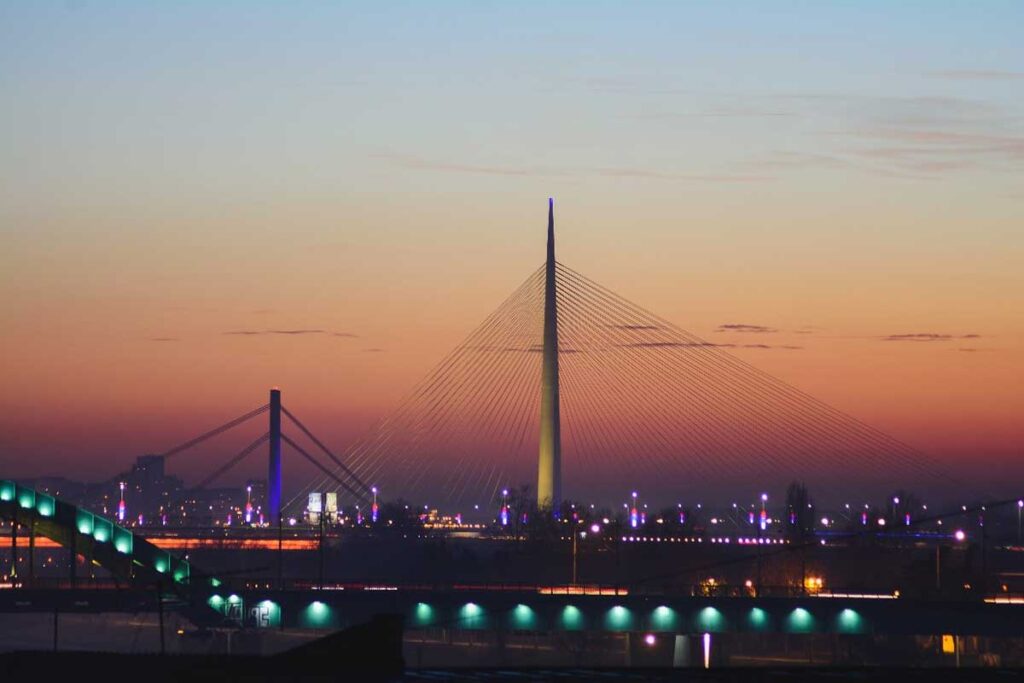 Currently, the prices per square meter in Serbia, depending on the location, reach incredible amounts of 2,000 to 10,000 euros, on average at least 30 percent higher than realistic prices. Investors in Serbia are not obligated to show proof of the capital they plan to invest, and most new buildings in the country are allegedly built with the money of fictitious "resale buyers”.

In addition to local "businessmen" in Serbia, money from Republika Srpska is laundered through the construction gray economy, and some construction companies are justifiably suspected of being virtually covertly owned by a member of the Presidency of Bosnia and Herzegovina and the leader of the leading party in Republika Srpska. Dodik himself recently found himself on an expanded list of sanctions for acts of corruption by the US Treasury Department. And corruption is also one of the most organized branches of crime in Serbia.

Corruption in the public sector as a business model

According to the research of the NGO Partners of Serbia, on the processing of corruption cases, most court proceedings in Serbia are conducted for the criminal offense of abuse of official position, while the least proceedings are for bribery. Of the total number of defendants, two-thirds are people engaged in the public sector. Among them are police officers, communal and traffic police officers, doctors, company directors, traffic engineers, and lawyers in local authorities.… crime in Serbia is practically the most present among those whose obligation and duty is to fight crime.

Sporadic clashes between the state and crime within its "own ranks", such as the arrest of former Deputy Chief of the Service for the Fight against Organized Crime (SBPOK) Goran Papic or former State Secretary of the Interior Diana Hrkalovic, essentially are more indicative of clashes within the ruling party and individuals who “got out of control“. Hrkalovic, who is still in custody, was arrested at the end of October 2021, allegedly on suspicion of getting rid of evidence after the murder of Vlastimir Milosevic in January 2017. Her work in the Ministry of the Interior was accompanied by numerous controversies, primarily due to her unusual background, and above all her connections with fan groups, primarily the notorious Veljko Belivuk.

Crushed enemies and planning the assassination of Vučić

According to Police Minister Aleksandar Vulin, Serbia "prevented the formation of a new Zemun clan" by arresting Belivuk and his criminal group at the beginning of last year. However, Belivuk, as the leader of FC Partizan fans, ruled the Belgrade underground for years. Members of his fan group "Principles" have worked for years as "security" in all Belgrade clubs, and were also in charge of drug dealing, as well as racketeering businessmen and cafe owners. Dozens of criminal charges have been filed against the "Principals" for severe crimes, but most of them have not been processed to this day, or are in the investigation phase.

It was widely believed that they had protection at the very top of the government, and some joint photos of those fans with Serbian politicians and ministers, embracing each other at nightclubs, further confirmed those suspicions. Currently, the criminal group of "Velja Nevolja" is charged with several brutal murders and mutilations of victims, including "grinding down body parts with a meat grinder". Belivuk was described in the media as an alleged member of the Montenegrin "Kavac" criminal clan.

According to the research of the KRIK portal and Radio Free Europe (RFE), the conflict between the "Kavac" and "Skaljari" clans so far has a count of 171 people killed. This number includes murders conducted in the period from 2012 on the territory of Serbia and Montenegro who contain features and elements of mafia hits. A few days ago, the leader of Kavač, Radoje Zvicer, was characterized by Serbian tabloids as a man who planned the alleged assassination of the President of Serbia, Aleksandar Vučić.

Corruption has become a part of the tissue of politics in Serbia, with no end in sight. 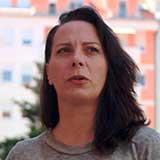