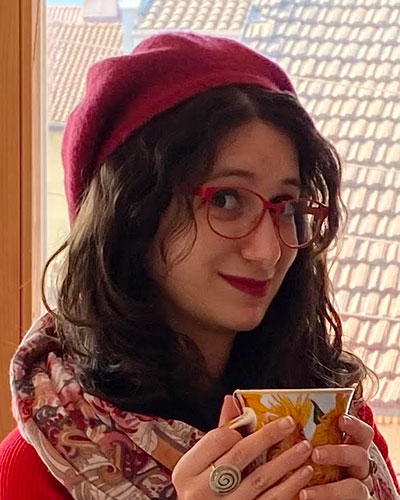 Transgender people in Macedonia are effectively second-class citizens. The most important thing to remember is that those transphobic narratives in the country are completely wrong.

Inaccurate and transphobic narratives about transgender people are spreading globally and locally in our country (these are people with different gender identity than the gender assigned to them at birth). The narratives are saying that these people are trying to "corrupt children" and impose a "transgender ideology" on the majority. These narratives invert the relations of power, portraying the transgender people as a force that oppresses the "ordinary man", rather than a marginalized minority that in most parts of the world still lacks basic human rights, such as adequate access to health care services for medical transition and legal recognition of their gender.

In the last ten years, the transgender community has gained exponentially more media attention and visibility than ever before in history. A survey from 2019 carried out by PRRI (Public Religion Research Institute) shows that 24% of Americans have a close friend or relative who is a transgender person. According to another research of IPSO (Independent Press Standards Organization), the media coverage of transgender issues in the British media increased by 400% in the period 2014 to 2019. The same trend is not present in the Macedonian media, but according to research of the “Margini” Coalition regarding the media coverage of topics related to the LGBT community and gender-based violence published in November 2021, transgender people stand out as a special topic of interest in the media.

In her article in Vox, Burns writes about how the visibility of the transgender community increased sharply during the 2010s, but also how that visibility brought with it other dangers for this community. According to Burns, this visibility is largely due to the global reach of the Internet and several major media events such as the public "outing" of the whistleblower Chelsea Manning i.e. her public coming out about her identity as a transgender woman in 2013.

The other big media event was the cover of the Time Magazine in 2014 with Lavern Cox, the transgender actress from the popular Netflix series "Orange is the New Black", with caption: "A turning point for transgender people: the next front of civil rights in America." Burns certainly mentions the third major media moment: the public transition of the Olympic athlete Caitlin Jenner who "outed" with a glamorous photo on the cover of Vanity Fair in 2015 through which she told the world that she was a transgender woman.

These high-profile transitions have increased the interest of the media and the public around the trans community, but at the same time there has been a conservative resistance to these changes. In the above article in Vox, Katelyn Burns writes the following about the reaction of the conservative right after the legalization of same-sex marriages in the United States in 2015 by the Supreme Court:

"The biggest LGBTQ [lesbian, gay, bisexual, transgender, queer] struggle in the legislature and the courts so far has resulted in a catastrophic loss for the religious and cultural conservatives. However, instead of packing up and going home, the far right has simply shifted its focus to a new, more vulnerable group - trans people."

In the period after 2015, organized attacks on the trans community at the legislative level increase dramatically, such as attempts to pass various laws that would regulate which toilets could be used by trans people. In recent years, the right has also become increasingly concerned about the participation of trans women in women's sports and the use of hormone blockers by trans teenagers. 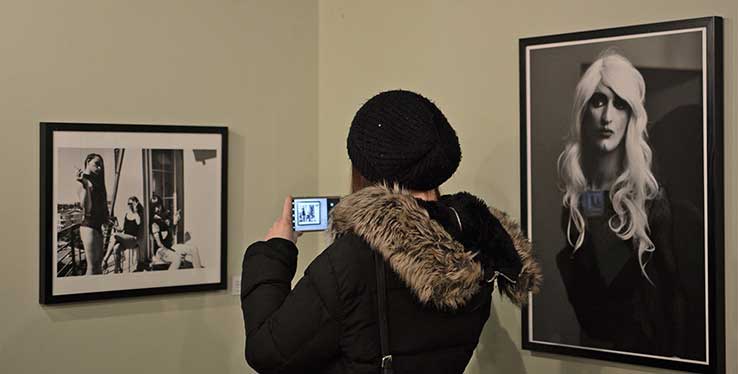 About the Western transphobia imported in Macedonia

Why is this recent US history important to Macedonia? Due to the availability of information on the Internet, the same American and Western European transphobic discourse reached our country as well, endangering the lives and dignity of the Macedonian trans community. The “Od Nas za Nas” association, the “Save the Marriage and Family” Facebook group, and the “Take Responsibility” Facebook page have long been spreading misinformation and fake news about comprehensive sexual education (VSE) largely through transphobic tactics that have been virtually copied by the American right. These groups popularized the contradictory and transphobic term "transgender ideology." This term is not only transphobic, but it also makes no sense because there is no unified ideology that all trans people believe in. That is, not all trans people experience or understand their identity in the same way and we cannot therefore say that there is a transgender ideology.

Undoubtedly, domestic and foreign transphobes see the very existence of trans people as a kind of ideology through which a minority is supposedly being imposed on the majority. These transphobic narratives generally portray the trans community in a monstrous way, as "deviant" people that "mutilate" their bodies and are trying to "indoctrinate" children. These movements also portray transgender people as powerful political actors, not as a marginalized minority. In that context, in the article written for Sloboden Pechat, Manja Velichkovska writes:

[Anti-gender movements] have the power to create a parallel reality in which LGBTI people, including transgender people in particular, are antagonized and presented as untouchable and corrupt elites who demand more than anyone else. By overturning and perverting their positions, they present them as dangerous and external enemies that are new and imported.

Even a lot of people commenting on the Facebook post on which my article about "transgender ideology" was shared, had exactly these same ideas about trans people, but also about me as a supporter of this community. One of those that commented even assumed that I did not live in Macedonia and wrote: "Elena Gagovska - stay in the west and do not return here", implying that I am some "Western political actor" who pushes imported ideas.

Other comments (most of which have already been removed due to obscene speech) talked about how the trans people will eventually "wipe out the women" because we are no longer talking about biological sex, but about a socially constructed gender. That is, many of the comments were not only about the "traditional" transphobia originating from the ignorance of transgender issues, but many of those who commented had some "knowledge" of the transgender community and their comments contained "more sophisticated" transphobia based on transphobic narratives constructed in the last 6 -7 years by the right and the anti-gender movements that Velichkovska writes about.

In fact, the comments on the article confirm the fears that Western transphobia, which did not exist before in this region, is being massively imported to Macedonia via the Internet. The trans community in Macedonia has been ignored and marginalized for years (which is now gaining more visibility due to the work of the trans activists, as well as the two pride parades), but it has never been the target of such an organized movement before.

The most important thing to remember is that these transphobic narratives are completely wrong: trans people are simply not a deviant Western elite trying to destroy society and corrupt children. The trans community in Macedonia has no basic human rights and is practically unrecognized by the government authorities. A Law on Civil Registry has not yet been adopted, which would clearly define how trans people would be able to change the gender marker on their IDs and they still have inadequate access to health services – these are barriers that have a daily effect on the lives of the trans people.

On 10 December 2021 a transgender man published an anonymous letter at Meduza in which he explains what systemic transphobia he has faced and how trans men in Macedonia have been facing a huge health crisis in the last year since the license of the pharmaceutical company Galenika to import testosterone depot (a drug needed for medical transition for many trans men) has expired. The letter reads as follows:

Given this, and the fact that medical services for trans people are not covered by the fund, medical transitions are almost impossible under "normal" circumstances. Trans people are almost non-existent in the system, and that puts them in a life-threatening position. Even the most basic thing like finding a family doctor, something most people do not even need to think about, is a challenge for trans people, who cannot be sure whether their family doctor will accept their gender identity and be able to offer assistance.

Trans people in Macedonia are effectively second-class citizens. Learning about their existence within the education, changing the Law on Civil Registry and adopting other policies that would make life easier for the trans community is not a pushing for a "transgender ideology", but a struggle for basic human rights that should be supported by all who advocate for an egalitarian, pluralistic and fair society. 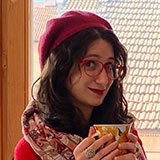