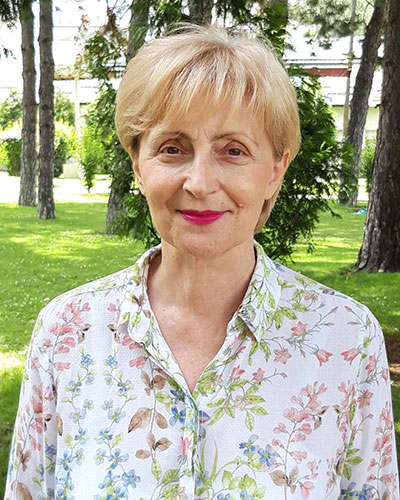 The country should always start with the public interest, and that is provision of a healthy and quality life for the citizens. All other activities and actions should be in function of this premise. Therefore, the mining can be developed only at locations where it shall not endanger settlements and biodiversity.

The mining became a trending topic in Macedonia in 2016 when the public learned about over 80 concessions issued for exploration and exploitation of mineral resources. The technological procedures for extraction and processing of ore have become more available, with all the consequences for the environment. It created a widespread civil movement against the opening of mines in the Southeastern part of the country, among fertile fields and tourist resorts. Thanks to protests, referendums, parliamentary debates and analysis of concession agreements, two concessions were revoked (Kazandol and Ilovica-Shtuka) and changes were made to Law on Mineral Resources on 9 January 2019 that included prohibition of cyanides and sulfuric acid in open pit mines.

Environmentalists versus business and institutions

The mining business strongly opposed it and stroke back by prompting the Ministry of Economy to propose controversial amendments to the Law on Mineral Resources, submitted under a summary procedure at the end of 2020. The analysis showed that the Law contains over 400 amendments, half of which are problematic! It provoked a strong civil reaction, so the activists from the "Clear It Up" Alliance came up with an initiative for withdrawal of this Law at the beginning of 2021. It’s unclear whether their arguments were strong, or the civic coalition was large enough or whether the timing was right – just before the "green" rebranding of the party from whose ranks the competent Minister was, but the point is that the Law was withdrawn! The environmentalists have entered into negotiations with the Ministry of Economy for in-depth amendments to the entire Law on Mineral Resources.

The Law on Mineral Resources is one of the most complex and complicated laws, with the greatest potential consequences for the environment. Big “players” are operating according to this Law and they have a huge influence on the text. Interesting and instructive was the tripartite debate between the Ministry, the mining business and the environmentalists, during the month of May this year. The outcome is still uncertain until we see the final version of the Law.

Why is it so difficult to reconcile the three parties? They simply have very different interests and commitments. The environmentalists start from the requirement for extremely careful and sustainable consumption of mineral resources, which are in limited quantities in nature. The mining business, on the other hand, is running after increased exploitation, due to the huge profits. Currently, there are fierce debates in the world on scientific, professional and political forums, on the issue of the so-called "sustainable mining", imposed by the mining business. Politics accepts this term, considering it compromise and realism, while the “greens” from both science and politics strongly oppose it: There is no sustainable mining, it is an oxymoron!

In the Macedonian case, the institutions are also driven by the political desire for a compromise solution, so they make an attempt to balance between mining and environmental protection. However, it is like mixing water and oil. As a Government, you should start from what is in the public interest, and that is provision a healthy and quality life for the citizens. All other activities and actions should be in the function of this premise. So, the mining business can be developed at locations where it does not endanger settlements and biodiversity. This means – not in people's yards, not in the fields, not by the water, not in protected areas… Considering how wide our country is, the following motto must be accepted: Macedonia is too small for the big appetites of the mining business!

Environmental gaps in the law

What was problematic in the proposed amendments to the Law on Mineral Resources and what at negotiations with the Ministry? There were a series of provisions that favored the concessionaires, at the expense of nature and the country. This meant that the trend of unsustainable extraction of mineral resources, without measure and protection for nature, would continue and intensify. It also meant that the laws on environment, nature, water, and inspection will be circumvented even more. An additional problem was that even the mentioned laws were not in the best condition and fully harmonized with the most recent Directives, so they were being finalized or before adoption in the Parliament.

The current version of the Law on Mineral Resources also has serious environmental gaps that came to the fore during its implementation. One of the biggest problems is the absence of the public in the procedures for issuing concessions for exploration or exploitation. Practically, the public is only involved in the environmental impact assessment procedure, and we know how consistently public hearings are conducted on these important documents. In some cases, they look more like a secret municipal or neighborhood circle than a public hearing. Just to pass it formally, without expressing or hearing the opinions of the locals, which violates the Aarhus Convention. Therefore, environmentalists demand full transparency and involvement of the citizens in each phase of granting concessions, as a key factor in the decision-making process. 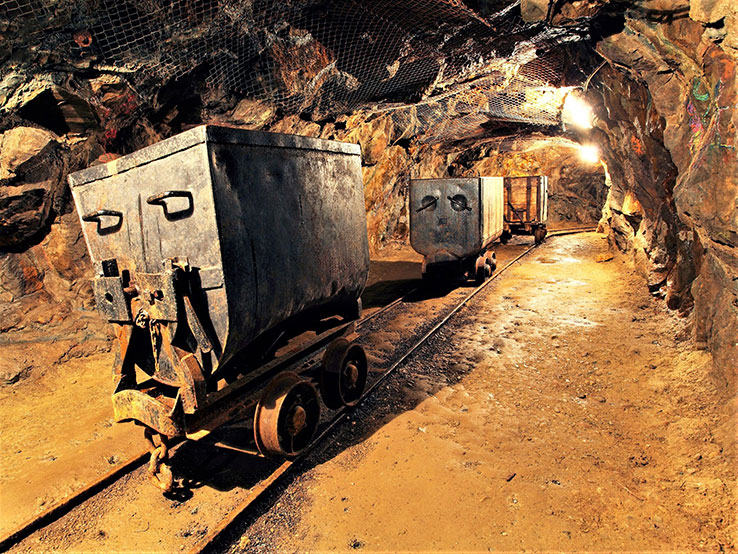 The most common and easily accessible usurpation of nature occurs with concessions for excavation of sand and gravel. No A-integrated environmental permits are issued for these concessions through the Ministry of Environment, but municipal B-permits or elaborates, which do not require an environmental impact assessment study. Thus, the concessionaires easily obtain these concessions and rampage in the vicinity of settlements, especially on river and lake beds. This is a highly lucrative and corrupt activity in many cases. According to the Law on Waters, it should be approved only for environmental purposes, for regulation of riverbeds and prevention of erosion, according to a program and plan adopted by a local municipal council. That is why an in-depth change of this part of the Law is needed!

A special environmental headache are the tailings, which are huge reservoirs with liquid waste – leftovers from the processing of mineral raw materials using leaching or flotation. They are the biggest threat to the environment, not for ten or thirty years, as is the duration of the concession, but probably until the end of the world! Because those huge lakes in the bowels of the mountain, full of cyanides, sulfuric acid or other toxic substances, are a potential environmental catastrophe if the dam leaks or sinks.

According to Professor Ljupcho Petkovski from the Faculty of Civil Engineering, expert on large dams, "tailings dams are embankment structures with the highest potential hazard for the environment." He also adds that "The multidisciplinarity of the tailing locations points to the fact that only with the equal participation of experts in hydraulics, mining, geotechnics and environment we can devise a correct and harmonized solution for these complex engineering creations." And it is exactly this multidisciplinarity that is missing from both the legal text and the practice!

There are more than 200 major disasters in the world due to tailings spills, mostly in mines of gold, copper and other metallic raw materials. Among them is the Macedonian case in the lead and zinc mine "Zletovo" in Probishtip that happened in 1976, when the sediment dam which was 25 meters high collapsed, and 300,000 cubic meters of tailings spilled from the sediment lake, which polluted the valley and the water supply to the city of Shtip, which was interrupted more than 24 hours.

Therefore, we need to understand the justified fear of all conscious people from Strumica who know and understand the technology offered in the project for the gold and copper mine "Ilovica-Shtuka". A real nightmare is the very thought that such a tailings dam of 276 meters high, full of cyanide solution, would hang over their heads, in a possible mine located up on the beautiful Ograzhden, above the fertile Strumica Field!

In the proposed legal text, as well as in the old version of the Law, there is almost no mention of the topic of construction of tailings, their management, control and maintenance after the closure of the mine. The Ministry had negative response to the requests from the "Clear It Up" Alliance that demanded to include these parts, because that matter was already covered in the laws on construction, environment, inspection supervision, etc. They did not accept that all important elements must be included in one place – in a specialized law such as the Law on Mineral Resources, and the tailings pond is definitely one of the most important and environmentally most trending hotspots in any mine!

Recommendations from the auditors

Quite unexpectedly, during June 2021, the State Audit Office got involved in the environmental struggle over the mines and the Law on Mineral Resources, with the performance audit in the management of mineral resources 2016-2020. The audit report came at the right time to support the many demands of the “Clear It Up” Alliance. After a precise and quantitative analysis, the report concluded: The exploitation of the mineral resources in Macedonia takes place without sufficient serious control by the institutions, without thorough supervision by the state technical inspection, with extremely modest and incompletely paid concession fee for the state, and convincingly in the interest of concessionaires.

The same problems were detected earlier by civil activists, with a special remark on the discretion of the Government to issue and revoke concessions, regardless of the negative opinions of a number of institutions and the local self-government. Auditors and environmentalists have an identical view on the issue of reclamation of degraded mining areas, insisting that the legal obligation for the state to set aside 4% of the concession fee for the preparation of an annual reclamation program should remain. In the recently proposed amendments to the Law on Mineral Resources, this obligation was removed and it is left to the concessionaires to take care of this by themselves. However, it is clear that, without Government control, the situation of irresponsible abandoning of mining areas after the depletion of the ore in a state of a devastated area, would continue.

The audit report concludes with recommendations for the institutions to start from the public interest, with a strategic approach to the scope and manner of geological research and exploitation of mineral resources, by ensuring "sustainable" exploitation. For that purpose, they need to strengthen their capacities so that they can monitor the operation of the concessionaires and the collection of concession fees in an organized and professional manner. The Government must provide effective control mechanisms in all phases of the concession: financial guarantee in case of environmental damage, publicly available data on the procedure under which the contract was concluded, oversight of the pollution of the nature and the quantity of mined minerals as well as oversight over the land reclamation measures.

A very important environmental recommendation from the Audit is to impose obligation on the existing open pit mines, which continue to work with cyanide and sulfuric acid, to comply with the environmental permits in accordance with the new Directive for industrial emissions 2010/75/EU. Finally, a quick and fully transparent process is required from the Ministry of Economy to adopt a new Law on Mineral Resources, by involving the expert public.

Environmentalists are ready, the Government is on the move! 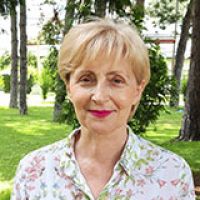