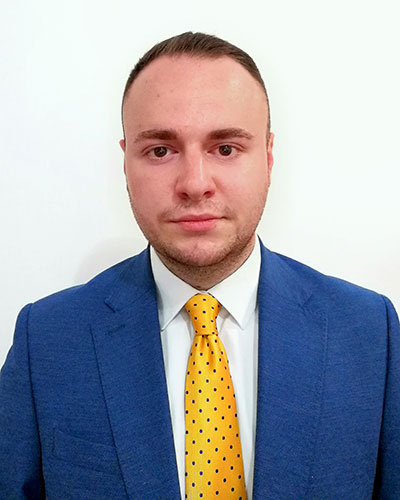 A peak behind the curtain of possibly the largest geostrategic project in the first half of the 21st century.

There’s been a lot of commotion in the past few weeks concerning the strategic partnership called "AUKUS". AUKUS is a strategic trilateral military alliance between Australia, the United Kingdom and the USA, initially aimed at building a nuclear-powered class of submarines, but also to collaborate on cybersecurity, AI, and perform joint work in the Indo-Pacific region, where China’s upswing is considered an amplified threat, although China's name has not been mentioned. This means that Australia is abandoning the 2016 contract with France for the construction of 12 diesel-electric submarines, worth 90 billion Australian dollars (56 billion euros), something that the French immediately described as a "knife in the back".

The background of this series of acts, however, goes much deeper than it seems, because these are huge geopolitical opportunities and outstanding issues, so big that AUKUS may well represent the biggest strategic project at least in the first half of the 21st century.

What prompted Australia to take this step?

The rapid increase of China's military power and the creation of the world's largest naval force over the past decade have impelled China to make bold moves not only in the Indo-Pacific but also globally, disputing long-standing US maritime dominance, and especially its strategy for the South China Sea.

China's increased military activity has set off the alarm in many countries that have their own interests in the region, be they resident or not, and Australia was among them. Although Australia has long held the position that it should not take sides between the United States or China, its stance concerning China has become harsher in recent years. In 2019, Australia accused China of being responsible for a hacking attack on Parliament and the three largest political parties. Relations were further complicated last year when Australian Prime Minister Morrison called for an investigation into the origin of the coronavirus and that investigations should not be blocked by some countries, alluding to China - something China perceived as an accusation. Following this, China retaliated by imposing economic sanctions on Australian exports. This greatly contributed to Australia’s government beginning to fear China.

On the other hand, the question arises, why Australia had to abandon the contract with France for diesel-electric submarines and put itself in a position of deteriorating relations with France, but also weakening its reputation in the world in general? The short answer is opportunism. The long answer is a bit more complicated.

Namely, the agreement between the Australian and the French governments and the French company DCNS (also known as Naval Group) which was in charge of building the submarines, was something that caused many headaches for the Australian government. Initially, in August 2016, before the agreement was officially signed, but after it was announced, the company DCNS admitted that it was hacked after 22,000 documents were leaked, which caused concern among Australians about the project. Australia was then surprised by the calculations related to the purchase and maintenance of the submarines.

Initially, the project was supposed to cost AUD 50 billion, and then in 2019 it was estimated at AUD 90 billion. Finally, the main problem for Australia was the time it would take for the submarines to arrive, which was way too long. Australia urgently needed new submarines to replace its six old Collins-class submarines, which were scheduled to be withdrawn in 2026. While in the most optimistic of scenarios, the first submarines are unlikely to be delivered sooner than 2035. Without submarines, Australia would be left vulnerable in times of heightened tensions with China, and that was not going to work. All of this, plus the possibility of acquiring nuclear-powered submarine technology, has made France an unsuitable partner for the Australian government, thus it turned to its two "historic allies". 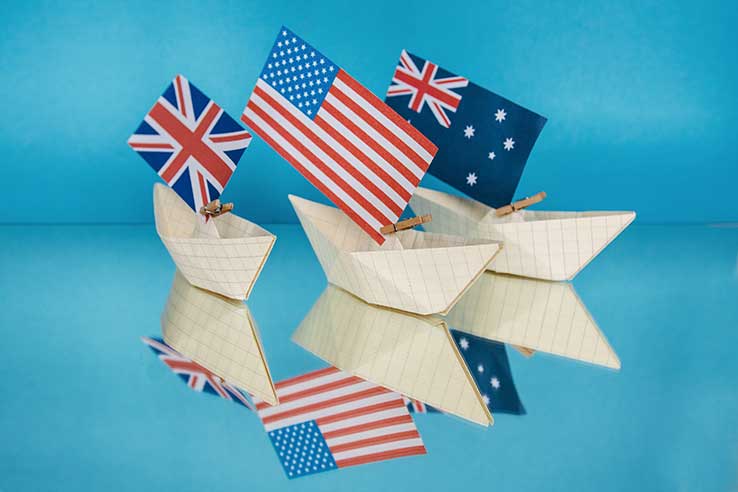 It is very important to mention that France has been present in the Indo-Pacific for a long time. The French territories in that part of the world, in the south of the Indian and Pacific Oceans, cover an area of ​​about 10 million square kilometres, which gives France one of the largest Exclusive Economic Zones (EEZ) in the world.

France also maintains a military presence in the region. It has permanently deployed 7,000 military personnel throughout the region: 4,100 in the Indian Ocean and 2,900 in the Pacific. Among other things, France has deployed in this region several fighter jets, helicopters, tactical transport aircraft, surveillance frigates, patrol boats (including 1 polar patrol boat), multi-mission ships, maritime patrol aircraft. France also has EU support for Indo-Pacific activities, as it is the only resident Member State in the region. Also important in this context are France's strong partnerships with India and Japan.

All of this strengthened France's self-confidence, persuading the country that, through its favourable position in one of the most important regions in the world, it will be able to impose itself as a key player in many processes. However, it failed to anticipate some things.

AUKUS cost France dearly. First, USA and UK won Australia over to their side, thus creating a more favourable position for themselves and undermining the "Paris-Delhi-Canberra" partnership that Macron promoted in 2018. Second, they lost a deal worth 56 billion euros. Third, the agreement itself in the eyes of the French government was the basis for advancing Franco-Australian relations over the next 50 years. Fourth, the French government has lost the trust of its key partners. Fifth, the termination of the contract bruised the "French military ego."

The French Minister of Foreign Affairs, Jean-Yves Le Drian was loudest and harshest after the termination of the contract. That certainly was for a reason. If you look at Le Drian's biography, you will see something quite interesting. Namely, before performing the function of Minister of Foreign Affairs of France, from 2012 to 2017, Le Drian was Minister of Defence on two occasions. As Minister of Defence, his greatest success is considered to be the agreements made with Egypt, Qatar and India for the sale of French Dassault Rafale fighter jets, manufactured by the French company Dassault Aviation, where he was directly involved in negotiations with some countries and the signing of the contract with Australia in 2016 for the construction of the submarines. Hence, it is clear why probably the "favourite" politician of the French military industry, Le Drian, saw this as his own personal defeat.

But France also has to face the geopolitical reality. France does not seem to take into account the buyer's supply of spare parts and additional upgrades during the war when selling weapons during peacetime. Hypothetically, in the event of a war between China and Australia, China could view the supply of spare parts and upgrades as a direct interference by France and/or an act of aggression. Would France stand firmly behind Australia and enter into a conflict with China in that case? Probably not.

Throughout this story, the question must be asked why the United States are giving Australia this type of high technology, which they have only shared once, with the UK? Probably the answer would be that either it is part of US interest or that it is the price they have to pay. Some senior politicians have already assessed the move as a threat to US national security, but the question is how merited that is.

It is obvious that the Biden administration knew from the very beginning what exactly it was getting into and that this is a step that has been planned and prepared in advance. After the US withdrawal from Afghanistan, many were wondering why it happened so quickly. AUKUS is the reason. It is only a matter of time before the United States begin to focus their resources and personnel on dealing with their new threat - China.

In this gauging of strength, Australia needed the United States just as much as the United States needed Australia. With nuclear-powered submarines, Australia will be able to patrol key strategic points and straits such as Lombok, Sunda and Malacca, as well as conduct operations in the South China Sea. On the other hand, the United States would probably be able to accommodate its warships in Australia's northern ports, which would further facilitate their presence in the Indo-Pacific. 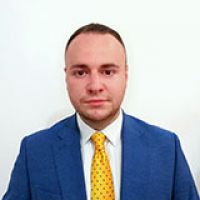