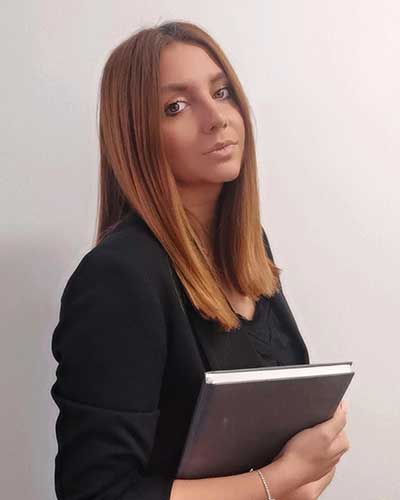 In consideration of all the lessons learned from this pandemic, the question now is how can we use behavioral economy to create major change in the future on a global scale?

In response to the pandemic, experts around the world have identified cognitive biases – part of human rationality – in order to direct human behavior, reduce the spread of infection and mitigate the enormous damage caused by the coronavirus. During the pandemic, several main biases were noticed.

We do not make our individual choices in isolation. The choices we make and our behavior depend on many social factors. As social beings, we need to examine how other people react to a new situation in order to assess how we should react to it.

Herd behavior is also extremely important for survival in the field of decision-making. This can lead to negative consequences (if our circle of friends does not comply with the measures, it is likely that we will not comply with them either) but also positive ones (when employers start noticing that most of the companies start to work from home, they also feel the pressure to introduce that as well).

People who are perceived as important in society also have a big role in the behavior of the people. The most effective messages during a pandemic are those that come from medical professionals, from celebrities, who are spoken out and expressed in a casual and informal way. When we notice that the "herd" or the group of people with whom we identify in society, undertakes some behavior, we tend to want to be part of the movement, part of the trend. This cognitive bias has been successfully used in countries around the world in order to influence the behavior of the citizens.

In Macedonia, many creative posters were created by famous artists. Several creative platforms also emerged that aimed to create moral and ethical standards during the pandemic, such as Sedi Doma (along with the hashtag #sedisidoma) and many others.

People have a tendency and need to create and follow routines and habits. The routines we are familiar with, to which we are accustomed all our lives (on an individual and social level) are an inseparable part of our daily lives. Because of this, we have very strong standardized behavior that we keep repeating. This is usually good when it comes to social organization: to have a standard routine and way of doing things is better than to function completely spontaneously, but those standard behaviors, on the other hand, are extremely difficult to change.

During the pandemic, we had to adopt a lot of new behaviors and make a change – in other words, to live in a non-standard manner. Habits like hand washing more often than usual, disinfecting products are all new and difficult to adopt. Shaking hands, hugs with our loved ones and with acquaintances as well as touching the face (the average person touches his face more than 23 times in one hour) are difficult to eradicate.

These are some standard values ​​and behaviors that are deeply entrenched in our psychological profiles and therefore very difficult to change. This need for status quo unknowingly is leading people to reject the desirable and to dismiss the unwanted and risky behaviors in the context of the virus.

The cognitive bias for normalcy is also known as the "ostrich effect". It basically means that we "put our heads in the sand" and pretend that things have not changed, when in fact the evidence suggests that they actually have.

This tendency is especially dangerous in a pandemic situation because it leads people to undesirable and risky behaviors that can adversely affect their personal health and the general health. For that purpose, when politicians and government institutions notice non-compliance with the measures, news about the danger of the virus, photos of patients on respirators, information about the declining capacity of the health system, etc. are all increasingly circulating in the media.

The institutions, in certain periods of an alarming increase in the number of infected, had to address the consequences of this cognitive bias with stronger messages such as the following ones, in order to convey the message that "Nothing is normal": 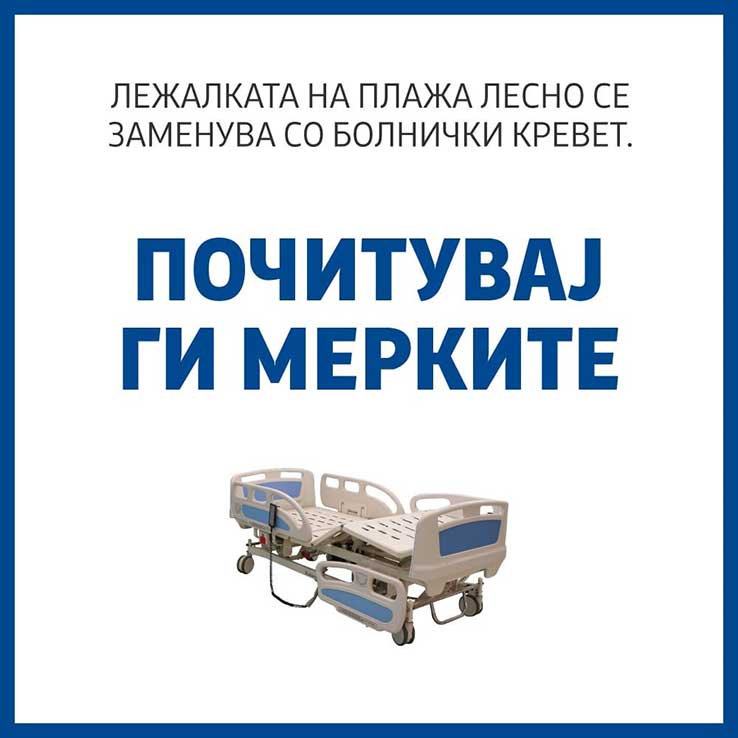 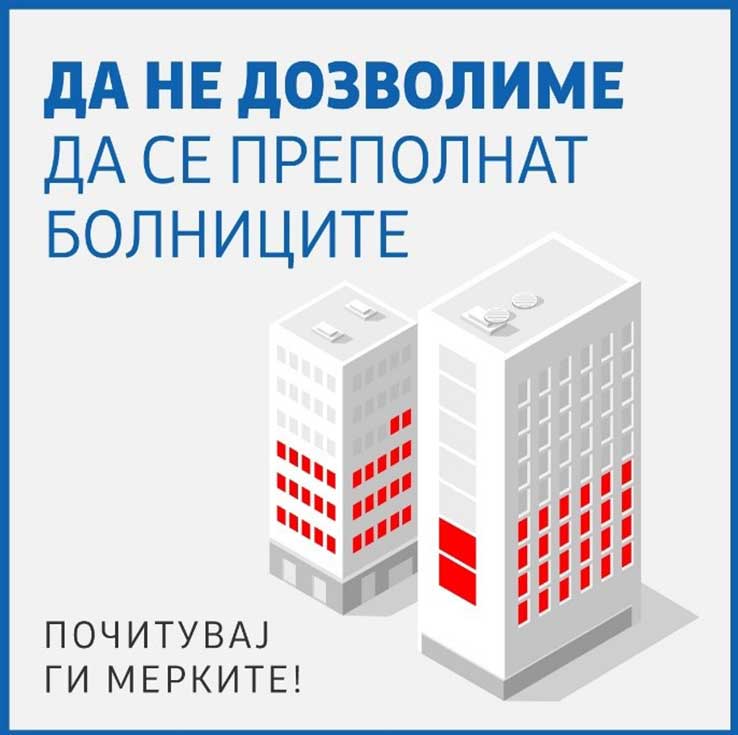 This cognitive bias says that we tend to feel the effects or impact of the loss more seriously than we appreciate the benefits and positive effects of the gain. In other words, when we lose something, the intensity of the negative emotion we feel at the moment is much stronger than the intensity of the pleasant emotion we feel when we gain something.

This was largely observed throughout the pandemic because the loss that the people felt (loss of freedom of movement) was taken much more seriously on a psychological level than the gain they have with social distancing and isolation – aimed at protecting their own health, the health of the loved ones and the public health. The reward of "gaining" or maintaining better health has a lesser effect on us as a reward than the punishment we experience when we lose our freedom of movement and free socializing with other people.

It is interesting in this context to note that we still feel a lower level of loss if other people are facing the same loss at the same time. This creates the feeling that we are "in the same boat". This contributes to the reduction of the individual feeling of loss because in this case the loss is shared.

Zero risk bias is when people want some certainty, especially in times of uncertainty. The activation of this type of cognitive bias causes people to take big and sometimes drastic (unnecessary) steps in order to reduce the risk to zero.

Consider the following example: If I offer you two options: 1) reduce the risk of something happening to you that you did not want to happen from 55% to 50%; or 2) reduce the risk from 5% to 0%, which option would you choose? Of course, in this case, the two choices are the same - the risk is always reduced by five percent. But research shows that if we ask people this question - most would choose to reduce the risk from five to zero because of the power of zero - they want that sense of certainty that nothing bad will happen.

The buying frenzy that started at the beginning of the pandemic is a typical example of this cognitive bias and is a reaction of the people who do not want risk and uncertainty. This bias explains why certain people panicked and started buying 100 rolls of toilet paper, disinfectants, masks, and so on. Preparations by stocking reserves gave people back a sense of control over a situation that had previously seemed hopeless.

The use of nudge messages during a pandemic

During the pandemic, the government institutions around the world tried to use nudge messages in order to influence the behavior of citizens. Nudge is simply about a change in the environment in which decisions are made - that is, the addition of some additional element (punishment, reward, direction) that aims to cause a change in the way citizens behave and make decisions. 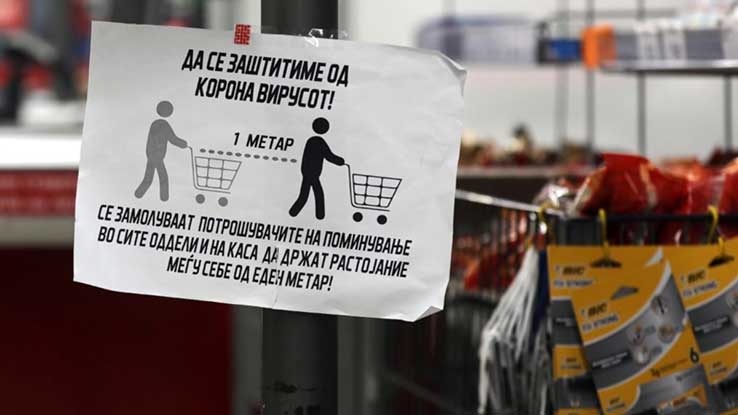 Examples of this are the signs that supermarkets use to encourage a social distance of 2 meters (the recommended distance to prevent the spread of the virus) which clearly show where you need to stop in order to maintain a proper distance from other customers. It is simple, it works, it's clear and it's a great example of "label nudge” which was used by a large number of markets and shops in our country.

Another example was the redrafting of the messages sent to the citizens for social distance in order to achieve a greater effect, for example: instead of having a message saying that there is a need for a "social distance" that would be continuously heard and read in the media, a simple redrafting into "physical distance" is easier for people to accept the new change and the "new normal" because it is not directly related to the social moment of distancing.

What are the lessons learned?

With all the lessons learned from this pandemic, the question is how can we use the behavioral economy to create major change on a global scale in the future?

The reality we live in is a set of millions of decisions that we all make individually every morning, every afternoon, and every night. Our strength comes from our community. With this in mind, from the behavioral economy point of view, we need to find mechanisms and ways in which we will simultaneously create 1) collective awareness of the importance of a particular problem; and 2) constantly influence people through appropriate messages, according to the goals that need to be achieved.

People are often manipulated through the media messages that are broadcast every day. But sometimes the human irrationality can be used for good purposes. Knowing the mechanisms by which this can be achieved can be helpful in future pandemic-like scenarios.