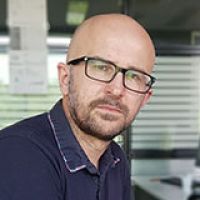 Mladen Obrenović Since monuments in Bosnia and Herzegovina, and there is but a mere handful of them dedicated to all victims regardless of nationality and/or religion, mark the territory and represent three viewpoints of the recent past – Bosniak, Croat and Serb...

Mladen Obrenović At the onset of the corona crisis, the ‘spotlight’ was directed at experts for a while, because answers were expected of them. The ‘gratitude towards the virus’ for once again shining the limelight on expertise and science, on individuals and...

The lack of vaccines led to panic in B&H, yet now they are going to waste

Mladen Obrenović With considerable lack of trust and a strong influence of opponents to vaccination, but also the fact that Bosnia and Herzegovina was quite late to start mass immunization, the percentage of vaccinated citizens is extremely low. The latest data...