Can the countries of the region turn the political promises into reality for the citizens and companies?

In addition to the obligations for regional cooperation and maintaining good neighborly relations arising from the Stabilization and Association Agreements, these issues are also incorporated into the negotiation frameworks in the EU accession process. They are a unique criterion according to which the countries in the Western Balkans are evaluated in the process of accession to the EU.

However, the regional cooperation and integration should not be seen as an imposed process or condition for EU membership, but rather as an opportunity for direct benefit for the citizens and companies from the region.

Sixty nine percent of the companies consider that the quality of the regional cooperation is significant for their business, while 76% of the citizens support this process in the direction of improving the political, economic and security situation in their countries. CEFTA serves as an example that regional agreements provide better results than the bilateral trade agreements.

In that regard, the initiatives that promote and facilitate regional cooperation are of particular importance for the countries of the region - Open Balkan and the Berlin Process. The complementarity of these processes, but also the issue whether there is a need at all to have two parallel processes is a topic of debate these days.

This issue is probably even more significant when it comes to the Open Balkan initiative, especially after the Berlin Process Summit. The signing of contracts for recognition of identity cards, university degrees and professional qualifications was seen as resolution of the deadlock in which the implementation of the action plan for Common regional market was stuck.

However, Open Balkan is a unique example in which the countries of the region have shown that they can take responsibility and carry out activities for regional cooperation on their own initiative. The efforts of the participating countries gave impetus to the project of regional integration of the Western Balkans. The representatives from the civil sector who participated in the Summit in Berlin rightly gave recognition and credit to the Open Balkan initiative for the progress within the Berlin process and for the signing of the three agreements. Dismissing this initiative would be wrong without considering the challenges it faces.

This paper addresses three dilemmas, which, if answered, the Open Balkan initiative would probably justify its existence.

Open Balkan was promoted as a promising initiative that opens the borders and provides for free movement of goods, services, people and capital in the region. Although the leaders of the countries participating in the initiative provided assurance that they will realize this promise by the end of 2023, the initiative is not even close to fulfilling this goal.

The agreements that have been signed so far provide for mechanisms that confirm the opposite – trade in goods remains subject to border controls and import formalities, and access to labor markets may be limited, even prohibited, for citizens from other signatory countries. In addition, Open Balkan did not show a clear overview of the activities that should be implemented, for of vision of a single market in the Western Balkans, following the example of the European market, to become a reality.

The declarations of Ohrid and Tirana of 2019, which serve as the only roadmaps of this initiative, do not elaborate the plan for achieving that ambitious goal.

What is perhaps more worrying is the fact that Open Balkan does not have a clearly defined mandate. Regardless of whether it is about cooperation in areas in which Albania, Serbia and Macedonia are more advanced in terms of implementation of European rules (for example: authorized economic operators) or in areas where there was no political consensus at the regional level (for example: recognition of university diplomas and professional qualifications), the agreements that have been signed so far and refer to the 4 freedoms are activities that were foreseen or incorporated in the plan for the Common Regional Market of the Western Balkans.

As long as the Open Balkan initiative relies on areas of cooperation already identified within the framework of the Common Regional Market, and especially after the signing of the three agreements in Berlin, the dilemma of the need for its existence will continue to be present. 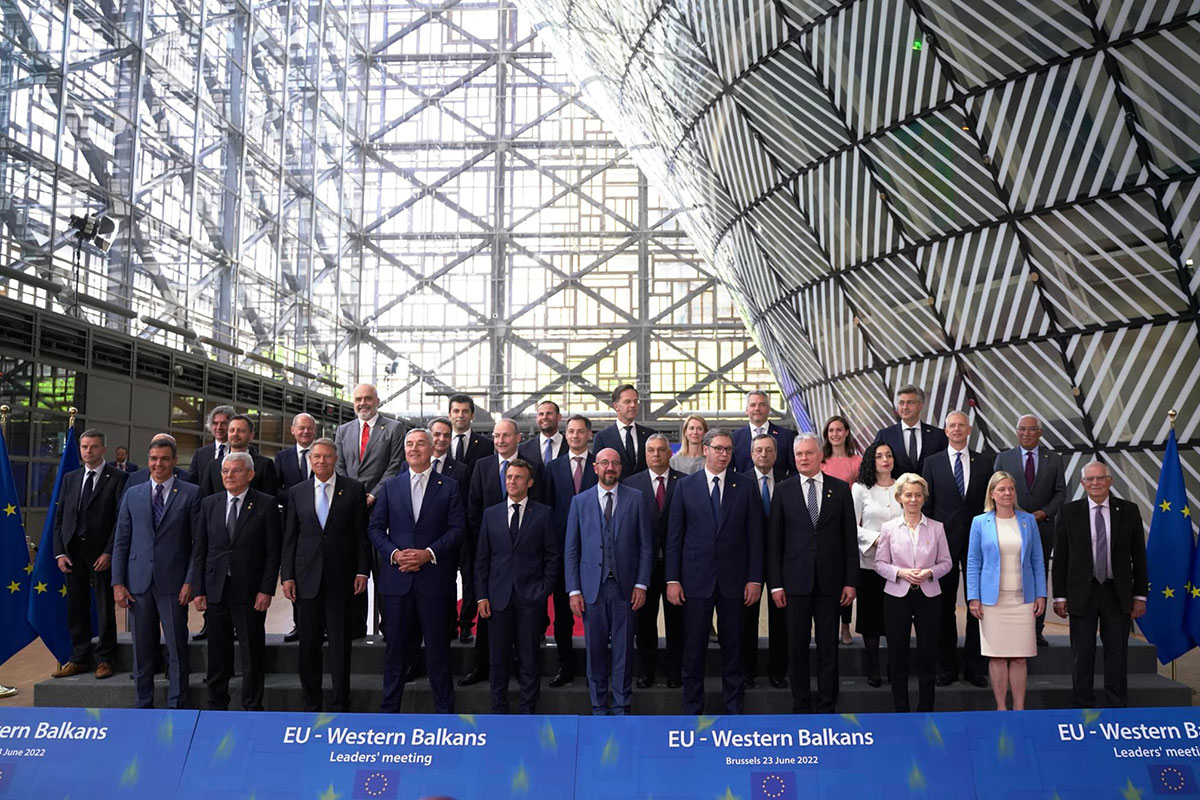 And finally, although the initiative has so far produced seven agreements, their implementation is still uncertain. The agreements have not yet been ratified and their implementation is delayed. This situation undermines confidence in this initiative, but also creates a negative image - can the countries of the region turn the political promises into reality for the citizens and companies of the region.

On the other hand, in the past few years, the areas in which the initiative operates have continuously increased. Participating countries, usually before the Open Balkan Initiative summits, surprised with new initiatives for cooperation in completely new areas. Such an approach does not necessarily mean that it is bad in itself. The announced cooperation in the field of energy and food security is an appropriate response to the crisis that arose as a result of the Russian military aggression in Ukraine.

However, the (non)compliance with sanctions against Russia has strained the political relations in the region. The holding of the Ohrid summit was called into question due to the disagreements around the announced visit to Belgrade by the head of the Russian diplomacy in June 2022. This is just one example of how fragile the Open Balkan initiative can be when the priorities of the governments of the participating countries change in the new geopolitical reality.

The absence of clear boundaries regarding areas in which it (will) act(s) increases the risk that new disagreements would threaten the stability of the initiative.

In addition, this manner of doing things makes the initiative less attractive for other countries in the region and for third parties. Without a clear long-term plan with defined areas of action, the stakeholders in the participating countries, as well as those considering joining the initiative, would not be able to assess the added value of the participation in this initiative.

Open Balkan should use the support of the international partners

Open Balkan is more successful in securing support from international partners than political support from the region. The American special envoy for the Western Balkans, Gabriel Escobar, already confirmed the support of the United States for this initiative in 2021. The European Commission formally indicated the positive role of the Open Balkan in promoting regional cooperation for the first time in the expansion package for 2022 and gave support for the implementation of the activities, as long as the initiative is based on EU rules and remains inclusive for all countries of the region.

However, in order to be a successful project, the initiative needs to take advantage of the support it enjoys from international partners. Until now, the technical support provided by the US to the national coordinators is the only example of practical cooperation with a third party.

The presence of representatives of the European Commission, the Regional Cooperation Council (RCC) and CEFTA did not bring any additional value, except for the promotion of the idea of ​​regional integration. Apart from Hungary, no other member state so far respond to the open door policy. Although the Hungarian minister for foreign affairs attended the summit in Belgrade, this meeting did not result in a positive epilogue in terms of deepening of cooperation with the countries of the region.

What is missing is a clearly defined role of the European partners in realizing the goals of Open Balkan.

The presidents of Bosnia and Herzegovina and Montenegro participated in the OBI summits this year, but are still not signatories to any document resulting from the Initiative, while Kosovo remains against joining this Initiative.

Political actors and the civil sector pointed to the unequal position of all participating countries and the alleged dominant influence of Serbia, and to the (non)complementarity with the Berlin process and the EU accession process as reasons against this Initiative.

Although it lacks political support, the Initiative enjoys strong support from the citizens of the region. The research of IRI shows that 75% of respondents in Serbia support the Open Balkan initiative. The initiative has more support in the non-participating countries, Bosnia and Herzegovina (68%) and Montenegro (66%) than in North Macedonia (61%). Even in Kosovo, although the majority (49%) is against it, 42% of the respondents support the Initiative.

Open Balkan can capitalize on the support it enjoys among the citizens of the region. In that direction, it should offer an answer to the main dilemmas that the "opponents" of this Initiative have. In addition to a clearly defined scope of action, the Initiative can increase its transparency, especially in the direction of the management process.

The role of the Implementation Council, the working procedures of the Council and the bodies responsible for implementation of the obligations arising from the signed agreements should be publicly communicated, the implementation and results should be regularly monitored and annual reports should be prepared (which is not the case in the current practice).

Regional cooperation is also important in the direction of reconciliation and resolution of open bilateral issues. However, without the participation of all countries, this goal is difficult to achieve, if at all it can be said that the Open Balkan in the current constellation contributes to the improvement of relations in the region. The signing of the three agreements in Berlin should serve as an example that a solution can be found to overcome the differences.

Open Balkan is precisely an opportunity for the countries of the region to show maturity and readiness to cooperate even without the presence (or pressure) of the European partners. 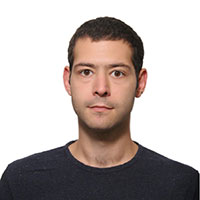 Stefan Ristevski works as a researcher in EPI since December 2019. He finished his Master degree at the European Economic studies program [business specialisation] at the College of Europe in Bruges, Belgium. He finished his Bachelor degree at the Faculty of Economics in Skopje. In EPI, Stefan works on monitoring the accession process of North Macedonia in the European Union and sectorial policies. So far, he has written several bulletins on the situation with COVID-19 in Central and Eastern Europe. Before working in EPI, Stefan worked in EuroEvents – Market Research Institute on projects concerning compliance with regulations and transparency, and cross-border health care with a focus on the European acquis.