Historical Revisionism: Between Altering and Forgetting the Past 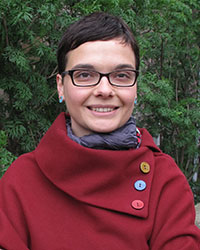 The decline is obvious and all countries in the region can be said to be going through a process of setbacks, deep peripheralization, marginalization in international relations and de-globalization.

In an interview made in light of the publication of a new biography of Josip Broz-Tito: The Eternal Partisan, made for Belgrade newsmagazine Vreme, German Professor and historian Marie-Janine Calic said: "Revisionism has a different goal - to have a final confrontation with socialism as a political ideology and social order. This includes distancing from Yugoslavia as a multinational state. Since Tito stood for everything that is generally Yugoslav, he must be historically and morally devalued. Whoever destroys anti-fascism, the partisans and Josip Broz himself, destroys the basis of the legitimacy of the Yugoslav state. Thus, revisionism conceals essential political messages..."

This statement partly explains the historical revisionism in all of Eastern Europe, in terms of the politics of memory, (mis)using the past for political purposes and legitimacy, relativizing fascism, crimes and collaborators, although to some extent it also explains the latest surprising statements by Bulgaria regarding Tito.

As Rumen Daskalov points out, the debate over whether fascism really existed in Bulgaria has heated up after the fall of communism, and as in other countries of the former Eastern Bloc, it is aimed at revanchism, anti-communism and the rehabilitation of the far right. But this does not mean that the use of the term (monarcho)fascism in communist historiography does not pose any problems. Western historiography speaks more specifically of "fascist movements in Bulgaria" and certain groups such as the Union of Bulgarian Fascists, the People's Social Movement, the Legionnaires, Bulgarian Homeland Protection, the Bulgarian Horde, Warriors for the Progress of Bulgaria, Father Paisius. In that sense, the ideological differences between Bulgarian inter-war conservatism and fascism are not entirely clear. David Fraser, who wrote about the treatment of Jews in Bulgaria and Belgium, has deconstructed to some extent the myth of the rescued Jews (by the end of June 1943, 19,339 out of 25,132 Jews from Sofia had been expelled from the city) and he spoke of "native Bulgarian fascists".

The strange obsession with Yugoslavia and Tito, on the other hand, reflects an ambiguous attitude towards their own communist past. It is well known that Todor Zhivkov is an instrument of Soviet policy, and given that the Soviet Union has had total political, economic, and cultural dominance throughout his rule, Bulgaria is becoming "synonymous with acceptance and conformity to the Soviet model."

For Western Europe, on the other hand, Tito and the SFRY are linked above all with the politics of non-alignment, anti-Stalinism and the Partisan movement as well as the role of an ally in World War II. The contrast between the two countries is substantive - the international prestige that Yugoslavia has enjoyed since the 1960s and the freedom of movement contrasting Bulgaria's relative isolation in the Soviet orbit; the cultural and national pluralism of Yugoslavia and the system of linguistic, national and minority rights as opposed to the Bulgarian regime's repression of minorities, especially those of the Islamic faith and Todor Zhivkov's policy of national/nationalist communism and "patriotic education". In the second half of the 1980s, when there was a real culmination of both mainstream and alternative cultural production in Yugoslavia, the Communist Party in Bulgaria tried to suppress all Western musical influences, promote folk music, and at the 1986 Party Congress an open stand was taken against the "denationalization” of the music environment.

In 1968, Bulgarian poet Hristo Radevski criticized the historical narrative, calling it Marxism-chauvinism. According to this Marxist chauvinism, Radevski says, the Bulgarians were and always will be the biggest nation in the whole world - perhaps only second to the Russians. This particular hybrid of real socialism and folk nationalism culminated in 1981, when Bulgaria celebrated 1300 years of its existence, and one of the set goals was to "present the Bulgarian countries as one of the sources for the origin and development of human civilization." It is obvious that this historical narrative is still present and alive and it is difficult to explain how it has survived three decades after the fall of the communist regime. 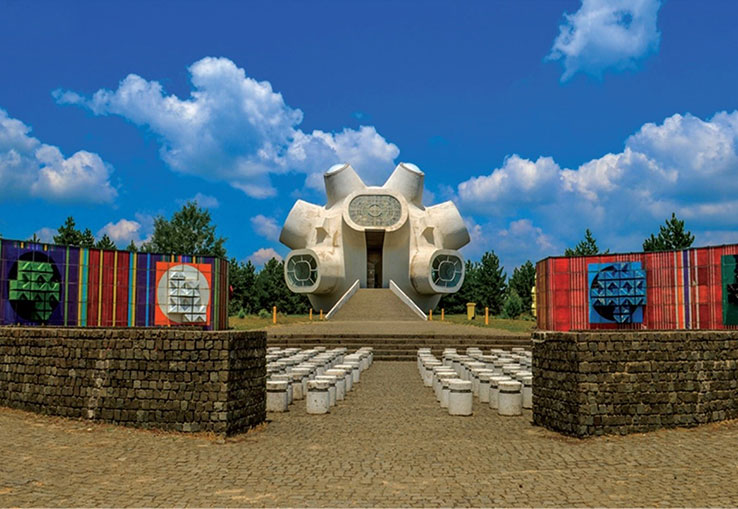 For example, within the Historical Committee, Bulgarian colleagues were told that Slavic literacy, culture and the heritage of Cyril and Methodius could not be equated only with Bulgaria because it was shared by other Slavic countries such as Slovakia, the Czech Republic, Croatia, but they remain firm in their position that this heritage should be nationalized despite opposition and different historical interpretations.

There is a different type of revisionism in Macedonia, i.e. social and political amnesia and destruction of the institutional memory of our socialist past. These days, quite current are the news about the education reform and the superiority of the Finnish educational model, which is primarily known for its modern egalitarianism, highly qualified, highly paid and respected teachers, free meals for pupils. At the heart of the Finnish education model is the idea that equality is vital to both economic development and social welfare, and behind the fact that Finland has one of the lowest child poverty rates in the world is a developed welfare state and public health system.

That education system, as the Finns themselves point out, cannot be replicated because education is highly dependent on the social context and the socio-political system. For our education to ever be able to reach that level, our authorities need to first think about the positive experiences of socialism as a strong welfare state, the principle of solidarity and equality, which not only were abandoned, but completely erased from the sphere of public and academic intellectual debate. Yugoslavia and Finland (and Tito and Urho Kekkonen) had very close relations during the Cold War, and it is no coincidence that the first founding conference of OSCE and its second conference were held in Helsinki and Belgrade in 1975 and 1976-77.

Finland today has a very low inequality ratio of 0.269 (and all relevant international organizations underline that inequality is detrimental to long-term economic growth) and ranks 11th worldwide according to the United Nations Human Development Index (Index - 0.938), while Macedonia is 82nd with an index of 0.774. For comparison, in 1990, Yugoslavia had an HDI of 0.913 and was ranked in the group of countries with a high human development index, ranking 31st on a global level.

The decline is obvious and all countries in the region can be said to be going through a process of setbacks, deep peripheralization, marginalization in international relations and de-globalization. It took Croatia, Albania and Macedonia twenty years to reach the same level of GDP as in 1989, and it can be said that both Macedonia and the countries in the region lost three decades of development. Post-Yugoslav societies are stratified, de-industrialized, and have no memory or knowledge of their role in the world economy in the 1970s and 1980s, in the international division of labor, or in United Nations initiatives through the Non-Aligned Movement for a New Economic Order which is once again a current topic and very close to the UN Sustainable Development Agenda.

In 2016, UN Secretary-General Ban Ki-moon publicly thanked the Non-Aligned Movement for their contribution to this dialogue. During the Cold War, the prestige and special treatment (including the signing of the preferential agreement in 1980) that Yugoslavia enjoyed in the European Economic Community was precisely because of its non-alignment.

Non-alignment and self-management are two aspects of that historical heritage that deserve, first and foremost, more public and academic attention. Slovenian economist and politician Jože Menzinger is right to state that so-called social entrepreneurship is a topic of broad interest that is often discussed, and we had it before, but we destroyed it.

Nevertheless, European Union reports on Macedonia and Slovenia regarding social entrepreneurship underscore the connection with the Yugoslav self-management model: “The history of the social enterprise practice in the Republic of Macedonia is closely linked to the socialist self-management nurtured at the time of Yugoslav federation and the appearance of different forms of economic cooperation promoting solidarity and mutual self-help. Initiatives identified during the socialist era (cooperatives, sheltered workspaces, and social organizations and associations) can be seen as a positive legacy that paved the way for the emergence of today's social enterprises."

The successor countries of the SFRY seem to have abandoned and forgotten all the positive experiences from the Yugoslav period that needed to be upgraded and improved, and retained and "promoted" those aspects that we should have abandoned first - the central role of the Party/parties, although in SFRY the number of members of the League of Communists of Yugoslavia never exceeded 2.1 million (less than 10 percent of the population) and paradoxically many of the successor states today are highly partisan.

History is always subject to a certain degree of revisionism, and it is necessary to re-examine and upgrade inherited historical narratives, especially when new sources become available. However, erasing and altering historical facts is often used for political purposes and to build a new predominant narrative that is both uniform and uncritical. While in Bulgarian society there are tendencies to erase or revise the period of alliance with Nazi Germany, to nationalize the Slavic cultural heritage and to project domestic Stalinism onto the neighbor, Macedonia has a kind of social amnesia regarding aspects of its Yugoslav past such as non-alignment, solidarity, welfare state and self-management, which can still be vectors that connect us to Europe and the world today. 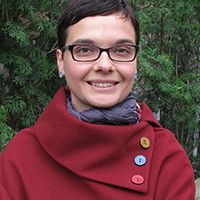