It will be a long winter in Turkey 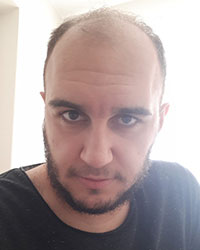 Are the imposed solutions temporary or permanent?

It has been almost one year since the epidemic disease COVID-19 hit the world. Even though the restrictions were eased by many governments during last summer, the case numbers and death rates are on the rise again with the second wave. Some countries in Europe have reached the new highest positive case numbers recently, bringing back lockdown to their governmental agenda.

On the other hand, in Republic of Turkey, for now, the numbers are behind the country’s daily record (around 5000 daily cases and 120 deaths) which was on top in April. However there are some allegations about reliability of case numbers while the country introduces new restrictions. In the middle of this crisis, there are also some efforts with some measures including position changes and new promises for a new era to fix the fragile economy which was affected by pandemic and wrong financial decisions. Will be Turkey able to manage to establish more transparency and stability regarding to epidemic and economy, the most urgent challenges of the country?

At the time of writing this article (November 13), in the last 24 hours, 3,045 new cases were recorded and 93 people died according to Ministry of Health’s daily Coronavirus table. The country has 47,809 active patients. 3,356 of them are in critical condition. The number of total deaths is 11,326. Whilst the numbers are currently going up in the cities, the Minister of Health Fahrettin Koca urged people to take this disease more serious and not to travel as much as possible.

The Turkish Medical Association raised its voice about data from ministry not being reliable. According to their statement on April 8, some death cases were not recorded as COVID-19 but as other reasons such as viral pneumonia, natural death or infectious disease. On August 9, Prof. Sinan Adıyaman, the president of the Association, stated that statistics of healthcare workers whose test results are positive, sick and died were not revealed since April. He also claimed that the government did not keep its promise about the amount of additional payments to the workers although Minister Koca revealed that they extended the additional payment for another 3 months. The conflict between the government and the Association became more intense in September and October. President Erdoğan stated that they might plan to make a structural change in the Association.

The claims made a wide echo among public, increasing the pressure on the Ministry. According the MetroPOLL’s survey (September 2020), %58.9 of people do not believe that the numbers shared by the government are true or transparent where as 36% of participants think the numbers are reliable. The negative reaction of public towards statistics has reached its peak when Minister Koca cleared they did not record all positive cases as patients. “Not all cases are patients. There are those who do not have any symptoms even though their tests are positive and their number is higher than symptomatic ones.” After this controversial statement, World Health Organization made a call for Turkey to report COVID-19 data in line with WHO guidance on the subject in order to harmonize data collection and response measures although the Organization praised the high number of tests and isolation policy in the country.

Apart from the transparency issues, the attention of people toward social distancing become more flexible in recent months because of large meetings and weddings. With the rise of the case and death numbers, the Ministry of Interior published a directive this week, declaring that people are not allowed to smoke on the streets and other open-air public places not to take off their masks. Moreover, it became forbidden for people who are above 65 years old to go outside between various hours depending on the risk in cities including metropolises such as Istanbul, Ankara and Izmir. 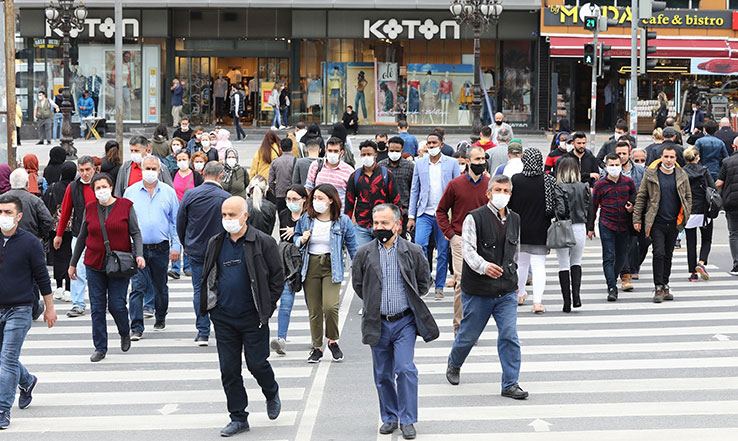 However, with announcement of new vaccination studies by Pfizer and BioNTech, it can be said that hopes emerged for a potential cure. According to companies, the vaccines provide 90% recovery in treatments and they may start to deliver to countries in 2021. Minister Koca stated they were in contact with Prof. Uğur Şahin, the Turkish CEO of BioNTech, during the research process. Currently there is no information about vaccination order/purchase of the government.

In spite of the fact that the light in end of the tunnel is visible in treatment, it seems Turkish economy has to deal with many challenges for a total recovery. In October, Turkish Statistical Institute announced general unemployment rate is 13.4% in July which is the 3rd highest percentage after Spain and Greece in Europe according to Eurostat data. Also the recent unemployment percentage of young people (15-24) is 25.9%. Lira kept losing value in front of dollar and euro again due to coronavirus and inefficient economic policies, breaking another record in which dollar reached 8.60 lira and euro passed the 10 lira threshold. Given the fact that the dollar was 5.95 lira in the beginning of 2020, the value loss of Turkish currency reached 30% only in this year.

According to Bloomberg, the currency had the longest-fall (9 weeks in a row) since 1999 even though Turkish Central Bank increased the interest rate for swap transactions during the period, also leading the government took the issue more serious instead of defending the current conditions.

On November 7, Erdoğan dismissed Central Bank Governor Murat Uysal, replacing him with Naci Ağbal who is former Finance Minister. However the biggest change came with the sudden resignation of Berat Albayrak, the Minister of Finance and Treasury, on November 8. Albayrak, also son-in-law of Erdoğan, announced the decision on his Instagram account without any official statement, pointing out his health problems as a reason. No formal comment was shared by any authority with the public for next 27 hours. Although the situation in position of the Minister was unknown, Turkish Lira ironically stopped losing value.

The silence ended with the official statement by President Erdoğan accepting the resignation of Albayrak and replacing him with Lütfi Elvan who is former Minister of Transport and Infrastructure. According to the article by Carlotta Gall in New York Times, this change can also be a strategy towards the result of last US presidential election. She wrote “Part of Mr. Albayrak’s portfolio was to handle relations with the White House through his friendship with President Trump’s daughter Ivanka Trump and her husband Jared Kushner”, emphasizing the averted sanctions for buying the Russian S-400 missile system and avoided substantial fines on the Turkish state bank Halkbank case.

US elections a new opportunity for Turkey

Given Joe Biden’s victory, this may push Turkey into searching for a new approach towards US in order to improve relations. Lütfi Elvan who studied in Delaware where Biden also studied and was selected as a senator, could be the new bridge between two sides. It is known that Biden criticized the quality of democratic rights in Turkey in the past, implying his support to Turkish opposition parties. It is also expected he could be more aggressive regarding to sanctions if the good relationship efforts fail.

Since Albayrak resigned and the Central Bank kept increasing the interest rates, Turkish lira rose by as much as 4% against the dollar, decreasing the exchange rate to 7.81 lira. Also euro went below 10 lira threshold. On November 11 and 13, Erdoğan vowed a new era for economy and judiciary in the country, emphasizing the goal of reducing the country’s risk and gaining more confidence and credibility for foreign investors. He went on “We will not hesitate to apply the right prescriptions even if it is painful”.

What does the new era mean?

According to experts, this “painful prescription” formula refers to more expensive prices and higher taxes in 2021 for citizens. With the value loss of lira, the economic condition of Turkish citizens had already been affected in a negative way due to price raises long before coronavirus started so these precautions must have taken much earlier. Also the Governor of Central Bank has already been changed twice recently which makes Naci Ağbal the 3rd Governor in last 16 months. That is why it is questionable if the last change will provide a permanent remedy. But if the government manages to establish the promised safer economic environment for a long term, side effects of the prescription hopefully can be minimized.

On the other hand, content of the reform plans for judiciary are not clear yet. Judiciary branch in Turkey has been one of the most criticized structure by the opposition. With the transition from parliamentary to presidential system in 2017, the intensity of this issue increased in terms of democracy and rule of law principle. Given the importance of this, if the new promises about the justice system are really fulfilled, this may not only have a positive impact on the political climate but also help the economy of the country, providing more stable and secure market to investors.

Long story short, Turkish people demand more transparency on coronavirus data and effective solutions on economic system from the government instead of temporary actions which only aim next elections in 2023. In the longer period, the time will show if those regulations through financial stability and the justice system will heal the wounds of Turkish economy. However it seems this winter will not be very easy for people amid re-rising coronavirus epidemic and unstable political/economic climate of Turkey. 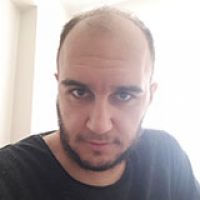 Kaan Bayırakoşan is currently a master student in Political Science at University of Warsaw in Poland. He completed his bachelor in Journalism at Ege University in Turkey. He also studied at Vilnius University in Lithuania in this field as a part of a student exchange program. He had journalism experience in local media during his bachelor in Izmir, Turkey.