Kosovo and Macedonia desperately need a positive signal from the EU 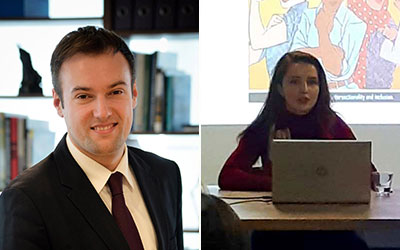 The concern is not whether the EU fails to create functioning and stable countries, but that the EU’s engagement in the region leads to a loss of credibility as an international actor and the failure of its Common Foreign and Security Policy.

“Who do I call if I want to speak to Europe?” – Henry Kissinger

The EU’s engagement in the Western Balkans threatens to undermine its credibility as an international actor and raises profound questions about the very future of its burgeoning Common Foreign and Security Policy.

Supported by the United States and most EU member countries, Kosovo declared independence on 17 February 2008 on the basis of the Ahtisaari plan. The EU is now paying a high price for not being able to speak with one voice on Kosovo, undermining its very credibility as an international actor. With five member countries — Greece, Cyprus, Spain, Romania, and Slovakia — continuing to withhold recognition of Kosovo’s statehood this stalemate is likely to persist for the foreseeable future. As a result, Kosovo’s politicians are continually looking to the United States for support and political guidance.

The coherence and consistency of the EU’s foreign policy were two of the main driving forces that led to the Lisbon Treaty signed in 2007, which amends the Maastricht Treaty (1993) and the Treaty of Rome (1957), forming the constitutional basis of the EU. However, the treaty makes very few changes on the ground, except for some small adjustments like reducing the number of officials speaking on behalf of the Union. The EU now has a High Commissioner to deal with foreign policy, but when it comes to “big decisions” that would have an effect on Kosovo, still requires unanimity in the European Council. The unanimity principle has blocked Macedonia’s opening of negotiations too. The real challenge, therefore, remains one of coordination between its member countries, something which no treaty can resolve.

It is important to note that the EU remains by far the largest provider of financial assistance and the most important trading partner for the region. Perhaps the greatest signal of the Western Balkans coming closer to the EU has been visa liberalization. The granting of visa-free travel to all the countries in the region but not to the most pro-EU country, Kosovo, is not what a promising strategy looks like, considering that actual EU membership is decades away and visa liberalization is the only incentive for further reform in Kosovo at the moment. Kosovo has fulfilled all outstanding requirements and has been waiting anxiously for visa liberalization to happen.

Economic growth rates not always mean improvement in employment or living standards. Unemployment remains high with youth affected the most. The broader authoritarian turn, the polarization of society, Kosovo’s travel restrictions and the lack of membership prospects have only added to the fragile environment and regressive dynamics in the region. As we saw in the case of Macedonia two years ago, maintaining stability at the expense of government accountability and rule of law is a recipe for failure. Reforms following the summits of the “Berlin Process” focusing on regional cooperation and connectivity are meaningless without effective rule of law.

At the Sofia summit in May 2018, the French president Emmanuel Macron stated there will be no enlargement before the EU itself is reformed. Setting out a position like this may have been triggered by concerns about the rise of right-wing populism in the EU, contradicting his speech at the Sorbonne last year, where he made a strong case not to back down in the face of the eurosceptics. Blocking the opening of accession negotiation with Macedonia is unlikely to move any votes away from the anti-EU forces. Instead, it may jeopardize especially the new government in Skopje that has staked its entire credibility on moving forward towards NATO and the EU. Moreover, it can only benefit the illiberal forces in the region backed by Russia.

Any kind of political instability in the region cannot be contained by the international community. Mistakes made in the 1990s cannot be repeated. Between the core of Europe and the chaos in the Middle East, there are the Balkans. The region is going through difficult times, and that is why the stakes are incredibly high. A relatively small investment in EU soft power in the region could pay tremendous dividends. Other actors such as Russia will be only too happy to fill the vacuum. The attempted coup in Montenegro is one of the political games Moscow played in the region. Another is abetting Dodik’s secessionist rhetoric for obstructing the US-brokered peace accords that ended the Bosnian war. Unlike Boris Yeltsin in the 1990s, Vladimir Putin does not believe that the concept of ‘spheres of influence’ is outdated. Moscow will do whatever it takes to prevent the Euro-Atlantic expansion any further in the region.

As a result, the EU risks losing its most powerful foreign policy instrument in the region, especially the normative pull of membership. The concern is not whether the EU fails to create functioning and stable countries, but that the EU’s engagement in the region leads to a loss of credibility as an international actor and the failure of its Common Foreign and Security Policy. It will be an insufficient excuse if the failure of the EU’s engagement in the Western Balkans comes as a result of indecisiveness, rather than as the result of a wrong decision.

After the short-sighted postponement of Kosovo’s visa liberalization, and similar stalling with Macedonia earlier in the year, they both desperately need a positive signal from the EU. It is important to note, however, now that Macedonia implemented the Prespa Agreement in parliament, it still needs to start the justice, administrative and other reforms required by the EU. If Macedonia completes its homework, and the EU still fails to deliver its promises to set a date in June for starting accession talks, it would greatly undermine the EU’s credibility as an international actor.

The leadership in Brussels should not forget that the Western Balkans is the only region where the EU has the power to create a new reality by providing a lasting peace. Deeper integration of EU’s common foreign and security policy is needed. If the EU is to become a powerful international actor, including from a defense standpoint, it must start at its own doorstep.

Please read the guidelines for reposting and commenting
Note: The content of this publication does not necessarily reflect the position or the opinions of the Institute of Communication Studies and the donor. 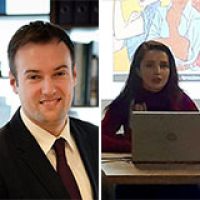