May 2021 be the year of vaccination against the COVID – authoritarianism

The blog is part of the joint Res Publica and Project Syndicate publication, “The Pandemic of Fear”. 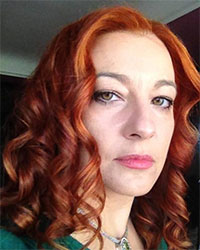 Looking back at 2020 many people in the world will undoubtedly point out the Covid pandemics as something that left the strongest imprint of the year. Everything we experienced this year – the people, the life, health, society and country – were reduced overnight to references related strictly to the corona virus. All other aspects of the individual and public health also became secondary, including the legal, political, economic, social, cultural, psychological, anthropological, ethical and aesthetical aspects of life.

Such tunnel-vision of medical reductionism instantly gained a huge number of followers among the citizens around the world. The adherents acted with conviction of their own moral superiority and correct positioning, but also with simultaneous intolerance and indifference to all other complexities of the individual and social existence. All those who expressed dilemmas, questions or resistance to the strategy and measures, even with arguments, were declared “COVIDiots”, uncoordinated, selfish, immoral and even "murderers".

Despite the "following the science" mantra, there was a campaign of deplatforming aimed at even the most authoritative experts in the field, but with alternative or critical views, and even accepted as a state strategy. In Europe, Sweden was referred to as the "black sheep" by continuously identifying weaknesses in its strategy which is inversely proportional to the absence of such a rethinking of one’s own strategy.

What is yet to be particularly analyzed is the European and Western ignorance of the successful strategies of the Asian democracies (Japan, North Korea and Taiwan) based on far less restrictive and invasive approaches and on far greater experience in dealing with epidemics in the previous decades vs. the growing influence of the "Chinese approach", especially with regard to lockdowns and curfews, despite the fact that China, with its political regime, is by no means a reference for Europe and the West.

Overall, there were reactions in relation to the measures taken by national authorities all over the world to "tackle the pandemic". These measures, individually and as a whole, posed serious impediments, restrictions or deprivations of civil liberties and rights and very few people actually wondered: do the measures pass the relevant legal tests, and in terms of their lack of alternative, proportionality, expediency and merit of the “evidence based medicine”? Is the participation of the parliaments in the process appropriate?; How much and does the judicial protection work if there are violations?, etc.

Throughout 2020 I was personally very worried, even shocked, that it became normal in my country to hear things like “there are no human rights and freedoms during pandemics” and “no Constitution or law applies during pandemics, just like during wartime”. Even more worrying was the fact that such statements were accompanied by the same approach in a number of state measures, for example, curfews by keeping people locked up at home for three to five days, illegal deprivation of liberty by imposing a combination of state quarantine and self-isolation with duration of 28 days which is against the WHO standard for a maximum of 14 days, confiscation of passports of citizens returning from abroad, obligation on citizens who want to go abroad not to return to the country for at least three months, etc.

The critical minority, including myself, which raised the above issues sees 2020 not only as a year that brought us the pandemics but also as a year that brought another kind of pandemic – the one of COVID authoritarianism. In a broader sense it is an authoritarian Safetyism originally conceived in 2018 by Jonathan Haidt and Greg Lukianoff in their book “The Coddling of the American Mind“.

The safetyism implies a culture or system of value orientations according to which the "security" becomes the supreme good for which people are not willing to make concessions in the interest of other legal, moral and practical considerations. In this sense, 2020 will definitely end as a year in which a huge number of people have given up many of their freedoms and rights and they often did that with great enthusiasm. All that in exchange for a "sense of security" provided by one-dimensional and comprehensive state intervention. 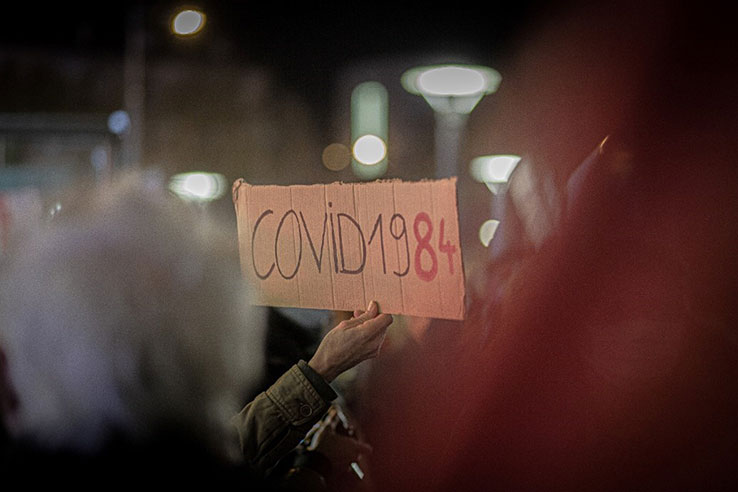 The COVID authoritarianism has not manifested itself only in countries that already have authoritarian political regimes, where serious state interference and extensive control to the detriment of individual freedoms and rights is expected and is happening on regular basis. This means its presence not only in countries like China, which was the epicenter of the pandemic and which was the first to deal with it, thus effectively becoming a model for other such countries around the world.

On the contrary, COVID authoritarianism has also become a feature of some countries from which no one would expect such a thing, namely, countries with liberal-democratic political regimes based on respect for individual freedoms and rights. This excludes only countries with a previous history of dictatorial regimes (Greece, Portugal, Spain) for which a kind of antithesis was Germany with its cautious approach to the restrictive measures, precisely because of the awareness and association with such a legacy. Nor is this the case only with countries with traditionally strong etatism and centralism (France). The biggest surprise were countries like UK and the United States, as countries with most authentic liberal-democratic traditions, anti-etatism, decentralization and a culture of sovereignty and personal responsibility of the individuals.

There is no doubt that 2021 will be predominantly a year of mass production and distribution of the COVID-19 vaccine as well as vaccination of the global population. The economic and social distortions caused by the pandemic and the measures for its addressing will necessary and priority issues to resolve. On both these grounds it is necessary to focus on serious reforms in order to better deal with future pandemics. Although the expert analyses and indications have been warning us for years that viral pandemics are one of the major threats to humanity in the 21st century, 2020 has made it very clear that the issue has been treated as "science fiction", especially in the most developed countries of Europe and the West.

The same goes for the medical authorities, even more so for the political authorities, to the point of lack of supply with the most basic medical equipment and materials. This is part of the explanation for the COVID authoritarianism. Although a series of initial reviews and analyzes explain the authoritarian aggravation as a kind of intensified manifestation of the already existing and problematic trends across the political-ideological spectrum, still an important part of the explanation is that it represents a compensation that is utterly emphasized for the impermissible lack of preparedness for dealing with the pandemics.

More efforts need to be invested in 2021 in order to obtain a more accurate picture of the cost of neglecting all those other aspects that were initially mentioned and were sacrificed by the Covid authoritarianism at the altar of medical reductionism. This means that 2021 will be a year of serious analysis and efforts to improve the legal and political framework for addressing the epidemics/pandemics at a global, regional and national level. It is initially necessary to devise a legal framework within the UN that will ensure greater respect for the so-called Syracuse principles in the restriction of individual freedoms and rights.

Calls raised by countries like Australia for initiation of independent and objective investigation into the pandemic, as well as for the WHO's failure to alert the world in a timely manner for which there is a suspicion that it is caused by political corruption, should be supported by the majority of countries in the world. This, in turn, must lead to thorough institutional reforms of this institution. A clearer UN legal framework, as well as a reformed WHO, will minimize the likelihood of, and opportunity for, authoritarian reactions in the event of epidemic/ pandemic.

All of this also applies at the regional level – for example the legal areas of the Council of Europe and the European Union. As many as 10 of the 47 member states of the Council of Europe, including EU member states, have made derogations from the freedoms and rights guaranteed by the legal regime of the Council of Europe, with notifications and with no accompanying legal-factual elaborations – this is something that should definitely be addressed for the future. The principle of solidarity on which the EU is based failed to work with convincing capacity during the time of pandemic, especially not in the first half of 2020. This has had the greatest impact on Italy as the first country in Europe to experience unnecessary human suffering, including the introduction of radical restrictive measures, which only underscores the need for EU reform in this regard.

Such global and regional efforts should be an incentive, but also a pressure, on each of the countries to reconsider their own weaknesses. For example, the Balkan experience clearly indicates the need to reconsider the role of the health authorities versus political authorities in deciding on strategy and measures. It is also necessary to update the entire legal framework for epidemics/pandemics, especially with regard to voting rights and elections, judicial protection of freedoms and rights, state of emergency and more precise the regulation of curfews, lockdowns and other measures that impose serious restrictions.

Finally, what is missing on all levels is a strategy for better informing and preparedness of the citizens, but also of the members of the medical professions, regarding other aspects of the epidemics/ pandemics, in order to avoid the manifested medical reductionism in the current pandemic. Overall, the year of 2021 should inevitably commence with "vaccination" against a possible future pandemic authoritarianism. 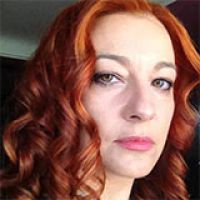 Karolina Ristova Aasterud is a professor at the Faculty of Law Iustinianus Primus in Skopje, within the University of Ss. Cyril and Methodius. Former MP in the Parliament of the Republic of Macedonia (2002-2006).