The need for enhancing digital diplomacy in Southeast Europe 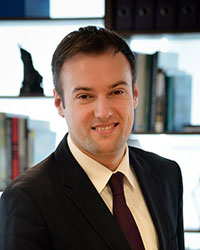 When used properly, digital diplomacy is a persuasive and timely addition to traditional forms of diplomacy. The countries that don’t use and master it, will simply have reduced influence and power on the world stage.

The way people communicate with each other is rapidly changing in southeast Europe, but, most importantly, also the way state institutions engage with citizens. Through the usage of the Internet and other connection technologies, foreign ministries of the southeast European countries have a new possibility to achieve their foreign policy goals by promoting and branding their country and improve their visibility and presence on the world stage.

According to the US Department of State, diplomacy is “the art and practice of conducting negotiations and maintaining relations between nations; skill in handling affairs without arousing hostility”. Digital diplomacy is, quite simply, the use of the Internet and other connection technologies to achieve these goals. This new form of diplomacy builds on existing forms of traditional diplomacy, harnessing the connection technologies, the networks and the demographics of the digital era. We are in a period of wildly disruptive change, and in the face of this change the statecraft of the smaller countries in the region cannot remain static—it needs to pivot itself to account for that which is changing in the world around us. So, digital diplomacy seeks to do just that.

The most followed state institution in the world and the first to establish a digital diplomacy unit was the US Department of State, according to the study on Twiplomacy. The United States is the leading country in the world to have subscribed to the idea of the twenty-first century statecraft, pioneered by Alec Ross, former US State Secretary Clinton’s senior advisor for innovation, and Jared Cohen, her policy planning aide. Other countries in North America and Western Europe followed suit, because changes in the nature of global politics, globalization, new communication technologies and democratization, including the rise of populism, have shrunk the distance between countries, and between leaders and the public. These changes have touched upon Europe’s southeastern edge as well.

Digital diplomacy is here to stay as Internet penetration expands worldwide, particularly among young people. A little over a decade after its creation, Twitter attracts 330 million monthly active users. Nearly 80 percent of users are from outside the United States. Moreover, Facebook attracts 1.4 billion daily active users. More than 80 percent of Facebook users come from outside North America. The digital divide between the developed and the developing countries is narrowing. Users of the Internet and other connection technologies from developing countries are more frequent users of social media channels like Twitter and Facebook than their counterparts from North America and Western Europe.

If we take a look to southeast Europe in general, the use of the Internet and other connection technologies is increasingly present among citizens, especially among the young people. These connection technologies will strengthen values of openness between citizens and governments, between leaders and their constituencies, leading to building a digital democratic culture. Long gone are the days of conveying a message solely through mainstream media. Similarly, no longer is diplomacy the sole domain of government officials and diplomats at quaint cocktail parties, but instead also by civil society and private individuals. More needs to be done as the governments in the region need to train new generations of technologically-savvy young diplomats on how to use the Internet and other connection technologies to extend their actions. It is really small countries like the ones in southeast Europe that are struggling for attention and recognition on the world stage. 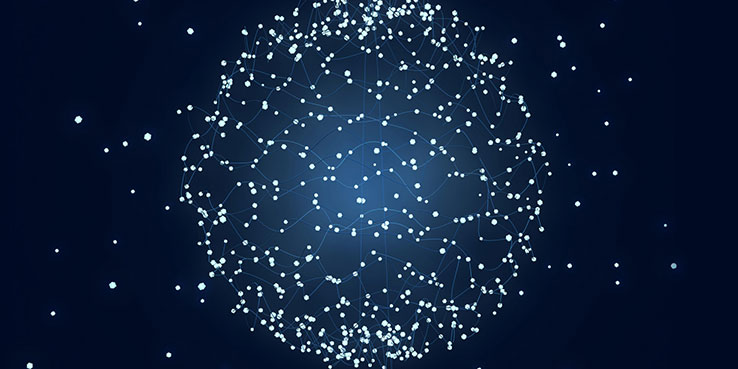 Twitter is considered as the most common digital diplomacy tool as there are 951 accounts of heads of state and government and foreign ministers in 187 countries worldwide, but only a few—US President Donald Trump, EU Council President Donald Tusk, Denmark’s Prime Minister Lars Løkke Rasmussen, Denmark’s Foreign Minister Anders Samuelsen, Latvia’s Foreign Minister Edgars Rinkevics, Norway’s Prime Minister Erna Solberg and so on—tweet personally, according to the study on Twiplomacy. Regionally speaking, the most influential leader in southeast Europe with the most interactions on Twitter last year was Serbia’s President Aleksandar Vucic, while Kosovo’s foreign ministry Twitter account was the most connected, with the most mutually following. Since taking the helm of the world’s most powerful country on earth, US President Donald Trump has become the most followed world leader, passing Pope Francis who is the second most followed world leader, according to the study. When the US president tweets from his personal Twitter account to his 60 million followers, say for instance at 3:00 AM announcing sanctions or tariffs, the world listens. Whether they like what he says, is another matter, but the message is received.

Traditional forms of diplomacy will still dominate, but the digital aspect of it will represent a shift in form and in strategy. Digital diplomacy involves a way to intensify traditional diplomatic efforts and develop technology-based policy solutions. Rather than creating separate structures and work streams for digital diplomacy within foreign ministries and be seen as separate and apart, we need to embed it within traditional diplomacy, with the utilization of digital tools in diplomacy. A diplomat of the digital era does not need to care about technology itself to be an expert in foreign policy, but represent their country’s foreign policy interests. However, if they do care about furthering their country’s foreign policy interests, they better be attentive to that which is most disruptive geopolitical power structure of the digital era, and that is the Internet and other connection technologies. Therefore, digital diplomacy needs to be institutionalized.

The current international system is rapidly changing, where countries and non-state actors all compete for dominance and influence in the same digital space. That space now hosts more than 3 billion people, most of whom only access the Internet through their mobile communication technologies. When used properly, digital diplomacy is a persuasive and timely addition to traditional forms of diplomacy that can help a country advance its foreign policy goals, extend global reach, and influence domestic and foreign audiences. With the advent of instant communication, algorithmic diplomacy and artificial intelligence, those who do not use and master digital diplomacy, will simply be left behind. Some countries will engage in this earlier and more aggressively than others, while those that absolutely refuse to engage will have reduced influence and power on the world stage. 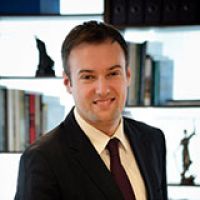