The “nuclear” message from Russia to the rest of the world

John Mearsheimer, a professor at the University of Chicago, in a 1993 article in Foreign Affairs journal, argued that giving up nuclear weapons was "unwise" and that "a nuclear Ukraine is necessary to maintain peace between Ukraine and Russia".

Since Russia annexed Crimea in 2014, many international experts have argued that if Ukraine had kept the nuclear arsenal it inherited from the Soviet Union, then its sovereignty would not have been called into question.

The large-scale Russian military offensive against Ukraine has not only brought back the war between countries located in the heart of Europe - the consequences of which will be dramatic mainly for the Ukrainian citizens, and not only for them – but it also seriously puts to the test the realistic theoretical hypothesis that countries possessing nuclear weapons cannot be attacked.

Based on this case and taking into account the changes in the structure of the international system, the countries will intensify their ambitions for procurement of nuclear weapons in the future, and the skepticism towards international agreements and guarantees will continue to grow.

One of the main characteristics of the Cold War was the constant involvement of the two superpowers - the United States and the Soviet Union - in a fierce competition for conventional and nuclear weapons. At the time of its disintegration, the Soviet Union had a colossal nuclear arsenal, including sufficient military industry capabilities that were vital to the design, production, testing, and maintenance of this type of weapon. Most of the nuclear complex it owned (approx. 70%), was located in Russia. The rest of these strategic weapons, including many buildings and other development facilities, were located in Belarus, Kazakhstan, and Ukraine.

When Ukraine declared independence in 1991, it suddenly became a nuclear power. Due to this fact, Ukraine "was born nuclear”. Having owned more than 4000 pieces of nuclear weapons, it became the third-largest nuclear power in the world overnight, after the United States and Russia. At that time Ukraine had the necessary natural resources, the necessary population size, and the basic military means to be considered a regional power.

Given the fact that some countries (Ukraine, Belarus, Kazakhstan) were suddenly enrolled on the world list of countries with nuclear arsenals, the United States, in coordination with the Western allies, aimed to persuade the three countries to transfer this arsenal to the Russian Federation. The move seemed rational at the time, even from an American perspective. Firstly, because Russia already possessed most of the USSR's nuclear facilities, and even if their nuclear stockpiles increased, it would not pose a serious threat to the United States, especially given the USSR's social and economic position at the time.

Secondly, during the Cold War, Russia proved capable of safe and secure control and management of these weapons. For these reasons, the United States considered it safer for everyone for the Russian Federation to be the successor of the entire nuclear arsenal of the Soviet Union.

International pressure and denuclearization of Ukraine

At first it seemed that there was a synchronization between the interests of the West and the aspirations of Ukraine. The Declaration of Independence of Ukraine, more precisely Article IX of the Declaration, states that "Ukraine solemnly declares its intention to become a neutral state permanently and to refrain from participating in military blocs and to adhere to the three non-nuclear principles which include: "not to accept, manufacture or purchase nuclear weapons“. 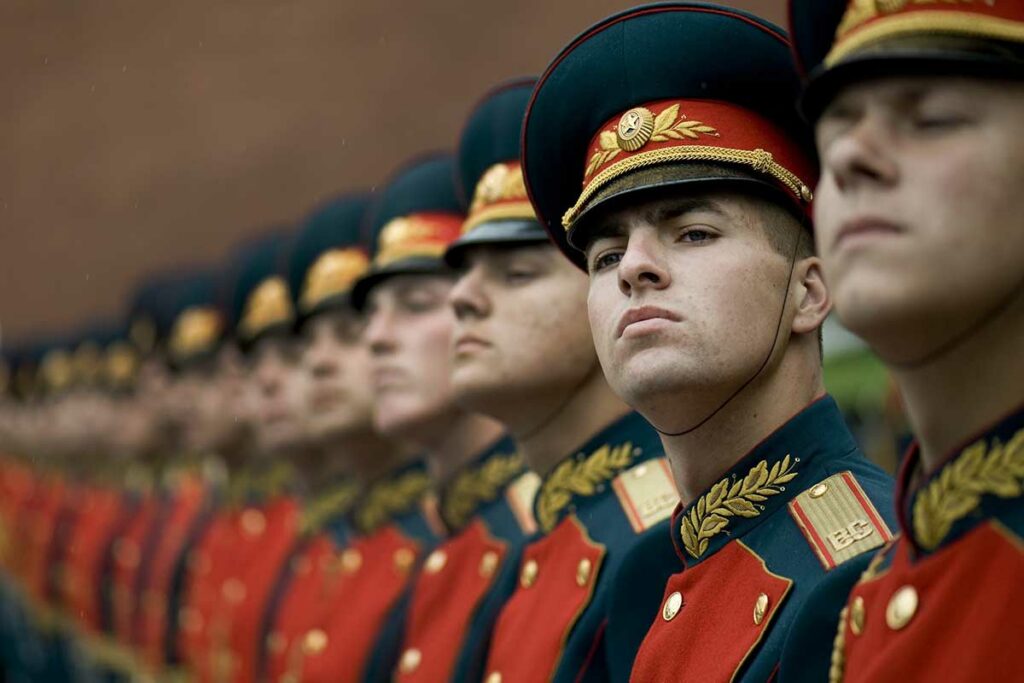 However, not all Ukrainian politicians at the time supported Ukraine's commitment. While the Ukrainian President Leonid Kravchuk sent a letter to President George H.W. Bush promising to the US president that the entire nuclear arsenal would be destroyed within seven years, at that time the Ukrainian Parliament, known as Rada, went against this promise and insisted that nuclear weapons remain in the possession of Ukraine.

However, faced with invisible international pressure, in 1994 the Rada still voted to join the Treaty on the Non-Proliferation of Nuclear Weapons (NPT), as a country without nuclear weapons. Consequently, by 1996, all weapons were removed from the territory of Ukraine. With the signing of the Memorandum of Understanding for the accession of Ukraine to the NPT (better known as the Memorandum from Budapest) – a trilateral agreement between the United Kingdom, Russia, and the United States - Ukraine has received significant economic support and security guarantees from these countries.

The security element was, in fact, the main component of the Memorandum. The signatories pledged to "respect the independence, sovereignty and existing borders of Ukraine." They also agreed that they would "refrain from threatening or using force against the territorial integrity and political independence of Ukraine" and that "none of their weapons will be used against Ukraine except in the case of self-defense".

It is now clear that the principles of this international trilateral agreement have long been violated i.e. since 2014 when Russia annexed Crimea.

From the perspective of realistic theory, Ukraine's decision to abandon its nuclear arsenal is considered unacceptable. One of the few authors who openly opposed the move was John Mearsheimer, a professor at the University of Chicago. In a 1993 article in the Foreign Affairs journal he argued that giving up nuclear weapons was "unwise" and that "a nuclear Ukraine is necessary in order to maintain peace between Ukraine and Russia".

According to him, "Ukraine can in no way defend itself with conventional weapons from Russia armed with nuclear weapons and that no country, including the United States, will be able to provide Ukraine with the necessary security guarantees to avoid re-occupation by Russia#. The nuclear arms of Ukraine are" the only credible guarantee against Russian aggression", he concluded

At that time this author faced a lot of criticism, both from international relations experts and various politicians. However, judging by the historical perspective of the annexation of Crimea in 2014 and the ongoing war, the theoretical findings of this author that were expressed almost 30 years ago, sound like predictions of a prophet.

These types of weapons are also known as "weapons of the weak". When countries find it impossible to compete through economic achievements or conventional weapons - in order to make up for this disadvantage and ensure security and survival in the international system - they often focus all their energy on securing nuclear weapons.

A skepticism similar to the one expressed by Professor Mearsheimer was also shared by some Ukrainian politicians of the time who had a similar prediction of the geopolitical dynamics and were sufficiently aware of the potential threat from Russia. One of them, Volodymyr Tolubko, a former commander of the nuclear plant and an MP at the time, said that Kyiv should never give up its trump card, that is, the possession of nuclear weapons.

In a speech to the Ukrainian parliament, he said it was "romantic and premature" for Ukraine to become a non-nuclear country and insisted it should keep at least some of its long-range missiles. "Such a nuclear capacity, no matter how small," he said, "would be enough to "deter any aggressor”.

The denuclearization of Ukraine has often been hailed as a model of the triumph of human reason and collective security against certain government interests and the threat from these apocalyptic weapons. Enraptured from the end of the Cold War, the international pressure, but also from the lack of financial resources and the necessary scientific knowledge, many other countries have abandoned their aspirations to become nuclear countries. South Africa, for example, managed to develop a nuclear bomb but voluntarily gave it up after the end of apartheid.

Brazil and Argentina were in a deadlock over the development of nuclear weapons in the period from the 1960s to the 1980s, but both countries eventually agreed to stop. Libya stopped its efforts to produce weapons of mass destruction in the early 2000s. However, it seems that this trend has been seriously challenged lately.

Today Ukraine is fighting for its survival. Whatever the outcome of this war, it is now certain that this example has sent a clear signal to many countries with nuclear ambitions, such as Iran or North Korea, to intensify efforts to further develop nuclear weapons. At the same time, these events will alert other countries such as Japan, South Korea or Taiwan to seriously consider the preventive potential of these weapons in the face of a possible threat from China.

Most sadly, the case of Ukraine sends a message that, if the countries give up their nuclear programs and entrust their security to international memoranda or guarantees (whether promised by powerful states like the United States or the United Kingdom), they are likely to play a "geopolitical dice" with their national security and their future.

Alfred Marleku is a Doctor of Political Science and Professor of International Relations and Comparative Politics at UBT College, School of Political Science. He is the author and co-author of numerous scientific papers in the field of political science in relevant regional and international journals. In addition, he is the co-author of a series of strategic documents, mainly in the field of higher education. His research interests include, but are not limited to, international relations, small states and the process of state building. For more than 8 years he has been working as a project manager in various programs funded by the European Commission, USAID, the US Embassy and others, which mainly relate to higher education reforms in Kosovo, especially focusing on: research and development; brain drain; development of curricula, etc.