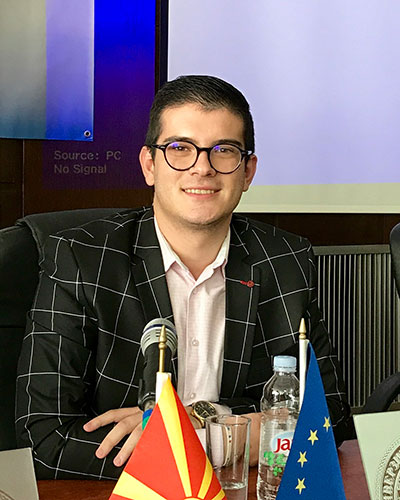 It looks like the Macedonian society as a whole has been turned into a large public room, into a voyeuristic chamber in which everyone caresses to peek into the intimacy of a stranger and to appropriate a part of the privacy of the other. This, coupled with the slow or non-existent reaction and the absence of public prosecution actions and forensic investigations, inevitably leads and have already led to new virtual rooms in which the malicious curiosity of some of our fellow citizens creates new victims and a real psychological terror.

In October, new and disturbing news echoed in the storm of information in the public, which was notified by the association of citizens "Initiative for Rights of Women from Shuto Orizari". The civil activists said that many of our fellow citizens, mostly of Roma ethnicity, are subject to humiliation on Facebook with the sharing of their explicit photos on a FB fan page. The idea through such attempts to compromise, and even blackmail the victims, to present them as the so-called "dishonest women" follows after months of silence and the prior existence of several groups on similar social media, where the reaction of the society was strong but the reaction of the relevant institutions was weak.

The demoralization and devaluation of our fellow citizens is least what they deserve, and witnesses for that are we, as a public, and them, as victims. It is not only impermissible, but also punishable behavior. However, all those sanctions that we as a country have foreseen in our legislation and for which, undoubtedly, we stand well declaratively, require vigilance and agility in order to be put into use - the Ministry of Interior and its Department of Cybercrime and Digital Forensics and the Public Prosecutor's Office. We have read enough about the responses from those in charge - that action is being taken, actions are being taken and other expressions that the public, justifiably, is beginning to perceive as "phrases". Specific sanctions continue to be missing, and the victims are left to fend for themselves.

As I was already alarming in one of my previous blogs, we must put an end to this institutional anemia. The reactions of the prosecution authorities are continuously missing and this openly raises the question what is the level of awareness of the police and of the public prosecutors, who obviously do think that these criminal acts should get the attention they deserve. The discrediting of individuals whose intimate photo is shared in various groups on the social media with many members, including the inadmissible actions, results in a series of other criminal acts, including hate speech. Again, even this is not enough for the public to hear about some more relevant activity implemented by the basic public prosecutors on this topic. On the contrary – all we hear are situations of additional harassment and abuse of the situation of the victims where photos are published even about those activities who will raise their voice, in order to blackmail and silence them.

On the other hand, the incrimination of one of the most recently introduced acts, such as stalking, which is to be welcomed, but which, as is well known, is stuck in the legislative labyrinths, is not and will not be enough in itself. The criminal experts in charge of enforcement and prosecution now have all the necessary tools to reach out and prosecute the perpetrators involved in the last of our series of "public rooms". The revelation of these previous virtual spaces remained somewhere in the weak cooperation on the social media at which the groups were created and the quiet passivity of the Macedonian institutions. Disturbing comments about the nudity of the victims continue to the point that even women who do not live in the country are commented on, and even photos of the minor children of the victims are also shared. 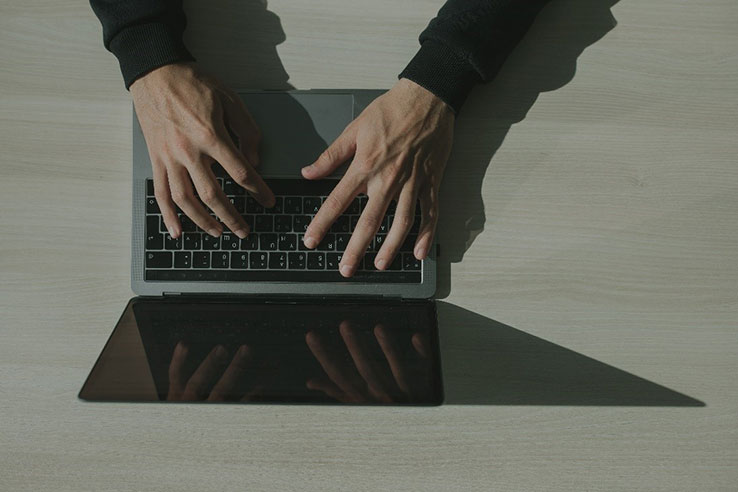 We know to say that the community in which we in our daily life is becoming difficult to live in. Talking about this, we often forget how difficult this environment is for the victims of such acts, who have to live with double victimization, with the silence of the competent institutions that they finance through their taxes, and even with their "tacit consent" with the acts.

Both the theory and practice show that the passive attitude of the prosecutors can be also interpreted as a kind of encouragement of the stalkers, and that this is the message that we as citizens should stop. And the scanty information that "action and investigation is being carried out" and like that indefinitely, for many, is exactly that - support for new and new public rooms.

The culture of impunity for non-compliance with the norms, which has persisted through all the past years and in almost every possible field, from traffic to education and even the election process, in these cases is even more frightening, knowing what kind of intrusion into someone else's privacy is this. As if that were not enough, these public rooms first end up in a "public court" of the public, and much later and always the question remains whether those who are members will face the real court, as perpetrators, and end up with any responsibility for their conduct.

The pornographic content and the significant number of sex voyeurs present in our environment is a phenomenon that must worry us as individuals. The games with the privacy of the individual, know how to knock relentlessly on everyone's door and hence, the constant pressure to act on the authorities must be our guiding thought.

The periodic news about new public rooms that we are shocked by only confirms the fact that the public room did not happen to us again, but it actually never closed. The main trump card that the institutions have - acting after the voice is heard – it is like it does not exist in the Macedonian gray milieu, and that must be the number one step that will be taken first. The other thing that remains available from the spectrum of measures - supplementing with new crimes and legal changes, educational campaign and regional action – is only an additional part of the toolkit that will not come to life if the former continues to evade. The Ministry of Interior must start to deal more seriously with the "interior" in the frequently present predatory groups on the social media, because otherwise it is only a matter of time before the public will again be intrigued by news about new public rooms. 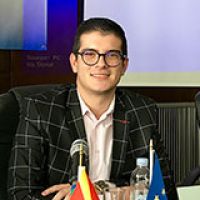