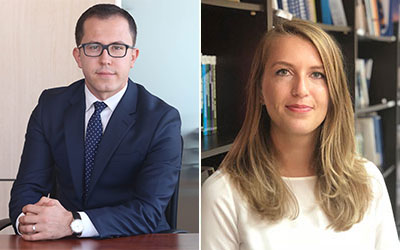 Solidarity is the only way to overcome this crisis.

Western Balkan’s European integration perspective was severely challenged at the end of last year, when the European Council was unable to open negotiation talks with Albania and Macedonia. The decision was highly criticized by proponents of the process, including high-ranking EU officials who considered it a “historical mistake” that undermined the bloc’s credibility as a global power and a reliable partner.

Five months later and the continent is overwhelmed by the coronavirus pandemic - by the German Chancellor dubbed as “the biggest challenge since World War II.” This crisis tests the values, norms and partnerships between countries. As all brace for the impact, Western Balkan countries remain subject to regulatory limitations on purchasing much-needed protective equipment from the EU. These export limitations outside the EU caused a truck loaded with ten thousand protective masks destined for Albania to be stopped and turned around at the border with Greece on March 25th.

These tendering regulations were blasted by Serbia’s President during a speech earlier in the month, where he condemned EU’s lack of solidarity with his country. According to Vučić, he had to turn to Beijing for aid in medical supplies and staff, claiming that “without China and our Chinese brothers”, the country is incapable to defend itself from the virus. The test kits sent by China were received with a grand ceremony and billboards in Belgrade were revamped to thank “Brother Xi”.

European Union’s response was swift. On March 20, four MEPs urged the Commission to include Western Balkan countries in the bloc’s medical device authorisation scheme during the coronavirus crisis. Parliamentary Speakers from the region wrote a letter to the European Commission and the European Parliament Presidents, urging them to include the region into the EU+ export scheme. The topic was also discussed at the last Council meeting.

In the midst of the widespread criticism, a series of positive signals emerged in regard to the European solidarity and the Euro-Atlantic perspective of the Western Balkans. On March 25th, the European Council gave the green light for Albania and North Macedonia to open negotiations talks while the Commission allocated a sizeable financial package to assist each of them to tackle the coronavirus crisis. Some €38 million will go to support the region’s immediate health emergency and an additional €374 million is reallocated to assist with the socio-economic recovery. 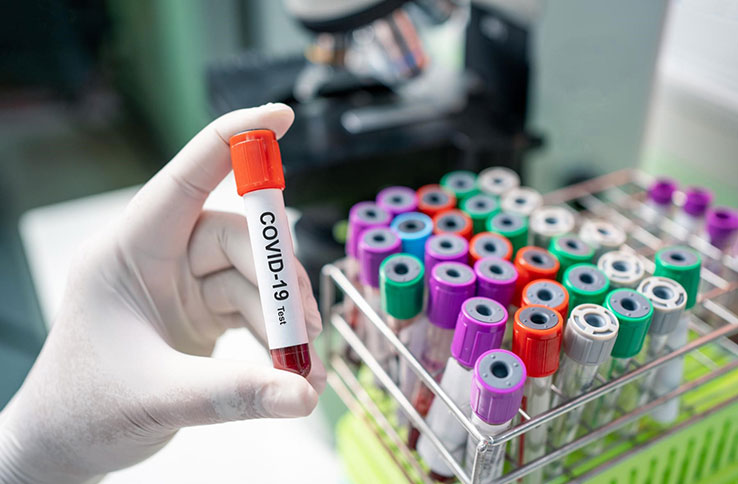 On March 30th, the Commission announced its plan to expand its green lanes within the region which in effect would permit the flow of food and medicine within the region and between it and the EU. On the same day, news came from Washington DC that Macedonia became the 30th official member of the North Atlantic Treaty Organization (NATO), making it an illustrious month for the region’s euro-Atlantic aspirations.

Skopje’s pathway to opening negotiation talks with the EU have been severely prolonged, which made it ever-more painful to absorb the conclusions of the European Council meeting in October 2019. A candidate country since 2005, Macedonia had been recommended by the Commission to open negotiations since 2009. The country’s bid to join NATO had also been put on hold since the 2008 Bucharest Summit, where Greece exercised its veto over the name dispute. The country turned inward, and the reform agenda of integration was switched off.

Fast forward to March 2020 and the country made substantial progress on both fronts. On March 25, 2020, the European Council recommended opening negotiation talks. Two days later the country officially became a fully-fledged member of NATO. This is a substantial achievement for a country that has gone through great lengths to achieve this.

Besides the political decisions taken in March, Western partners have also provided important financial support to the country to help it cope with the COVID-19 pandemic. At the request of regional partners, the European Commission announced €4 million and the United States $1.1 million to help the country alleviate its immediate needs for medical supplies. EU pledged another €62 million that will be redirected from the Instrument for Pre-Accession Assistance (IPA) to help the country mitigate the socio-economic impact of the coronavirus.

Although relatively overshadowed by the pandemic crisis, both decisions have far-reaching ramifications for the political and security future of the country and the region. Negotiation talks with the EU elevate Skopje’s relationship with Brussels to a new status, opens the way for transformative reforms, and more assistance. NATO membership boosts the country’s peace, security and territorial integrity – effectively making it a net contributor to the security of the region and the alliance. This is a remarkable accomplishment for a country that received three peace support missions in the last two decades.

Tirana’s European perspective was given a boost as well, as it received the backing of the European Council to open negotiation talks. A candidate country since 2014, the country has been recommended to open negotiations by the European Commission since 2016. Unlike Macedonia, Albania’s recommendation by the Council came attached with additional conditions, to be fulfilled prior to opening chapters. The importance of this outcome should not be overshadowed by the added criteria as Tirana enters into a closer relationship with the EU.

The attached conditions are tangible and non-exhaustive. They include the adoption of the electoral reform in line with OSCE/ODIHR recommendations, making political party and campaign finances transparent and seek the continuation of implementation for the judicial reform. Specifically, Tirana is asked to ensure the functionality of the Constitutional Court and the High Court and establish the anti-corruption and organized crime special structures – both involving procedural appointments.

Moreover, the conditioned reforms are necessary, in particular the electoral reform. So far, the country’s political parties have shown little desire to adopt the recommendations of OSCE/ODIHR. On several occasions, political parties have used tactics to prolong and even manipulate the outcome of such processes. Similarly, it is argued that attempts have taken place to delay the successful implementation of the judicial reform. Due to the conditions laid out by the Member States, the pressure is on political actors to display maturity and stop obstructing reforms.

Attached conditionalities should be seen an opportunity for the government to prove its reform credibility to hesitant Member States. This is especially a welcome boost to those who want to reform the electoral system, preserve freedom of speech, and ensure the successful implementation of the judicial reform. Through these conditions, their efforts become part of the scrutiny by EU and Member States. Ultimately, this provides an opportunity for the country’s political actors to demonstrate maturity before Albanians and European allies, who have in a matter of five months displayed unmatched solidarity and commitment to the country and its people.

Following the 6.4 magnitude earthquake that struck Albania on 26 November 2019, the European bloc rushed in to assist with search and rescue operations. EU’s Civil Protection Mechanism was activated on request of Albanian government and 11 experts were dispatched to help coordinate the country’s humanitarian response, damage assessment, and rebuilding efforts. On 17 February 2020, the EU organised donor conference “Together for Albanian” recorded over 100 delegations that pledged €1.15 billion in assistance and loans. The European Commission alone pledged €115 million.

On the same day that the European Council gave Tirana the green light to start negotiation talks, the bloc allocated 4 million euros and to help it cover the immediate needs of the public health system amid the COVID-19 pandemic. As for other Western Balkan countries, the EU has redirected 46.7 million euros from IPA to help support its social and economic recovery. Considering, it should come as no surprise that Tirana has shown solidarity with European countries in return.

These are testing times that severely test institutions, leaders and partnerships resilience. The good thing is that crises have a beginning and an end. While the current focus is to respond to the immediate needs, politicians in Western Balkans, Brussels, Member States and beyond must be mindful of what the future cooperation will look like. Turning on each other will hardly aid immediate solutions, nor will it create a strong basis for the future.

It seems obscure and counterintuitive to emphasize cooperation at a time when social distancing has become mandatory public policy and travel between countries has been shut down. But solidarity is the only way through which this crisis can be overcome. The EU has throughout transcended to be a worthy partner to rely on for the Western Balkans. In spite of the financial assistance, by April 1st, four of the six Western Balkan countries had adopted the proposal on green lanes, effectively lifting the regulations that prevented the flow of medicines to the region.

Western Balkan countries must be mindful who they put their trust into. Even if Vučić’ criticism of the tendering regulations was justified, that is not a worthy language and tone to be used among allies. Lest we forget that the tendering regulations are put in place in part to prevent faulty medical equipment that put the life of citizens and professional medical staff in danger, as Spain, Czech Republic and Turkey have found out the hard way.