Why are Russia, Turkey and China interested in Montenegro? 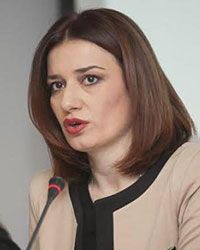 In recent years, Montenegro has become an arena of influence and interest of a number of non-Western actors, primarily Russia, China and Turkey, and their political influence, albeit not weak, is still under control. Foreign investments are generally accompanied by controversy, which indicates that the rule of law in the country is not up to par, despite the fact that reforms undertaken within the negotiations on the country's accession to the European Union have been going on for eight years.

If we observe the trend of foreign direct investments in the last three years, we’ll see there is no permanent interest from investors, nor a stable pattern when it comes to investor countries. In the course of the first six months of 2019, Azerbaijan was the forerunner in foreign direct investments, Hungary was second with 51.7 million euros invested in Montenegrin banks and companies. Third were investors from Russia with 34.8 million euros. Russia is, therefore, still at the very top of the list of countries that invest in Montenegro, despite the strained relations between the countries that has existed for a while now, which was manifested in a series of sanctions and measures on both sides. Investments from Russia became stagnant during the collapse of diplomatic relations that began in 2014, with the introduction of sanctions against Russia due to the crisis in Crimea, although, economically speaking, Russia still ranked extremely high in Montenegro during 2018 and 2019.

The largest share of Russian investments is still directed to real estate: in the first seven months of 2019, Russian citizens purchased property in Montenegro worth 22.73 million euros, while direct investments in Montenegrin companies amounted to only 722,533 euros. The permanent presence in the country and the renewed interest is also evident when viewing property that is already owned by Russians, especially on the Montenegrin coast. A large number of Russian citizens also received long-term residence permits in Montenegro. Although the government wants to distance itself from Russia, the same desire does not apply to money coming in from Russia, as it has always been welcome, ever since the purchase of Aluminium Plant (KAP) back in 2005 by controversial businessman Oleg Deripaska.

The deterioration of relations between Montenegro and Russia began in December 2015, when Montenegro received an invitation to join NATO, reaching its peak with the events surrounding the October 2016 parliamentary elections. Namely, on election day, the Government announced that it had prevented an attempted coup by a terrorist group that included two Russian citizens, whose goal was to forcibly overthrow the government in the country and prevent Montenegro from joining NATO. The developments of 2016 resulted in Russian citizens, allegedly linked to the GRU (Russian military intelligence), being convicted by a first-instance court verdict, but despite the verdict, most Montenegrin citizens still perceive the coup as alleged. One year after the first-instance court’s verdict, the Court of Appeals continues to postpone the final verdict. Although the role of official Moscow in this case is still blurred, it is clear that the fear of Russian political influence has accelerated the ratification of the protocol on Montenegro's accession to NATO.

Moscow's influence on Podgorica has been weak since Montenegro joined NATO in June 2017, but recent protests sparked by controversial solutions provided in the Law on Freedom of Religion or Belief and the Legal Status of Religious Communities, adopted in December 2019, once again opened the door to such interference. More precisely, it is the image that the ruling Democratic Party of Socialists (DPS) wants to send out to the world, but Russia's potential role is still neither clear nor proven. 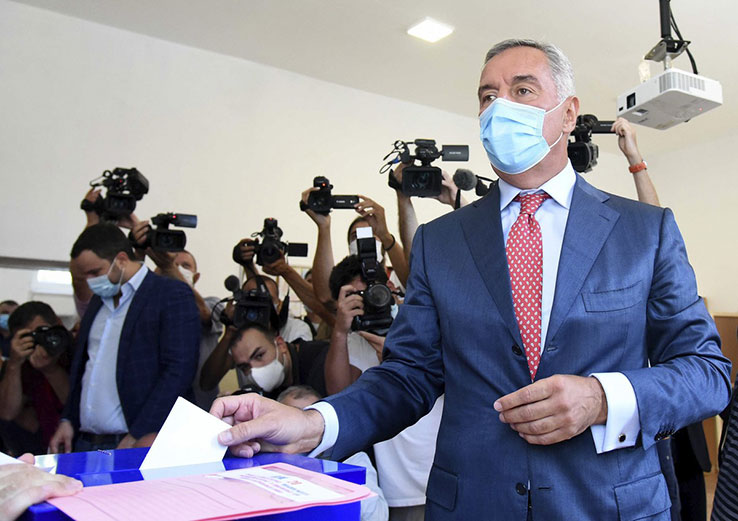 China’s current and largest presence in Montenegro is in the construction of a highway that connects the port of Bar with the capital of Serbia, Belgrade. The Montenegrin government often meets the wishes of investors, providing significant benefits, such as debt write-offs or tax exemptions, which negatively affects project implementation. Large infrastructure projects, the economic feasibility of which is often questionable, have on many occasions shown to be a way for the government to score quick political points, especially during election campaigns. There is no particular difference between investments coming from Western Europe or countries that are not classified as Western.

Moreover, some of the biggest scandals, such as the privatizations of "Telekom", are connected with EU member countries, in this case Hungary. It is not easy to follow money flows, because they often come to Montenegro through offshore companies, which is one of the main ways to "attract" controversial investors. In short, although Montenegro now has a more favorable surrounding and environment for business and investment than it did 10 years ago, the key problems are related to institution building and the elimination of undue political influence. The inability to draw a clear line between party and state, the prevalence of clientelism and the favoring of personal ties in decision-making are some of the constraints that make it difficult to realize the full potential of many investments.

The largest Chinese infrastructure project in the country, the Bar-Boljare highway that is built by the China Roads and Bridges Corporation (CRBC), is actually an example of poor planning. The government selected an investor without a public call, while two previous failed tenders forced the government to offer benefits (exemption from taxes on salaries, materials, etc.) that, for example, other countries in the region were unwilling to provide. Despite the advice of experts, the Government decided for the highway construction works to start at the most complex section, which reflected on the cost-effectiveness of the entire investment. Although three feasibility studies have been prepared, the Government has not been able to precisely define investor obligations.

During the construction, it turned out that the Chinese company was not obligated to build an important part of the highway, which had an additional negative impact on public finances. Due to the obligation of the Government to repay the loan, public debt now amounts to about 80 percent of GDP, which is an increase of 18 percent compared to 2012. Citizens of Montenegro have different perceptions of the construction of the highway and its sustainability. Over 70 percent of them see the benefits of building a highway, while opinions are divided regarding its financial sustainability, according to a public opinion poll conducted for the needs of the Politikon network in March 2020. Although political influence is still not visible, there is uncertainty regarding further development of relations between Montenegro and China.

Any non-compliance with the loan repayment deadline can have consequences. There are allegations that if the government is unable to repay the loan regularly to the Chinese, the company could seize some of Montenegro's resources. The examples so far, especially the one in Sri Lanka, show that the Chinese contracting party is taking advantage of the weaknesses of countries that have problems such as clientelism and elements of captive states and that are unable to meet their obligations. In the case of Sri Lanka, the Chinese company became the majority owner of the country’s port.

Economic cooperation between Montenegro and Turkey should be significantly improved in the coming years. Following a visit by the Turkish foreign minister in the beginning of this year, it was announced that trade would almost double, and it currently stands at 140m euros. The opening of consulates in Istanbul and northern Montenegro has also been announced. It is interesting to note that the number of registered Turkish companies, currently over 2000, which operate in Montenegro is already higher than, for example. the number of Serbian or Russian companies that have long been at the top. This trend is most often explained by the increased security of Turkish investors after Montenegro's accession to NATO and due to the signed formal agreements on improving cooperation. For the time being, there are no indications that Turkey's increased economic presence will spill over into the political zone of influence. One of the reasons is that Turkey's political influence is channeled through the Bosniak Party (BS) in Montenegro, which is a member of the ruling coalition. This party supports the Government's policy by advocating the democratization of the country within the EU.

Perspective of the influence of non-Western actors

As non-Western actors currently do not offer a framework for democratization, do not contribute to reforms in the country and have no long-term agenda, they are not a compatible partner in Montenegro's EU accession, nor are they attractive to the ruling party and the major part of the opposition in that regard. However, due to the mentioned trends, the EU's commitment to the Western Balkans by developing the methodology presented in February 2020 and gradually integrating the countries of the region into EU policies is of great importance.

The economic interest and loans that China is offering to the Western Balkans can serve as basis for stronger political influence in this part of Europe, barring EU’s sufficient engagement. In Montenegro, the situation is even more complex, taking into account the unfavorable financial framework for highway construction, which, if the state is unable to repay the loan, can spill over into the political sphere of relations.

Considering that the central problem of realizing the full potential of increased investor interest is the poor condition of rule of law in the country, providing measurable results in the fight against corruption remains a key task and challenge for the Montenegrin government. Precisely this is crucial for building the image of a safe destination. Strengthening integrity measures and their impartial implementation, along with building a rule of law culture, is the only path to democratic and economic consolidation and to potential EU membership. Tackling major corruption scandals would be the first indication of such government commitment and determination. 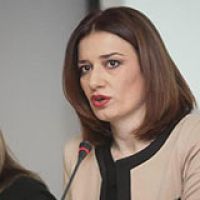 Jovana Marovic is the executive director of the Politikon network, an independent research center in Podgorica, a member of BiEPAG, and the working group for Chapter 23 in Montenegro's EU accession negotiations. She received her PhD from the Faculty of Political Science in Belgrade. Areas of her research interests include the rule of law, democracy, federalism, the Balkans, the EU's political system and enlargement policy.