At the Bottom of the Balkans: Kosovo’s Bumpy Road in Securing Vaccines 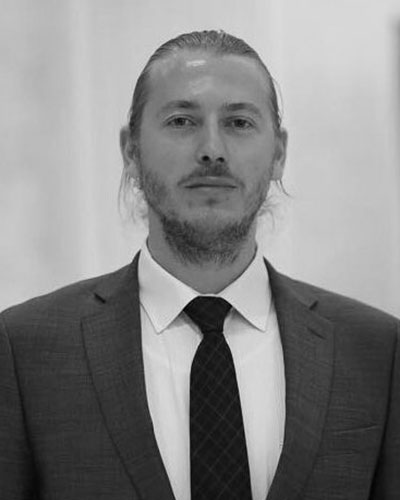 The pandemic marked its first anniversary a few weeks ago. Covid-19 exposed systemic problems in the health system of Kosovo and other institutional branches. While the high number of positive cases and deaths made the headlines, the government declarations that they have secured hundreds of thousands dozes of vaccines were full of hope, if it were to be true.

On January 6, 2021 Kosovo’s former prime minister of Kosovo, Avdullah Hoti, and the minister of health gave the so much awaited news: “The vaccines will come in February.” They explained the plan of immunization against Covid-19 – which, according to them Kosovo has finalized the discussions to secure 535 thousand vaccines and 600 thousand more from Austria. Yet, the details were vague which left more space for doubt. Nonetheless, a 40-million-euro budget to combat Covid-19 and to secure vaccines has been approved in the Parliament. Despite all these, Kosovo’s institutions have failed to secure the vaccines until the end of March, and remained the last country in Balkans to start the immunization process.

The delay on the vaccination is being accompanied with high numbers of infections. Throughout, the end of March and until mid April, the number of infections varied from 345 cases up to 800 a day, and the number of deaths from 9 to 17 a day, in average. Thus, a new phase with high number of infections started in 2021. Moreover, another concern is the spread of the so-called British version of the Covid-19, which complicates the health situation even more. With 13186 active cases and 99,535 positive cases registered since March 2020, Kosovo is facing a major disruption to its health system. In this situation, the capacities of the health institutions have been exhausted due to the high numbers of cases in the clinics, the lack of proper infrastructure. Adding the problem of the immunization, the situation seems quite desperate.

That said, the problem is multi-fold: first, the determination of the Government and the strategy for immunization did not accomplish its objectives in securing the self-financed vaccines. The efforts, and the timing of negotiation with vaccine producers went a little too late for Kosovo. Albeit, the minister of health declared that the delay in securing the vaccines were related to the fact that Kosovo is not part of the EU and WHO, which complicated things even more. Second, Government of Kosovo relied at large on EU and COVAX coalition which foresaw around 360 000 dozes of free vaccines for Kosovo as part of the regional plan. Consequently, Kosovo remained with fewer alternatives in providing vaccines for its citizens.

In addition to that, Kosovo went through an electoral process during which the vaccines were used as a carrot for constituents. Promises for hundreds of thousands of vaccines have occupied the campaign, yet the political parties lacked the clear plan on how they will secure the vaccines. The political instability in the time of pandemic has had a major disruption in regard to vaccines and in managing the pandemic situation in general.

Politics as a priority over public health

However, the institutional inefficiency to secure vaccines was due to the fact that politics was a priority at the first place, not the vaccines. Experiencing two governments amidst a global pandemic caused institutional delays in dealing with the vaccines. Kosovo did not pass and amend the Law on Preventing and Fighting the pandemic COVID-19 up until August 2020. Moreover, Kosovo stagnated in receiving vaccines also due to lobbying inability. Thus, institutions could have done more in lobbying with private companies to buy the vaccines, and in possible cases to secure donations. A more substantial institutional cooperation and effort between ministries (not only the Minister of health), governmental agencies, and the state leaders should have occurred in securing the vaccines.

Hence, the month of February went by and vaccines were nowhere on the horizon. The incapability to protect the public health in the time of pandemic was evidential. In absence of vaccines approximately 500 health workers of Kosovo got vaccinated in Albania. The promises for the first dozes of vaccines were moved to March. Finally, on the March 28 there was a light at the end of the tunnel - 24.000 dozes of vaccines arrived in Kosovo. The contingent of vaccines that arrived in Kosovo was provided by UNICEF through the COVAX mechanism. This contingent is part of the 100,800 doses of the AstraZeneca vaccine that Kosovo will receive free of charge from the COVAX program of the World Health Organization. 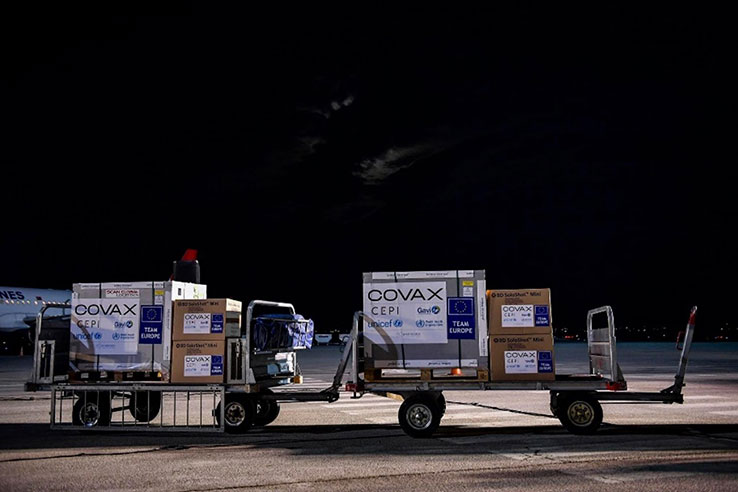 The recently elected Prime Minister, Albin Kurti, and the Minister of health organized an official reception of the vaccines marking the importance of this event, promising that the number of vaccines will increase. Alongside with the Acting Head of the EU Office in Kosovo, the UN Representative, and the UK ambassador, Kosovo’s Prime Minister showed gratitude to the COVAX mechanism, in this way showing the willingness and determination to cooperate even more in securing more vaccines. Nevertheless, being last in securing the vaccines and falling behind other states in the immunization process will have repercussions for the public health of Kosovo’s citizens.

The former government under Prime Minister Avdullah Hoti, through the competent health institutions in Kosovo in February drafted the State Vaccination Plan against COVID -19. Based on this plan, the Vaccination Committee has foreseen that after the introduction of the vaccine, the process will be carried out in three phases. Phase one: Vaccination of the highest risk groups consisting of health workers, residents and health workers of nursing homes, age groups 80+ and a part of the population with chronic diseases. Phase two: Including the age group 65-79, the remaining chronically ill population, teachers and security forces involved in the management of the COVID-19 pandemic, which make up 306,000 or 17 percent of the total population. While in the last phase, the plan envisages vaccination of 50 percent of the population in order to reach 900 thousand people or 70 percent of the total population coverage with the COVID-19 vaccine.

The implementation of the plan is characterized by delays, as explained in this article. The first phase has started to be implemented, yet the number of vaccines received is not in accordance with the plan. 24 000 vaccines have been delivered instead of 54 000 as planned. Around 10 thousand citizens have been vaccinated so far, falling under the category of the phase one, respectively those considered among the highest risk groups. At the same time, the government has put new restrictive measures such as a curfew, allowing only take away restaurants, and schools were mandated to function online.

In these desperate times, there is a need for some light, albeit it doesn’t seem that nearby. The first contingent of vaccines delivered provided only a glimpse of that light. Nevertheless, a timeline for the remaining vaccines and its distribution is hard to predict, as the obstacles are multifold.

The recently elected government plans to secure the vaccination of the 60% of population. In its plan, the Prime Minister Kurti has envisaged that he will seek the cooperation with neighboring countries like Albania to combat Covid-19. Also, he put the emphasis that Kosovo will start the preparations to apply for accession at the World Health Organization. The expectations are higher now as the new government gained a landslide victory. Yet, the problems are evidential in securing the vaccines as Kosovo remains in a complex geopolitical position.

Although not a very large region, the Balkans has attracted the attention of bigger countries in delivering the vaccines, in particular countries like China and Russia. However, the use of vaccines for political means is not solely a matter of bigger countries. Serbia, for instance, has shown willingness to vaccinate the Serbian citizens of Kosovo potentially showing in this way that it has stakes in Kosovo’s sovereignty. Thus, a campaign of vaccination has been initiated in the north of Kosovo by Serbia which has been considered a political provocation by Kosovo.

On the other hand, the Government of Kosovo has failed to secure vaccines for its citizens until the end of March, albeit it has been promised to do so for a few months. In this realm, EU also had delays in providing vaccines for Kosovo, despite the European Commission 70-million-euro package for the early access to the EU vaccines in the Western Balkans. In this situation, Kosovo government made political statements that it will not accept vaccines from the East, alluding to Sputnik V (Russia) and Chinese vaccines.

Despite being a matter of national health, the origin of vaccines is an added burden for countries, especially for Kosovo, which does not align itself politically, nor has diplomatic ties with the above-mentioned countries. However, the delay of the EU and other western countries to provide more for a country as Kosovo, leaves space for others at least to try to expand its geopolitical stakes through vaccines. Nonetheless, Kosovo has refused so far vaccines from the Government of Serbia, or any other state actor that does not maintains diplomatic ties with Kosovo.

In all, the process of securing the vaccines for Kosovo citizens is complex and determined by many factors. Experiencing two governments amidst pandemic in a one-year period leaves space to split the failures and the blames. The major failure of the government(s) was the incapability to secure vaccines. The paradoxes experienced during this pandemic are similar with those of thriller movies where the lives of the citizens are put at risk due to political machinations of political actors.

Thus, Kosovo’s institutions should take immediate actions in securing the vaccines through lobbying mechanisms with private companies; cooperate and coordinate with international institutions, with specific state-actors as the United States, and seek vaccine donations. The institutional coordination domestically is of an imperative need in combating Covid-19. The implementation of the government’s plan on the pandemic Covid-19 should be followed with continual assessment and new precise strategies should be applied based on the needs of the citizens. 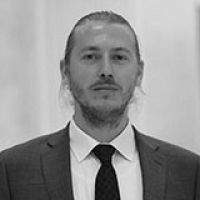 Arbër Fetahu completed his Bachelor's degree in Political Science at the University of Prishtina, and his Master's degree in Global Studies at Missouri State University. He is currently engaged as a Research Fellow at the Group for Legal and Political Studies (GLPS) in Prishtina, Kosovo. He previously worked as a researcher at the Research Institute of Development and European Affairs (RIDEA) and prior to that as a journalist at the Klan Kosova TV. His work is primarily focused on Foreign Policy, public policy, democratization, European integration, and governance.