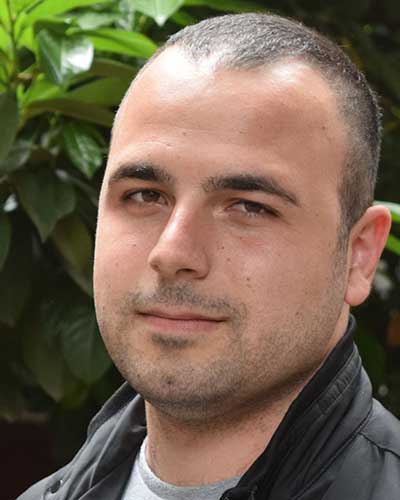 Crime rings continue to smuggle and sell cocaine from Latin America to Europe, despite the consequences of the bloody war and the cracking of the encrypted application “Sky”. Has the “Sky” app ended the clan war?

Milan Radulović (51), from Kraljevo, also known as Mile Kapetan, was abducted and later killed in Montenegro. He was a high-ranking member of the so-called "Skaljari" clan and the organizer of multiple murders of members of an adversary clan in Serbia.

The Montenegrin prosecutor's office suspects that Radulović was abducted in October last year on the territory of the Montenegrin municipality of Danilovgrad (not far from Podgorica). The alleged leaders of the opposing "Kavac" clan, Slobodan Kašćelan and Igor Božović, are suspected of the abduction. The "Kavac" clan used Radulović to lure and kill several members of the "Skaljari" clan. The clans were named after two villages near the Montenegrin port city of Kotor - Kavac and Skaljari.

This is one of fifty murders committed between two opposing clans. Many of them were unresolved, and a large number of people were listed as "missing". However, the American and European services managed to crack the encrypted application "Sky", after which, evidence of a series of crimes began to unfold. Photographs of the murders of criminals, the names of corrupt police officers and certain information about drug smuggling have surfaced.

What is the "Sky" application?

The Montenegrin prosecutor's office announced that other investigations are underway regarding the decrypted communication records that were sent by international investigative bodies. It is an application similar to "Viber" or "WhatsApp", only users believed that it was protected. That is why they openly discussed almost all criminal acts via the app.

Criminals from the Balkans obviously really trusted the app to be safe, so they exchanged messages on it as if they were ordinary phone messages. They allegedly paid several thousand euros to the Canadian company "Sky Global" for the coding of their application. However, the US Federal Bureau of Investigation (FBI) seized the site and arrested the company's management early last year. The company's devices are "specially designed to prevent the police from actively monitoring the communication between members of transnational criminal organizations," according to the US indictment against the company's CEO.

On the other hand, this case shows how much the advancement of technology also goes in favour of people in the criminal milieu, not just for the benefit of states.

The Vancouver-based company bosses have been indicted by the San Diego prosecutor's office for "knowingly and intentionally participating in a criminal enterprise that facilitated the transnational importation and distribution of narcotics using the company's encrypted communication devices, generating hundreds of millions of dollars in profits."

The seizure of the Sky Global website has led to the arrest of hundreds of criminals around the world, and numerous members of the "Skaljari" and "Kavac" clans have been arrested after decrypting the app. Criminals from Serbia and Montenegro communicated using code names, but did not hide their intentions and actions.

The investigations were confidential until the indictment was filed. The defence believes that the correspondence itself cannot serve as evidence in court, because it is based on messages of some people who wrote under coded names. And the evidence was not seized by Montenegrin investigative bodies, rather it was sent from other countries.

What is certain is that the decrypted "Sky" correspondence revealed the extent of the crimes of the two crime rings. About 50 people, mostly Montenegrin citizens, have been killed in clashes between the rings since 2015. The killings took place in Montenegro, Serbia, Bosnia and Herzegovina and across Europe.

Many assume that the war is over, because almost no one is left to fight. Most of the leaders of the so-called "Skaljari" clan have been liquidated, while the members of the "Kavac" clan are in prison or on the run. However, the business of cocaine smuggling, which was predominantly handled by two crime rings, continues. This is evidenced by the seizures of large quantities of cocaine made this year, which were smuggled by members of these two groups from Central and South America to Europe. 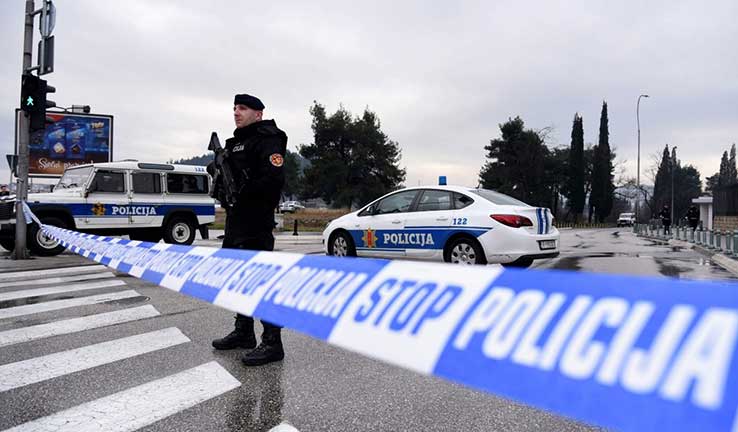 This problem is also recognized in the reports of the European Commission. This institution believes that the stronghold of organized crime is still very strong in the enlargement countries. The document states that powerful groups operate in the Western Balkans and Turkey, and that the so-called Balkan route remains an important entry route for the trade in illicit goods, especially drugs and weapons, as well as people en route to the EU.

Therefore, EU authorities demand the urgent establishment of concrete and sustainable evidence in the fight against corruption, money laundering and organized crime.

After an operation conducted by Serbian police, titled "Balkan Warrior", in which one of the biggest drug lords of this region Darko Šarić was arrested, the business of cocaine smuggling was taken over by the Kotor clans. By cooperating with various crime rings throughout former Yugoslavia, they managed to cover the market supplied by their predecessor. Unlike Šarić's group, these criminal structures do not have a clear hierarchy and stable membership. They cooperate with each other only as long as they have a common interest, which is money, typically.

However, clashes between the crime rings soon ensued. The situation culminated in 2014, with the disappearance of 200 kilograms of cocaine from a hideout apartment in Valencia. The narcotics were smuggled by cartels through Spain to Europe. Then the war broke out and the single Kotor clan split into two - Skaljari and Kavac. The conflict claimed more than 50 lives on the streets of Montenegro, Serbia and in larger European cities.

After cracking the "Sky" app, most of the remaining members and leaders are on the run or behind bars. Brothers Jovan and Igor Vukotić remained among the leaders of the so-called "Skaljari" clan. Both are on the run for organizing multiple killings in Montenegro. A red warrant is issued for their arrest. The most powerful associates of the “Skaljari” clan are groups centred around the once most powerful leader of the Belgrade underground, Luka Bojović, or now his substitute Filip Korać. Earlier, Serbian President Aleksandar Vučić accused Korać of being "the main supplier of narcotics".

Slobodan Kašćelan and Radoje Zvicer from Kotor are still at the head of the "Kavac" clan. The former is currently in detention in Montenegro for creating a crime ring and organizing several murders. Radoje Zvicer "escaped arrest" and fled in an unknown direction. An international arrest warrant has been issued for him, and he is allegedly hiding in South America, where he is protected by cartels close to the “Kavac” clan.

The battering ram of the “Kavac” clan in Serbia was Veljko Belivuk (36), aka Velja Nevolja, the leader of the fan group "Principi". He was arrested in early February and charged with several serious crimes. He led his faction of fans of the Belgrade club "Partizan" together with the "right-hand man" Marko Miljković (32).

His team mostly distributed cocaine for the “Kavac” clan, but they also did "dirty work". They liquidated several members of the rival clan in the area of ​​Belgrade. This group was also connected with certain groups in government, centred around the former State Secretary of the Ministry of the Interior of Serbia, Dijana Hrkalović, and the then Minister of Police, Nebojša Stefanović.

Only after the "Sky" application was cracked did the extent of the crimes of Belivuk and Miljković, mostly committed in the basement of a house in Ritopek, a neighborhood near Belgrade, become known. There are photos of extremely brutal murders, and the bodies, that were ground in meat grinders, were thrown into the river. They exchanged photos with each other and also sent them to members of the rival clan as a warning.

The Montenegrin prosecutor's office only receives letters from the "Sky" application and finds out the extent of the crimes committed. Some parts arrive at the request of the prosecutors, and some are sent by Europol services after they discover that it is a criminal offense. However, in Montenegro, and in Serbia, it is unbelievable that crime has developed to that level. Experts say that the security services of the state had to be extremely incompetent or that criminal groups had the support (of parts) of the system's structures. Following the in-depth investigation by the prosecution, we will find out exactly what it was about.

With the decoding of the "Sky" application, Montenegrin investigative bodies found out that members of the "Kavac" clan fired shots at investigative journalist Olivera Lakić. Correspondence also showed that a police officer was involved in the attack on the journalist, providing logistical support to the clans. But the question is how many more people from the system helped the crime rings, and perhaps played a more important role in their hierarchy.

However, as was shown by previous cases where the Montenegrin prosecution did not prove to be quite efficient when people from the system were accused of crime and corruption, some suspect that the same will happen in these cases. If we do not find out now which officials were mentioned in these communications, the question is whether next time the criminals will be so naive as to hand everything on paper to the prosecuting authorities. 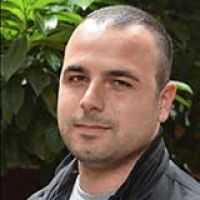