Government and citizens in Montenegro: Turning a deaf ear to warnings, measures and responsibility 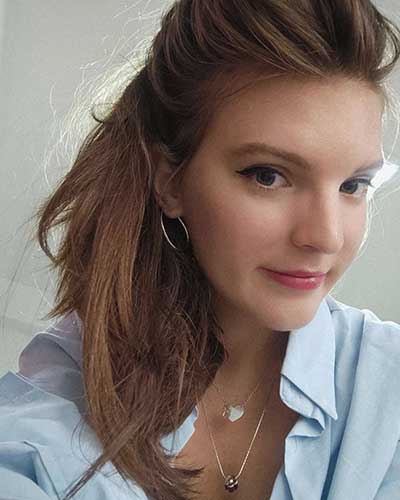 The decisions made by the former government were, as it turned out, poor. The responsibility of the new government is best illustrated by the fact that its representatives do not care about the recommendations they make themselves. Citizens, as usual, pay the price.

Montenegro is one of the countries with the highest number of new cases of COVID-19 per 100 thousand inhabitants throughout 52 countries in Europe. This was recently shown by data from various European statistical centres. According to a survey by the World Health Organization (WHO), with as many as 315 deaths per 100,000 inhabitants, the country ranks third in the world, and second in the region. While epidemiologists warn that the situation is serious and that it is most likely that it will get worse, the authorities are not doing enough to solve all of the problems that have piled up.

Epidemiologist Milena Popović Samardžić recently warned about that: "How can we count on citizens adhering to the measures, if the representatives of the Government of Montenegro are disregarding the measures that they themselves have enacted?" Her estimation of the situation regarding the coronavirus pandemic in Montenegro is that it is very worrying.

The negligence of both the authorities and the citizens is confirmed by photos from the latest socio-political events in the country - the protest in Cetinje on the occasion of the enthronement of Metropolitan Ioannicius of Montenegro and the reception of Patriarch Porfirije of the Serbian Orthodox Church (SOC) in front of the Church of Christ's Resurrection in Podgorica. Only a minority of the people present at these gatherings adhered to the latest measures prescribed by the Institute of Public Health of Montenegro (IPHM).

On the eve of these mass gatherings, none of the relevant authorities deemed it necessary to address the public and appeal to them to stay at home and abide by the measures. To the contrary, some of them were "graced" by the presence of the highest state officials - President Milo Đukanović and Prime Minister Zdravko Krivokapić.

Latest measures to curb the spread of the virus

The new measures in combating coronavirus, adopted by the Government of Montenegro, are valid until October 22.

Visits to cultural institutions (theatres, cinemas, museums, galleries, etc.) are allowed only with the National Digital Covid Certificate. It is not allowed to have more than fifty adults gathered in an open public place (sidewalks, squares, streets, promenades, beaches).

While some European countries have almost finished vaccination, such as Denmark or Ireland, the statistics in Montenegro provide no reason for optimism that something like this will happen in our country anytime soon.

At a recent press conference covering the new measures, the director of the Institute of Public Health, Igor Galić, announced that more than a third of current cases are citizens aged 20 to 39. "Unfortunately, the group of people most responsible for spreading the virus are the least vaccinated - the turnout in these categories is 20 to 30 percent, so older people suffer from them - in families, at work."

According to the data that the institute received from the hospitals, 86.5 percent of those who died of the coronavirus from May 4 until now were unvaccinated patients.

While the European Union (EU) fulfilled its vaccination goal and vaccinated 70 percent of adults by September 1, in Montenegro that percentage is only 47.6 percent. Young people are the least vaccinated - only 20 percent. So far, 762,340 doses of vaccines have been provided - Pfizer, Sputnik V, as well as Chinese vaccines and AstraZeneca.

According to the information from some senior citizens, some people are waiting for days for mobile vaccination. Some of them applied for it a couple of weeks in advance, and are still on the waiting list. 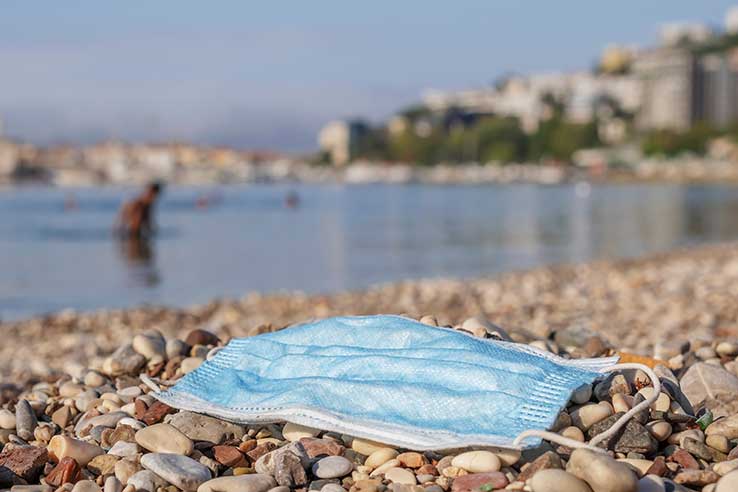 Almost three quarters of citizens believe that vaccination against the coronavirus should be a priority. These are the results of the latest research conducted by the Ipsos agency at the end of July in Montenegro, it was announced recently from UNICEF in Montenegro.

The number of citizens who do not want to get vaccinated, the research showed, dropped from 44 to 35 percent from January to July this year. A higher percentage of those who are vaccine-hesitant say that they are not sufficiently informed on the topic. Among those who refuse the vaccine, the more prevalent reason is that they do not trust health institutions and are not concerned that they will be infected with the coronavirus. There are also those who suspect all vaccines and believe they should be generally avoided.

Most cases of infection occurred in primary schools

According to information from the Covid and Education website, most cases of infection occurred in primary schools - 330 students and 68 teachers, while 308 students and 53 teachers were infected in secondary schools.

The director of the Institute of Public Health, Igor Galić, said that the situation in Montenegrin schools – is not alarming - considering the fact that in Montenegro, primary and secondary schools are attended by nearly 96 thousand students and about nine and a half thousand teachers.

Before the school year started, the Ministry of Education, Science, Culture and Sports announced that they had provided thermometers, hand sanitizers, disinfectants, as well as other hygienic necessities. Educators claim that the procurement of protective equipment is an ongoing problem and that they are forced to buy masks and disinfectants themselves, so that they can hold classes.

The return of primary and secondary school students to online classes is also certain. This was announced by the president of the Podgorica board of the Education Union, Slobodan Savović. Civil protests were organized against the decision to make masks mandatory for children during classes.

There are also unscrupulous citizens. The Ministry of Health recently filed a report with the Police Administration (PA) on suspicion of falsifying vaccination certificates. "A website was created, and it is via that website that certificates were actually misused. We expect swift police action", Minister Borovinić-Bojović said.

She also stated that they had an anonymous report that false negative PCR tests were issued, which was also reported to the police. The resolving of these cases is still pending.

The Administration for Inspection Affairs, as confirmed by a source for ResPublica, has so far not received any reports regarding forged certificates. The Administration, in cooperation with the Police Administration, are intensifying the controls of the new National Digital Covid Certificate. They are especially focusing on shopping centres and food and drink establishments.

The hospitality industry and small entrepreneurs take the hardest hit

The new epidemiological measures will negatively impact the business of the hospitality industry, and a proposal was made to the Ministry of Health to consider the possibility of changing the measures, as was announced at the last session of the Group of Hospitality Industry Workers of the Chamber of Commerce.

The secretary of that group, Sanja Marković, said that the representatives of these economic sectors were not sufficiently consulted during the adoption of the measures. "The hospitality industry is discriminated against in relation to other business branches in Montenegro and it is facing an uncertain future and extreme unsustainability of business, because only employees in the hospitality industry need to have a Digital Covid Certificate, a negative PCR or BAT test or a certificate of recovery from the virus."

According to the business sector, in the coming period, decision-makers should consider the possibility of reducing the burden based on the work (contribution), and to introduce a reduced rate of value added tax (VAT) of seven percent on all services in catering (food and drink), regardless of the license of the object. "This would expand the tax base and make the business environment more acceptable for the businesses and help reduce the grey economy," concluded the representatives who attended the meeting.

According to the director of the Directorate for Development Tourism Policies at the Ministry of Economic Development, Aleksandra Gardašević Slavuljica, the summer tourist season was successful. "We have a new goal ahead of us - a successful post-season, which is fully prepared, and the realization of which depends on the responsible behaviour of all of us."

Data from the Police Administration show that from May 1 to August 30, 2.3 million foreigners entered Montenegro, mostly from the region. Tourist traffic, only in July and August, was at 95% compared to 2019, according to the research of the Ministry of Economic Development and the National Tourist Organization.

There are also those who believe that the reaction of the state was lacking in the latest surge of the pandemic. "We expected more information about the coronavirus and more scientific research, having in mind the virus has been present for a year and a half. In return, we received orders, unconstitutional lockdowns, curfews and a direct attack on the freedom of choice. Slowly, but surely, we are coming to a state of total economic ruin caused by poor choices", Zarija Pavićević stated for ResPublica. He is coordinator of Alternative Montenegro, a civic party that organized protests in front of the Ministry of Health against certain epidemiological measures at the beginning of September.

According to him, the measures most affected the hospitality industry and small entrepreneurs who did not have the underpinning to bear the burden imposed on them by the state. "Everything that was banned last year is now allowed, in far more severe epidemiological circumstances." Another thing that did not prove useful were the contradictory measures of the Council for conducting activities on the removal and eradication of this infectious disease caused by the novel coronavirus, according to which one can go without a mask in a restaurant, while masks are obligatory in schools. This makes the citizens question every subsequent decision of the authorities, maybe even turn a deaf ear to them, because such an approach only creates dissatisfaction among the people who have already suffered so much," Pavićević pointed out.

In our country, most measures are not implemented. To see proof of that, it is enough to walk down the streets of Podgorica, where the highest number of active cases is registered. Only a few people wear masks or keep their distance. The period ahead will show the real epidemiological effects of the mass gatherings caused by the turbulent political events. Because, again, politics have clouded common sense.

The decisions made by the former government were, as it turned out, poor. The responsibility of the new government is best illustrated by the fact that its representatives do not care about the recommendations they make themselves. Citizens, as usual, pay the price.