Political wrangling instead of vaccines 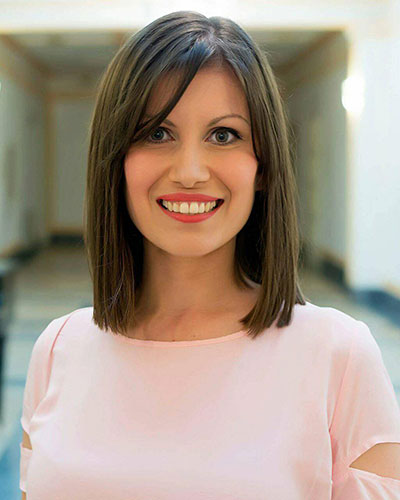 Apart from a few isolated attempts, most people are not filing complaints to institutions and are not asking for accountability. They do not even accept the opportunities for inoculation they are offered, as rare as they may be. It's as if they want to hold on and see who is right, anti-vaxxers or doctors, and how the whole procurement drama will play out. In all likelihood, it will be too late then.

Since March 2020, more than 7,500 citizens have died in Bosnia and Herzegovina from the coronavirus. Currently, about 35,000 people are infected. According to Johns Hopkins data, B&H ranks first in the region and eighth in the world in terms of coronavirus mortality. Hospitals and out-patient clinics are at maximum capacity. Cemetery workers complain that they are unable to keep up with the work, because their capacities have long since become depleted.

At the same time, there is still no mass vaccination and it is not known when it will start. Current attempts at vaccination and the procurement of several thousand doses cannot be called massive. Bosnia and Herzegovina could not put aside party skirmishes and national divisions, not even for the wellbeing of its citizens. In its already complicated state of affairs, due to its administrative arrangement (two entities, Brcko District and ten cantons), Bosnia and Herzegovina is shifting responsibility from one level of government to another. Thus, the Council of Ministers of B&H, as a state level institution, is shifting responsibility one level below i.e., onto the entities. The chairman of the Council of Ministers Zoran Tegeltija claims that this body is least culpable for the lack of vaccines. He also shifts the blame to the COVAX mechanism, saying that wealthier countries are monopolizing the vaccines, leaving nothing to the poorer ones. Namely, at the end of 2020, B&H paid 13 million dollars for 1.2 million doses of vaccines through COVAX. The first delivery took place on March 25th, when 23,400 doses arrived in B&H.

In a parallel universe, yet in the same state, people in the highest positions have publicly acknowledged their irresponsibility.

"If we wanted to act like a state, we would have procured the vaccine back in December, but it doesn't matter," stated FBIH Prime Minister Fadil Novalić in mid-March, alluding to Republika Srpska, which decided to start procuring vaccines on its own.

Just when the public outcry caused by this statement settled down, Novalić publicly invited everyone who has an idea on how to get vaccines to contact him, thus actually publicly admitting that B&H institutions do not know how to deal with the current situation. 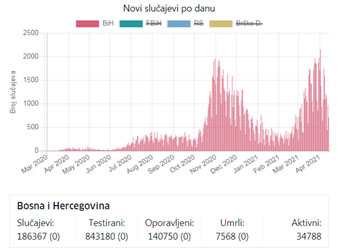 In an interview with the Fena agency, the secretary of the Party of Democratic Action (SDA), Halid Genjac, accused the Alliance of Independent Social Democrats (SNSD) of "obstructing the procurement of vaccines, thus trying to trivialise the state level and strengthen the role of the entities." Inter-party wrangling continued in times of crisis, a time when all else should have been placed aside and the health of the citizens should have been paramount.

Bakir Nakaš from Sarajevo, a retired doctor of medicine, has filed criminal charges against Zoran Tegeltija, chairman of the B&H Council of Ministers, Ankica Gudeljević, B&H Minister of Civil Affairs, Vjekoslav Mandić, FBIH Minister of Health, and Fadil Novalić, FBIH Prime Minister. The stated reason is the non-procurement of vaccines, which directly endangers the lives of B&H. citizens. In an interview with Deutche Welle, Nakaš says that the state level had no interest in getting involved in procurement, so everything was passed down to the entity level.

After the state tier failed to procure the necessary vaccines, the entities and cantons got involved in the procurement process through intermediaries earlier this year. 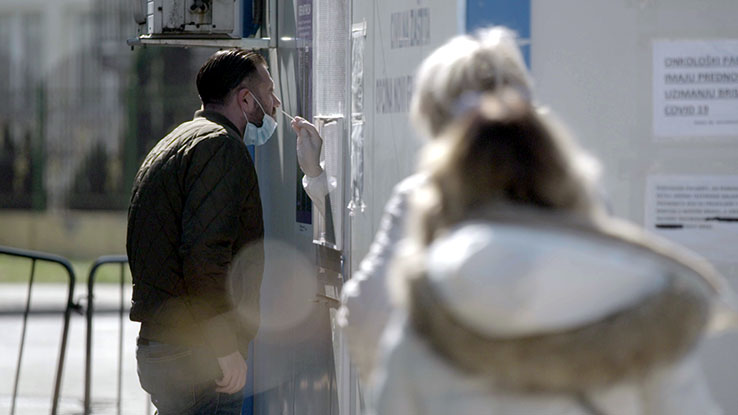 While there are not nearly enough vaccines in Bosnia and Herzegovina and people die every day from consequences of the infection, 1,300 doses have gone to waste in Prijedor this week. They were supposed to be used for revaccination of persons older than 65, and they were ruined due to a power outage, interrupting their cooling.

"The temperature in the freezer was not in line with the temperature intended for storing the vaccines," stated Slobodan Javor, Acting Director of the Health Center Prijedor.

This case is being investigated by the District Public Prosecutor's Office in Prijedor, in order to determine exactly what happened and who is responsible.

Citizens turn to Serbia for salvation

Disappointed and discouraged, B&H citizens have been getting their vaccines in neighbouring Serbia for months. First, the citizens of B&H who also have Serbian citizenship went to get their jabs, while recently the neighbouring country publicly invited all those interested to come and get their dose. Citizenship is not required, nor is a scheduled appointment. Just show up and bare your shoulder. In just one weekend, Serbia vaccinated about 20,000 foreign nationals.

After vaccinating its citizens, but also the citizens of neighbouring countries, Serbia started mobile immunization. Realizing that it is important for the vaccination program to include all those who are on the territory of the country, be they domestic or foreign nationals, Serbia has made a commendable move.

Lacking vaccines even for their own population, B&H institutions are not mentioning migrants and refugees at all as a potential vaccination group. Although there are approximately ten thousand of them in this country, for now they are not connected with the vaccine in any context. Thousands of those who live in forests and in abandoned buildings do not even have basic medical care.

Vaccination by cantons and entities

The Sarajevo Canton recently started with electronic applications of citizens for vaccination. However, to register you must enter the number of your electronic health booklet/card. A huge number of B&H citizens do not have health insurance or a health booklet. Not to mention electronic ones. The Sarajevo Canton authorities explained this as a way to force citizens to pick up their electronic booklets that have been prepared and waiting for a long time. However, the data required for the application refer exclusively to B&H. citizens. Foreigners living or residing in Sarajevo Canton are excluded. Foreign embassies and headquarters of international organizations are located in the capital of B&H. Where will foreign nationals be vaccinated? And what about people who do not have a Unique Master Citizen Number (PIN), which is also necessary to apply for vaccination? What should thousands of Roma do, without a single document, invisible to the state? How much are their lives worth?

In other cantons applying for vaccines goes through family medicine teams. All citizens who are of age can apply, while doctors compile lists according to priority groups. For example, in the Una-Sana Canton, 3,500 people have received a vaccine so far. In Tuzla Canton, the most populated part of FBIH, they are considering using sports halls for vaccination purposes. In smaller municipalities, local health centres will serve this purpose. About 4,200 citizens have been vaccinated in this area so far. In the Zenica-Doboj Canton, 5,200 citizens, out of 400,000, received their dose.

According to the information published by the Radio Television of Republika Srpska on March 25, about 15,000 citizens have been vaccinated in the entity so far. More recent data is not available. Applying goes through family medicine teams, and priority is given to citizens over the age of 65 and other risk groups.

While citizens are awaiting their dose, the anti-vaxxer movement in B&H is getting considerably stronger. Nobody is sanctioning them. According to the institutions, they do not pose a danger. Media reports on the number of dead and infected are now, as a rule, accompanied by attempts at humour, which actually turn into insults. Primarily directed at the dead and their families. B&H still does not have a single campaign to promote vaccination. Citizens are informed through the media, all the while having very little confidence in them. The media that are debunking false news and have been making superhuman efforts since the beginning of the pandemic to reduce the amount of misinformation in the public are regularly attacked. When anti-vaxxer readers are not insulting them, they are publicly threatening them. Proponents of conspiracy theories dominate social media.

In such an atmosphere of fear for their own lives, anger over the moves of officials, but also confusion over the various, primarily ultra-anti-vaxxer, information they receive, the citizens of B&H seem to be deciding to stick to the side-lines. Probably too accustomed to such behaviour of politicians, it’s as if they were not expecting anything better. Apart from a few isolated attempts, most people are not filing complaints to institutions and are not asking for accountability. They do not even accept the opportunities for inoculation they are offered, as rare as they may be. It's as if they want to hold on and see who is right, anti-vaxxers or doctors, and how the whole procurement drama will play out. In all likelihood, it will be too late then. 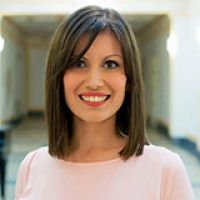