The virus may be slowing, but fake news is still rampant 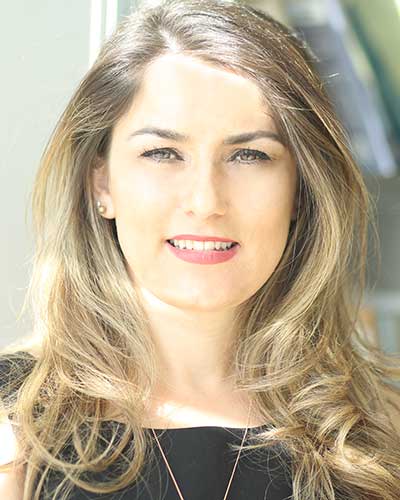 Focusing on overcoming the virus, we undermined how the pandemic times affected our mental health. Struggling to discern truth from “clickbait” is taking its toll on everyone.

Since the outbreak of Covid-19 in China, one of the direct consequences has been the widespread and, in most cases, uncontrolled publication of fake news. The fact that the virus was unknown at the time opened up countless opportunities for the emergence of many theories and hypotheses about its origin, how it was artificially "created" in a laboratory, its aggressively fast transmission in many countries, immediate and long-term consequences of infection. Conspiracy theories and fake news spread faster than the virus itself. This type of news knew no borders, nor did they distinguish age, gender, even nationality.

Due to fear, anxiety, insecurity or the lockdown and curfew, we were all regular “victims” of such "news". But even though their intentions were varied - from spreading misinformation, causing panic, and even financial gain - it should be noted that fake news had significant consequences on people (most of those consequences persist), especially those of a psychological nature. It must be noted that, more or less, a similar situation could be seen in nearly every corner of the world - not excluding the countries of the region and Kosovo.

Since the first case of infection was registered in Kosovo in March 2020, as was the case in many other parts of the world, the media have played an important role in raising awareness of the pandemic among citizens and in explaining the various forms of protection against the virus. At the same time, however, along with the news about the virus, a significant number of fake news and misinformation about the virus began to appear, creating fear, panic, anxiety and social insecurity among people.

Social media as the main source of information

Based on data from specialized institutions, Kosovo has the highest average in the region in terms of Internet access. In addition, according to the Kosovo Agency of Statistics, comparing statistics provided by Eurostat, it turns out that in Kosovo, 93% of households have access to the Internet, while the average in European Union (EU) countries is 89%. This inevitably raises the odds for most Kosovars to use online resources, more precisely social media, as the main and most common source of periodic information about the virus and the developments regarding the pandemic.

This assumption has actually been confirmed by empirical studies. According to a survey published in November 2020, over 51% of Kosovo citizens said that their main source of information during the pandemic - and especially during quarantine and curfew - was social media. While over 33% of them used television as a source of information, 14.1% of the respondents used various portals. On the other hand, it is now universally known that social media are the main means of spreading fake news, fallacies and misinformation. So, the large number of citizens with access to the Internet, combined with the massive use of social media and the situation with the pandemic, which was loaded with confusion and insecurity, has been an ideal and very "fertile" ground for "creating" and widely spreading fake news and misinformation.

The responsible institutions in charge of monitoring the situation came to the conclusion that, since the identification of the first official case of Covid-19 in Kosovo, the number of portals or social media that aimed to irresponsibly exploit the health crisis has sharply risen. According to the Digital Communication Network, during the pandemic (especially in the first half of the year) a growing trend was identified in the creation of dozens of websites, most of which presented themselves as news portals.

This institution also underlines that there were a number of webpages created on social media platforms (Facebook and Twitter, etc.), that became hotbeds of misinformation and fake news, using sensationalist and bombastic headlines, unsubstantiated information and texts, with no verifiable sources. Zëri, a portal from Kosovo, published a story of fraud by a pharmaceutical company, co-founded by a Kosovo citizen, stating that he allegedly developed a promising treatment for Covid-19. It did not end there, another website, Cult Plus, projected and promoted a negative role of Bill Gates during the pandemic. Then, misinformation emanated from these same sources regarding the spread of the virus, the "risk" of getting vaccinated or the non-existence of the virus at all, etc. All this misinformation and fake news from unreliable sources was directed at the Kosovo public, which in many cases fell victim of these tactics and, with or without purpose, served as a "tool of interlocution" for further multiplication of this type of news on social media.

Denial of the virus as a "defence mechanism"

Another disconcerting phenomenon, identified in other countries, as well as in Kosovo, is denying the existence of the virus. Consequently, repudiating the potential threat served as a "defence mechanism" to avoid the virus! The publication of news, including misinformation about the virus, was undoubtedly helpful in the creation of such an opinion and attitude. According to a survey conducted in July 2020, 29% of Kosovars said they did not believe the Covid-19 virus existed at all, while 61.5% said the problem with the virus was overestimated, because they thought the virus was much less dangerous than it was portrayed by the media. In contrast to this group, some participants in the study said they believed in the existence of the virus, but were sceptical about the number of infected cases - that is, did not believe in the numbers of infected people published by official institutions. More precisely, 43.8% of respondents believed that the number of infected people in Kosovo is much higher than reported, while 31.9% of them believed that this number is lower than the real one. Only 24.2% were of the opinion that the number of cases reported by the relevant institutions is realistic.

It is common knowledge that fake news and misinformation can have different purposes such as: to attract readers and visitors on the websites that publish such news, financial benefits for certain people or even to meet certain social needs of different people or social groups. In most cases, however, the negative psychological effects that this "news" has on the readers are ignored, effects that can be manifested in many forms such as: increased level of anxiety, fear, and even insecurity among the citizens.

In fact, the effects of misinformation on human health have been extensively studied in the field of cognitive psychology and health communication. Social psychologists have managed to build a link between high levels of anxiety and the spread of fake news. Other researchers have conducted other relevant research on the relationship between various forms of disaster/misfortune (be it man-made or natural) that people might experience and gossip, speculation, even fake news. This is due to the fact that in times when a previously unknown event or phenomenon prevails, people will most likely rely on gossip, speculation and prejudice as a form of interpretation or explanation of the unknown phenomenon.

Currently, there are insufficient publications of scientific relevance in the case of Kosovo that may shed light on the multidimensional causal link between exposure to fake news and disinformation about the pandemic and the possible increase in stress levels or other psychological conditions. However, according to an empirical study conducted by two sociologists, it was found that in 60.9% of the citizens participating in this study the pandemic caused fear, (45.7%) panic, (34.8%) anxiety, and in 76, 3% social insecurity.

This insecurity and panic and even fear manifest themselves differently in different places. Because of insecurity, people in the United States inexplicably scurried to buy large quantities of toilet paper. In Kosovo - especially in the first month of the pandemic - an impression was created that people would be left without sufficient basic food supplies and in a fit of panic they bought large reserves of flour, oil, sugar and other necessities. There is no doubt that an important element in spreading this general panic was fake news, news built on semi-truths and disinformation that spread on social media. Often, the victims of this disinformation were the conventional media with a lot of experience and consolidated staff.

Searching for a needle in a haystack

As information, speculation, and fear get mixed up and spread, it becomes difficult to find out the real and essential information about an issue. Given the massive use of social media both nationally and globally, such situations become very dangerous and potentially very detrimental to all the "clients" of this vast amount of information and, more dangerously, mixed with half-truths and "fake news", people get overwhelmed with more information than they can actually "process".

According to a study conducted at the University of California in the United States, after daily exposure to news on Covid-19, people are more likely to experience "acute stress" and "depressive symptoms". The study also concludes that long-term exposure to pandemic news and contradictory data combined with "secondary stressors" such as job loss, pay cuts or lack of basic necessities for a normal life are elements and factors for the development of symptoms of mental health disorders. Practically, most of this information - especially online, not to mention some portals - contains disturbing speculation, conspiracy theories and baseless statements that confuse, disorient and intimidate citizens, causing anxiety, panic, stress, confusion, and even lack of concentration to face everyday problems.

Therefore, in cases of a global pandemic, such as the one we are currently facing, it is very important to have accurate media reporting and proper transmission of data on the number of infected persons and death cases, and to correctly describe events by consistently respecting codes of ethics and professional principles.

On the other hand, citizens should be careful when reading different media and, at the same time, develop the skills needed to identify potentially fake news and disinformation. I also believe that public institutions, especially educational institutions, should be engaged in organizing specialized lectures on the importance of media education, especially among young people and adolescents.

All of this should be done in order to "immunize" against fake news that is an integral and inevitable part of our daily lives, because projecting fear, insecurity and panic has direct and long-term consequences on the mental health of all of us.

This blog is published within the fifth edition of the "Tales from the Region" initiative organized by Res Publica and the Institute of Communication Studies, in partnership with Macropolis (Greece), Lupiga (Croatia), Sbunker (Kosovo), Don’t Let Belgrade D(r)own (Serbia), Analiziraj.ba (Bosnia and Herzegovina), and PCNEN (Montenegro). 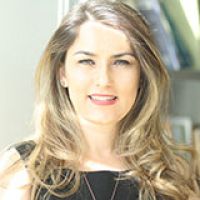 Violeta Zefi received her PhD in Psychology from the University of Masaryk in the Czech Republic. She is currently a professor at UBT College in Kosovo, and works on counseling and psycho-education for people living with HIV in Kosovo. Her main research interests are mental health and stigma, the relationship between attitudes and behavior, psycho-social aspects of health and dangerous behavior in adolescents and young people.