One major issue pertaining to the EU enlargement policy remains Kosovo. EU candidate status for Bosnia and Herzegovina leaves Kosovo as the last remaining country in the region to not have a clear path toward the EU.

Historically, EU enlargement policy has had its ups and downs. When faced with important challenges, the EU has proved to be resilient and ready to accept new member states. Over the past few years, however, this willingness and commitment has diminished due to enlargement fatigue and euroscepticism.

Today, the EU is facing its biggest struggle for peace and security in the continent due to the war in Ukraine. This may serve as a wake-up call for the EU and provide a window of opportunity for further and speedier progress in integrating the remaining Western Balkan countries into the bloc.

Two decades of the EU in the Western Balkans: More rhetoric than action

Following the break-up of Yugoslavia, the United States passed the baton of leadership to the EU in the region. This was made official at the Thessaloniki Summit in 2003, where the EU officially confirmed the European perspective for the Western Balkans countries.

The EU has employed a “carrot and stick” approach towards the region, meaning democratic reforms are rewarded with further integration and lack of progress results in punishment. However, for over 20 years, the Western Balkans countries have failed to integrate into the block. Only one country, Croatia, joined in 2013.

In the meantime, the appetite for enlargement started diminishing, as the EU dealt with a series of crises such as the financial crisis, migrant crisis, terrorist attacks, Brexit, and the annexation of Crimea, among others, leaving the other six countries out of the Union.

The main EU policy in the Western Balkans, the enlargement policy, started dwindling. EU member states began to hesitate on discussions about further enlargement, which produced a phase known as euroscepticism and EU enlargement fatigue.

The vacuum created by the U.S. at the beginning of the millennium and the EU a few years later, was filled quickly by malign and authoritarian actors, mainly Russia and China, which used soft-power mechanisms, military capabilities and economic investments to move the region further away from the EU.

Russia, for instance, became increasingly hostile in 2014 when it annexed the Ukrainian territory of Crimea. This served as a wake-up call for the West.

In the same year, former German Chancellor, Angela Merkel, attempted to save the enlargement process by launching a landmark German initiative called the Berlin Process. The aim was to keep the dynamics of the EU integration by providing an additional German commitment in the region through regional cooperation deals.

Since 2014, the region has witnessed some minor progress. The most substantial progress was made between Macedonia and Greece, which agreed to end their 27-year-long dispute over the use of the name “Macedonia” and change the country name to North Macedonia.

Two decades after the Thessaloniki Summit, six countries of the Western Balkans remain out of the block.

Russian invasion of Ukraine set the wheels in motion

The Russian war in Ukraine produced a paradigm shift. The West’s response to Russian aggression was swift. Fear of further security escalation in Eastern Europe became real and the EU decided to act accordingly with sanctions, military supplies and other means of assistance to Ukraine. 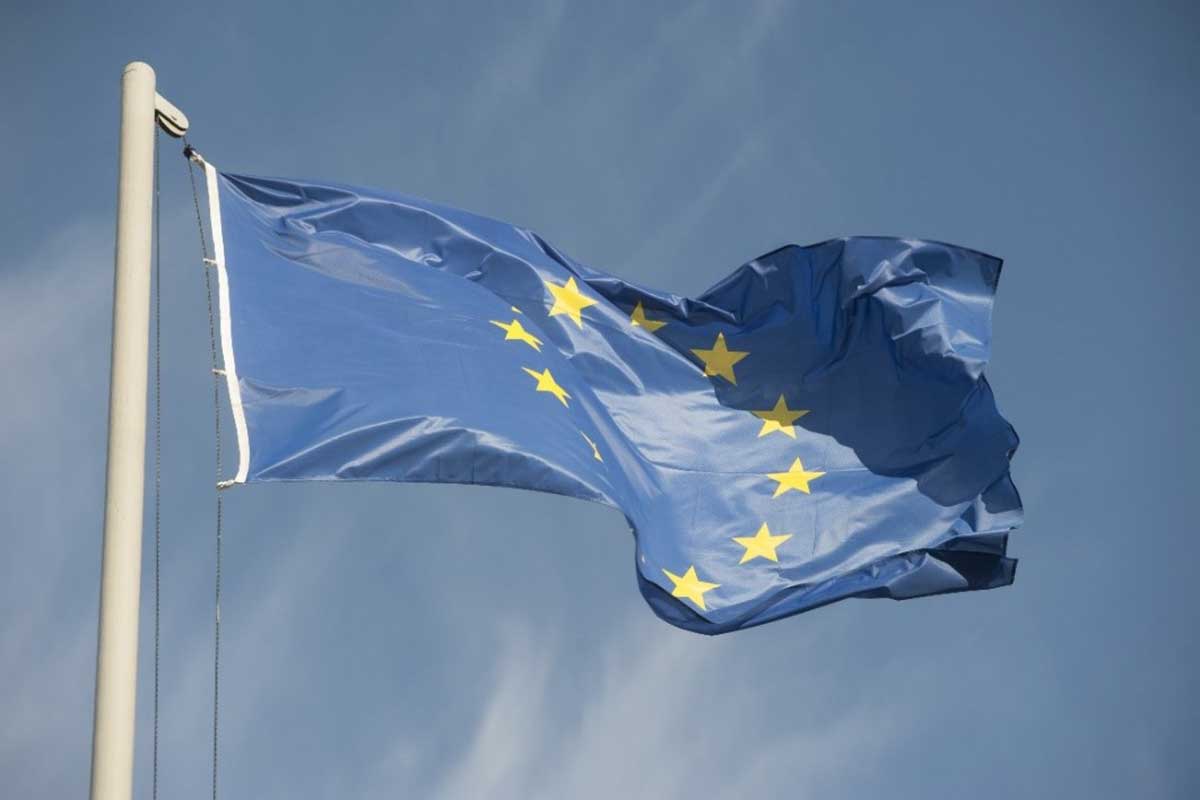 The EU was quick to deliver important political messages and signals too. In one year, the EU awarded Ukraine, Moldova and Bosnia and Herzegovina EU candidate status, and gave the green light to open accession negotiations for Albania and North Macedonia.

It is important to note that the EU acted amid extraordinary circumstances created by war in Ukraine. However, It is imperative for the EU not to stop there. Europe today is a far more dangerous place than it was in 2014. Thus, the war in Ukraine shows that the EU needs to act quickly in its neighborhood and recalibrate its foreign policy approach.

The enlargement policy may be witnessing fatigue or skepticism but it remains a tangible approach for progress and consolidation of democracies in the Western Balkans and beyond. Moreover, it symbolizes the EU’s capacity to act as a global actor in international affairs.

Kosovo: The last wagon waiting to join the train to the EU

One major issue pertaining to the EU enlargement policy remains Kosovo. EU candidate status for Bosnia and Herzegovina leaves Kosovo as the last remaining country in the region to not have a clear path towards the EU.

Although Bosnia had to wait six years to be granted EU candidate status, due to complex domestic political issues, the issue of Kosovo is more complicated on the international stage.

There are five EU member states that do not recognize Kosovo’s statehood, which makes it increasingly difficult for Kosovo to witness progress in their EU path any time soon. This is largely due to the lack of progress in the Kosovo-Serbia dialogue.

EU member states that don’t recognize Kosovo have stated that they will only do so once a normalization agreement with Serbia is reached. Despite such difficulties. Kosovo formally submitted an application for EU membership on December 15, 2022. The first blow for Kosovo came from Spain, which announced that it will not support Kosovo’s EU membership application.

Thus, Kosovo’s further progress in its EU integration aspirations is tied to progress in the Kosovo-Serbia dialogue. It is important for the EU to deliver in this process and pave the way for an unified approach of the EU in the Western Balkans.

In 2004, the EU made a bold move and accepted 10 new member states, which marked its largest expansion. Eight countries from Central and Eastern Europe along with Cyprus and Malta joined the block on May 1, 2004. Three years later, Romania and Bulgaria joined the EU, and the last country to join was Croatia in 2013.

This move was more political than merit-based. Central and Eastern European countries had been under Soviet control for decades. The end of the Cold War and collapse of the Soviet Union convinced EU leaders to further enlarge the Union to its geopolitical advantage.

More member states meant more stability, security and prosperity for continental Europe, which translated into political leverage. As a result, the EU enlargement policy became the most successful foreign policy tool for the EU.

In this regard, the EU enlargement was a political tool rather than a merely merit-based process. Take Cyprus for instance, an island effectively divided along ethnic lines, without complete control over its borders and a present UN buffer zone in between.

Another example is Bulgaria, which did not have the necessary rule of law preparation to join the EU and–and to this day–continues to struggle with challenges pertaining to the rule of law and corruption. Today, Bulgaria is the lowest-ranking EU member state in the Transparency International Corruption Perception Index. Neither of these countries fill the basic criteria to join the bloc.

If the EU delivered in 2004 due to the potential threat coming from Russia, it can deliver again due to the real threat that Russia poses for East and Southeast Europe.

2023: 20 years since the Thessaloniki Summit

EU membership prospects for the Western Balkans remain elusive in the short-term, but the latest developments have shown that the EU is finally eager to change its rhetoric-based approach to action.

For instance, for the first time ever, the EU organized an EU-Western Balkan Summit in the region, hosted by Albania on December 6, 2022.

The main highlight of the summit was a joint declaration expressing the EU’s full support for the membership perspective of the Western Balkan countries and calling for an acceleration of the accession process. Furthermore, they signed an agreement to lower roaming charges between the Western Balkans and the EU.

The first point of the declaration concludes that “Russia's escalating war of aggression against Ukraine is putting European and global peace and security at risk and underscores the importance of the strategic partnership between the EU and the Western Balkans region.”

French President Emmanuel Macron has shown geopolitical aspirations by pursuing a policy of geostrategic autonomy for Europe and a greater stature of Europe in the world stage. EU member states have been paying special attention to illegal migration routes from the Balkans and have been cooperating more closely with the Western Balkan countries.

Recently, the EU parliament has passed a resolution conditioning Serbia’s further progress in the EU accession process on aligning with EU sanctions against Russia. All of these are indications that the EU is moving from words to action and these developments come at a crucial time for Europe.

Next year bears significant political significance for the EU and the Western Balkans, because it is the 20th anniversary of the Thessaloniki Summit. The EU needs another similar summit where it can lay down a concrete roadmap for integration.

It is imperative for the EU to pay more attention and engage consistently in the Western Balkans. Integrating the Western Balkan countries remains a challenge, but not impossible. History shows that in times of uncertainty and crises, the EU has always delivered. 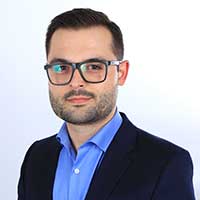 Visar Xhambazi works as a project manager and editor at Sbunker. Xhambazi's work focuses on Euro-Atlantic integration, US foreign policy in Southeast Europe, authoritarian influences in the Western Balkans, regional cooperation, and the Kosovo-Serbia dialogue, among other topics. He holds a master’s degree in International Studies from Old Dominion University in Virginia, US, specializing in US foreign policy and international relations.