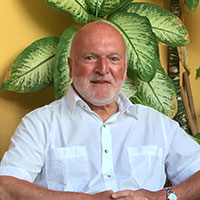 Ambassador Erwan Fouéré is Associate Senior Research Fellow at the Centre for European Policy Studies (CEPS). Prior to joining CEPS in 2013, he was Special Representative for the Transdniestrian settlement process during the Irish 2012 Chairmanship of the OSCE. During his 38-year career with the European institutions, he was the first to assume joint responsibilities of EU Special Representative and Head of Delegation in the EU External Service when he was appointed in this double capacity in North Macedonia (2005-2011), the first Head of Delegation in South Africa (1994-1998) and the first Head of Delegation in Mexico and Cuba (1989-1992). He was awarded the Order of Good Hope, Grand Officer, by President Nelson Mandela in 1998.

The cancer of corruption remains endemic, and the current government is increasingly falling into the bad habits of the previous regime under Nikola...