The cancer of corruption remains endemic, and the current government is increasingly falling into the bad habits of the previous regime under Nikola Gruevski.

As we approach the end of this tumultuous year with the international order upended following President Putin’s brutal invasion of Ukraine, the Western Balkan region can look back with some, albeit tempered, satisfaction that the enlargement agenda is finally back on the EU’s foreign policy priority list. The year has seen more meetings with Western Balkan leaders than in previous years, while the procession of EU leaders visiting the region has increased. Accession negotiations have continued with both Montenegro and Serbia, albeit at a snail’s pace, while they have just started with both Albania and North Macedonia.

Does this burst of activity signify a qualitative change in the EU’s commitment towards the Western Balkan region, or is it rather an approach dictated by the impact of Russia’s war?

There is no doubt that the Russian aggression has undermined the entire security architecture of the European continent and beyond. It has made the Western Balkan region even more fragile and vulnerable to enhanced Russian disinformation and other nefarious activities. The refusal of both Bosnia and Herzegovina, as well as Serbia, to join the EU in imposing sanctions against Russia has also shown the limits of the EU’s influence in its nearest neighbourhood. Serbia even managed to prolong its gas supply contract with Russia.

It is no wonder, therefore, that the EU’s focus in its recent discussions with the region has been on security and on energy to encourage energy diversification and reduce dependency on both Russia and China.

But the question remains whether the EU and its member states are genuinely committed to enlargement and to bringing the countries of the Western Balkan region into the EU in a manner which fully respects the accession criteria and free from any preconditions imposed by individual member states.

Sadly, the case of North Macedonian does not set a good example in this respect.

The imbroglio between Bulgaria and North Macedonia

If there is one issue on which the Macedonian government cannot be faulted, it is perseverance in its determination to pursue the goal of membership in the EU, despite the repeated obstacles thrown in its path. Whether this perseverance is enough to ensure success at the end of the journey remains to be seen. The government must also ask itself if the Macedonian citizens themselves are on board. The latest public opinion polls have shown a net decrease in support for the EU and a strong rejection of the conditions imposed on North Macedonia before the real negotiations for accession can actually start.

The first Intergovernmental Conference on North Macedonia’s accession process took place on 19 July, over thirteen years after the European Commission first recommended that a date be set for the start of the negotiations.

A lot happened in those thirteen years. There were political upheavals and an inconsistent reform record in the country itself. Individual member states meanwhile took the enlargement process hostage to pursue their own domestic agendas, while the EU repeatedly failed to keep its promises made to the Western Balkan region as a whole and to North Macedonia in particular.

The EU tended to view the region through the narrow prism of stability and border management to control successive waves of immigrants rather than on the broader context of ensuring genuine reforms and making the objective of accession a reality. It also turned a blind eye to autocratic tendencies among some of the region’s leaders and continues to do so. The ambiguity in the EU’s attitude to the region has added more fuel to the fire of those who believed that the EU was not serious in its commitment. 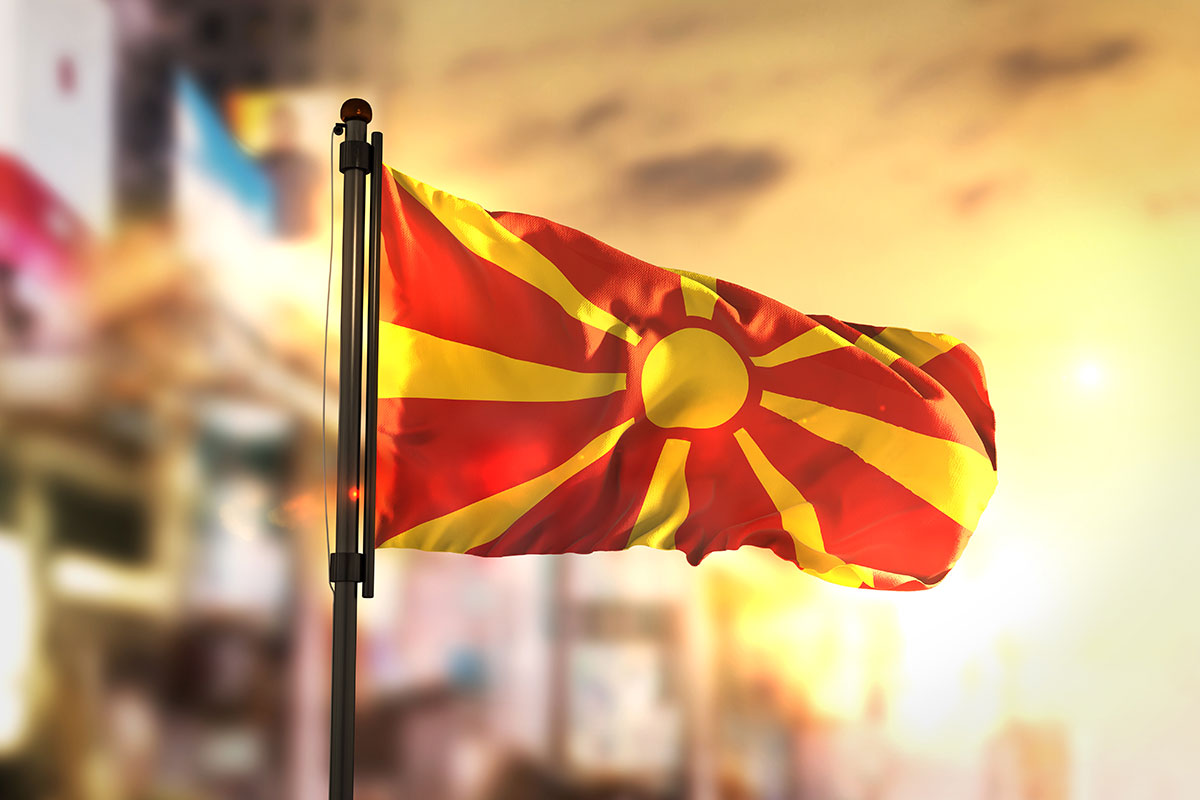 This contributed to further backsliding in the reform process, in addition to a massive emigration of the younger generation seeking their fortune elsewhere.

There is little evidence to show any radical change in this assessment.

The pinnacle of this ambiguity and, indeed, hypocrisy was the French veto of 2019 against the opening of accession negotiations with North Macedonia despite the country having had to swallow a bitter pill in accepting to change its constitutional name under the Prespa Agreement negotiated with Greece the previous year. This opened the door for the Bulgarian veto that followed. Bulgaria refused to allow the opening of accession negotiations until several conditions relating to history and identity were met by the Macedonian government.

The so-called French proposal that President Macron had put forward at the close of the French presidency of the European Council in June of this year, was presented as a compromise solution.

Because it endorsed almost all of the Bulgarian demands, there was no surprise when the Bulgarian government accepted the proposal and dropped its veto.

For North Macedonia, it represented another blow to its nationhood and caused deep anguish among Macedonian citizens who saw it as a betrayal of the EU’s promises. It was viewed by many as a ‘poisoned chalice’ which would deepen mistrust between neighbours in a region where the past remains ever-present. The requirement that the Macedonian constitution is amended to recognise the existence of a Bulgarian community in the country was particularly egregious as there was no provision for reciprocity whereby Bulgaria would, in return, recognise the existence of a Macedonian community in Bulgaria as repeatedly set out in judgements of the European Court of Human Rights in Strasbourg.

The French proposal, which has now become official EU policy, has set a dangerous precedent which will come back to haunt the EU in its enlargement agenda. It has shown once again the EU’s lack of understanding of the heavy weight of history over the region and the sensitivity linked to minority issues, including those that have been the subject of decisions by the European Court of Human Rights.

To add insult to injury, the Bulgarian government proceeded during this year to support the opening of so-called cultural clubs in North Macedonia named after controversial figures from the Second World War who supported the Nazi regime.

This ‘weaponising’ of minority issues by the Bulgarian government, as well as imposing its own version of history, is totally at variance with the behaviour expected of an EU member state and is doing untold damage to the EU’s credibility. It ignores the very essence of the European project, which is supposed to be about reconciliation.

The silence from the EU on these issues is deafening. Instead of creating the conditions for reconciliation in the region, it has unwittingly opened the doors to confrontation, especially between neighbours. This sets a bad precedent for the many other as yet unresolved bilateral disputes across the region.

To offset the negative impact of these developments, the EU should provide enhanced financial support for projects bringing both communities together, similar to what it did when former President Jacques Delors set up an EU Peace Fund to support the 1998 Good Friday agreement in Northern Ireland. It should put forward meaningful initiatives for the benefit of society at large, such as in the areas of integrated education in multi-ethnic societies and reconciliation programmes, including history teaching. Failure to address these issues will only undermine the entire process in the long run.

The EU needs to fundamentally change its approach and make the accession process of the Western Balkan countries more political, more dynamic and less bureaucratic. This was, after all, one of the objectives of the revised methodology for accession negotiations adopted by the EU in 2020. It must accelerate the process so that negotiations are underway with the entire region at the earliest opportunity, with the benefits of membership accruing to the citizens as negotiations progress and reforms are implemented rather than waiting until the negotiations are concluded.

Meanwhile, the Macedonian government, for its part, needs to demonstrate its genuine commitment to reforms, not just in the statute book but in real life as part of societal change. The cancer of corruption remains endemic, and the current government is increasingly falling into the bad habits of the previous regime under Nikola Gruevski. The constant mudslinging in Parliament between the various political factions is not reflective of a consensus-driven agenda which is the sine qua non for success in achieving the country’s foreign policy goals.

If the government wants to succeed in its endeavours and show the same perseverance as it has up to now, it will need to bring with it the whole of society, with civil society organizations playing a much greater role than heretofore throughout the process.

The blog is part of the series of texts "Neighborly conundrum on the road to the EU" by Res Publica and Just Ask about the relations between Macedonia and Bulgaria after the blockade of the Macedonian European integrations by official Sofia. Ambassador Erwan Fouéré is Associate Senior Research Fellow at the Centre for European Policy Studies (CEPS). Prior to joining CEPS in 2013, he was Special Representative for the Transdniestrian settlement process during the Irish 2012 Chairmanship of the OSCE. During his 38-year career with the European institutions, he was the first to assume joint responsibilities of EU Special Representative and Head of Delegation in the EU External Service when he was appointed in this double capacity in North Macedonia (2005-2011), the first Head of Delegation in South Africa (1994-1998) and the first Head of Delegation in Mexico and Cuba (1989-1992). He was awarded the Order of Good Hope, Grand Officer, by President Nelson Mandela in 1998.