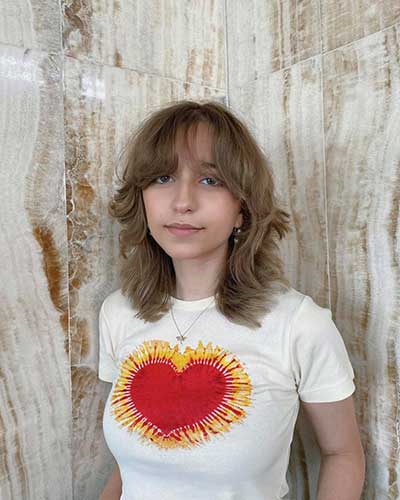 The issue of sex-selective abortions is a wake-up call for the severity of undervalued daughters, women, and girls.

This summer, I met M, a woman in her early thirties from a small town in North Macedonia. M shared with me the story of her motherhood - one tainted with pressures from a patriarchal society and a traditional preference for sons. When she got pregnant after her second child, M traveled to Skopje in order to perform an amniocentesis to determine the sex of the fetus. The results came back grim, she said, and the fetus was female. “We didn’t want another girl” she said, “we already had two”. This meant that the fetus' fate was already determined, and M was to abort it immediately. After this, M had 4 more abortions until she finally conceived a male child - the pride and joy of her family.

Sex-selective abortions are a form of gender-biased sex-selection and are a product of deeply rooted gender inequality. The State of World Population 2020 report found that a quarter of all parents with two daughters may use gender-biased sex selection to prevent the birth of a third girl, and that globally 140 million women are “missing” as a result of sex-selective abortion. Even though the issue's prevalence in East and South Asia has insofar garnered quite a bit of attention, its practice in Southeastern Europe and the Caucasus remains largely unspoken of. According to most recent data from the United Nations Population Division, the sex ratios at birth in Albania, North Macedonia, Montenegro, Kosovo, Azerbaijan, Armenia, and Georgia are alarmingly skewed, as they exceed the normal rate of 105 boys per 100 girls.

For instance, Azerbaijan’s sex ratio is 112 boys per 100 girls. Albania has a sex ratio of 108 boys born for every 100 girls. In Montenegro and North Macedonia, the sex ratio at birth is around 107/108 boys per 100 girls. These numbers are abnormal especially because fertility rates in and Eastern Europe are reported as being relatively low since the 1990’s as a result of political turmoil and radically changing living conditions, making fertility in these countries below two children per woman. What’s more is that if a mother has two children, there is a 25% chance that both of them will be girls. In the absence of other sex selection procedures or a biological phenomenon that changes the sex ratio at birth in these countries, this evidence of sex imbalances at birth must be attributed to sex-selective abortions being performed on female fetuses in the Western Balkans and Caucasus.

Why are sex-selective abortions performed in these regions?

Sex-selective abortion offers a new perspective on the classical perception of the moral permissibility of abortion: what happens when abortion and other technologies that assist in prenatal sex selection, such as ultrasound screening, become accessible in societies with son preferences? In order to understand this gendered practice in Southeastern Europe and the Caucasus, we must fully understand its main causes: a traditional preference for sons, access to technologies that assist in prenatal sex selection (primarily ultrasound screening), and a systemic social violence against women.

Decades of socialism in the Western Balkans and the Southern Caucasus, which had alleviated many of society's most egregious forms of gender discrimination (in work, education, and socio-political autonomy), did little to alleviate inequities within the family unit. The family is still founded on traditional male lineage. These extremely patrilineal and patrilocal institutions remained strong not only during the Communist era, but also after its downfall. Although the quick loss of governmental control during the next era resulted in huge unemployment, the family was still able to provide its members with guaranteed security, financial support, housing, and served as a replacement for dwindling state bodies and undeveloped market mechanisms. 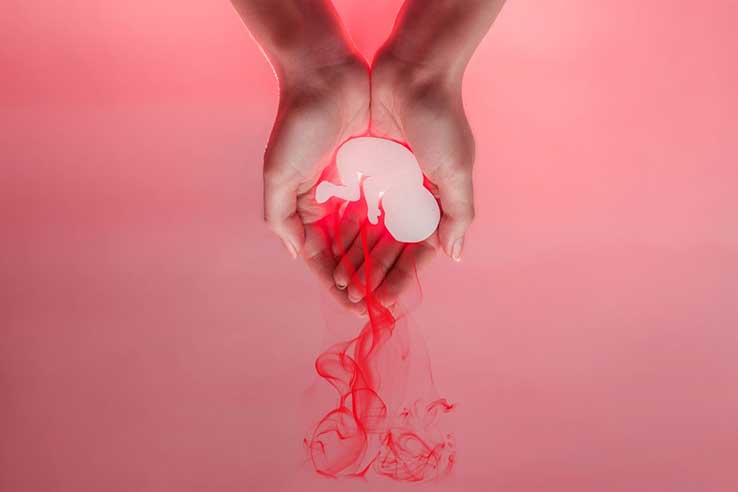 Nowadays, a demographic context characterized by low fertility and worldwide outmigration exacerbates the social and economic crisis even more. The son is therefore an economic tool: he inherits all property owned by the family, and often takes care and lives with his parents even after marriage. Due to the disparity created by this traditional family unit and property ownership, equal economic and political engagement for women in these regions is a long way off. Abortion, which has long been a popular technique of family planning, is increasingly being used to prevent female births under the guise of this economic safety net, and only further prevents women from achieving equal participation in the public sphere.

In addition to this traditional conception of the family unit, Eastern European countries now have access to modern prenatal sex selection procedures since the opening of their borders and the growth of a market economy. Despite the fact that abortion has been available in most of these countries for a long time, and in many cases under sanitary and safe conditions, ultrasound equipment either didn't exist or was based on Soviet technology that produced low-quality, difficult-to-interpret images. When the borders were opened in the early 1990s, more advanced technology could be imported, and private clinics were able to provide ideal reproductive health services for future mothers. Other methods of prenatal sex-determination available today, such as amniocentesis or the Non-Pervasive Prenatal Test (NIPT) which was recently introduced on the NHS in 2018, can determine the sex of the fetus as early as 9 weeks into pregnancy.

What should be done to prevent this practice?

Although material and economic realities set the stage for the practice of sex-selective abortions in the Western Balkans and Caucasus, there is an inherent violence without which sex-selective abortions cannot be practiced - a violence against those who never even got the chance to become women. Sex-selective abortion is not a matter which calls for stricter abortion laws or government bans. On the contrary, a 2019 study finds no solid evidence that direct interventions, such as banning prenatal sex-selection technology, have any success in lowering the higher mortality risk for female fetuses. Bans on the use of sex selection technology may accidentally deteriorate the condition of the same people they are supposed to safeguard, making women more vulnerable to abuse from their husbands or family members who expect male heirs. Additionally, banning pre-natal testing in one area does not mean future mothers will not travel to use sex-selection methods in another area. For instance, Montenegro’s ban on prenatal testing did not fix their sex-selective abortion issue, as prenatal testing was still performed in Serbia.

This tells us that sex-selective abortion is not the concern of legislature. In fact, it is a natural product of a system which perpetuates violence against women. How can women fully make their own medical decisions about their own bodies, when these choices are influenced by husbands and in-laws who vow to punish her if she does not bear a son? How can women fully make their own medical choices about their own bodies, when the private clinics and doctors who perform the abortions are an essential asset to the system that undervalues women and girls? Even if abortions laws became stricter in order to prevent such practices, women would still be ostracized and degraded for their inability to bear a son. In many places, female infanticide would still persist. Newer technologies, such as CRISPR, now even allow prospective parents to select their fetuses’ sex. Would they ever choose to bear a girl?

The UNFPA report, “Preventing gender biased sex-selection in Eastern Europe and Central Asia”, highlights key policy recommendations that would tackle this root cause of sex-selective abortions. Reviewing gender equity legislation to ensure that daughters, married wives, divorcees, and widows do not face direct or indirect discrimination in property rights, education and employment, health and social insurance, pension benefits, and inheritance is crucial. Healthcare providers must be trained with new standards on the ethical use of technologies that assist in pre-natal sex selection, and the existing legislative frameworks governing the misuse of reproductive technology must be amended.

Programs that provide financial aid to families with girls, either through direct subsidies or indirect incentives such as tax discounts, scholarships for girls' education, and additional social benefits could be implemented in order to counteract the idea that daughters are an economic burden. Most importantly, greater study must be conducted on the underlying causes of gender bias and the potential ramifications of present sex imbalances, as well as a more systematic monitoring of sex-selective abortion trends through national statistical offices in all nations of Eastern Europe.

The issue of sex-selective abortions is a wake-up call for the severity of undervalued daughters, women, and girls. Although ending the practice of sex-selective abortions is a moral responsibility of medical professionals who are making use of these technologies and a moral obligation of those who are pregnant, it is most importantly a broader social, structural, and policy level obligation to help improve the material conditions of women and girls in the Western Balkans and Caucasus.