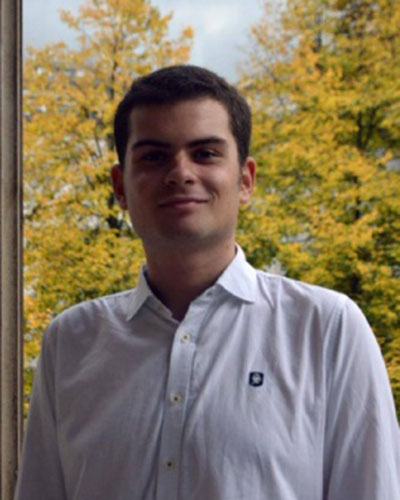 The Left Party has been on the rise at least since the name change referendum in 2018. However, in the long run, this rise may be jeopardized by personnel and geographical constraints, ideological eclecticism, Euroscepticism and the low coalition potential of this political party.

In the last few years, probably the only Macedonian politician whose popularity is continuously growing is Dimitar Apasiev. In the 2020 parliamentary elections, the party he represents, the Left (Leivca), managed to win two seats despite the relative anonymity of the rest of the party leadership to the general public. Meanwhile, his personal popularity managed to disrupt the long-standing duopoly of the leaders of the two largest parties, even surpassing the popularity of Hristijan Mickoski, leader of VMRO-DPMNE, according to a public opinion poll.

How far can Apasiev and Levica reach in terms of popularity is probably the most interesting question in the run-up to the local elections this fall, and in general in the next few years on our otherwise stagnant political scene. While the party is probably already thinking about the next parliamentary elections, the local scene is usually the key step in the rise of the anti-establishment parties with which the Left political party openly identifies.

In that regard, the local elections are a good occasion to discuss at least four important reasons why the rise of Apasiev and Levica could reach its peak much sooner than is often assumed in public. This text aims to be analytical (what does the rise of the Left depend on?) and not normative (is the rise of the Left a desirable outcome for the country?).

We, of course, cannot know if this party would have succeeded nationally even, without the initial success at the local level. However, it is very likely that winning mayors in two key cities, if nothing else, significantly accelerated their rise. Apart from proving to voters that the party is strong enough that it is “worth it" to vote for them, winning the local government also brings a greater media presence, but also a significant institutional platform for further multiplication of the support.

The differences between the Five Star Movement and Levica are numerous and go beyond the focus of this article. However, the important role that such local success has played in the recent rise of this anti-establishment party raises tricky questions for Levica. Given the fact that the rest of the party leadership is in the shadow of Apasiev, it is difficult to imagine a competitive cadre from this party in the local elections.

In fact, the personnel (cadre) limitation is partially reflected in the regional concentration of the party around the capital city. One fact that was largely ignored in the fame surrounding the party's 2020 result is that they won twice as many votes in the first constituency (7.53%) than the average in the remaining five (3.26%), confirming (at least at that point) the geographical limitations of its popularity.

One of the favorite topics in the public when it comes to Levica is the dilemma which of the two largest political parties are “threatened” the most by their rise. The dominance of interethnic issues in Apasiev's rhetoric (especially on social media), which is also empirically supported in this paper, often leads the political commentators to (miss) categorize Levica as a right-wing party, which aspires to "push out" the VMRO-DPMNE party.

However, the dominant focus on the capital city, the urban-intellectual rhetorical pretensions of Apasiev, and the maintenance of (apparent) continuity with the progressive-leftist origins of the party by retaining its name, indicate that Levica is indeed counting on (some of) the electorate of SDSM.

Hence, the real question is not whether Levica is a catch-all party, but how its character can influence its popularity in the future. Although the fact that this party is in a position of attracting votes from both major political parties seems like an advantage, it can easily turn into a disadvantage. 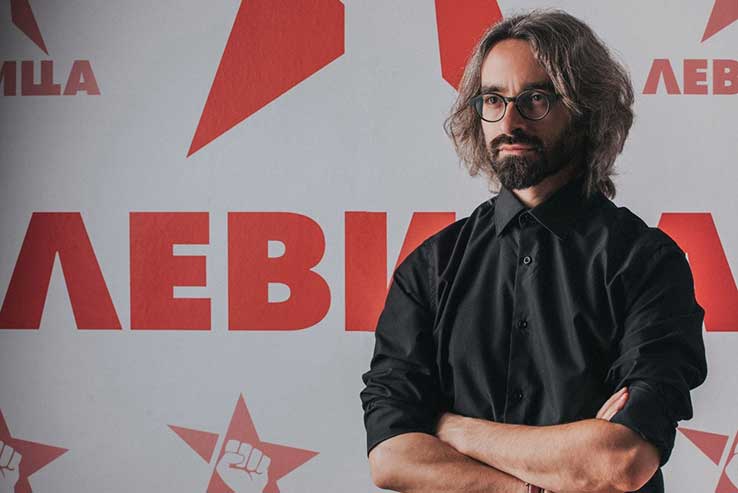 Given Apasiev's “obsession” with the so-called Greek "pasokization" in his public appearances, it might seem that Apasiev himself also desires a more direct future trajectory for his party. In this scenario, Levica would simply replace the "big" party that is nominally closer to it (SDSM), as the "little" Syriza once imposed itself against PASOK at the Greek political scene, instead of waiting for the complete collapse of the three-decade-old (de facto) bipartisanship in our country.

However, it is unclear how they could carry out this "pasokization" if it differs substantially from (the voters of) the party it is supposed to "pasokize". It is exactly this difference on one of the most important political issues in the country that brings us to the third reason for pessimism regarding the future rise of Apasiev and Levica.

The continuous stagnation in the European integration of the country probably came handily for Apasiev and Levica. Although Apasiev has not spoken out against the EU membership of Macedonia, his rhetoric on the issue is at least Eurosceptic.

One of the most common patterns in the public appearances of Apasiev and Levica is the indication of the alleged inconsistency of various EU members towards the European values, for example when they sent a protest note to the Spanish Embassy in Skopje because of the imprisonment of a Spanish rapper for spreading hate speech. The frequent use of the pejorative coinage "EU fundamentalism/ EU fundamentalists" is also mentioned here, mostly in relation to government officials, with a message that the commitment of the Macedonian authorities to the European integration is naive and ultimately harmful to the country.

Apasiev is often careful enough (although there are exceptions, as shown in the picture below) to direct his criticism to the practical manifestation of the "European values" across the continent, rather than to those values specifically, but the question is how such subtle flirtation with anti-EU-oriented parts of the population may affect the popularity of the party.

What should probably worry Apasiev is the fact that the support of the citizens for EU membership (at least so far) proves to be stubbornly resistant to the constant obstacles in the European integration process. Most polls since the French "veto" in autumn 2019 onwards show consistency or only slight decline in the membership support, and even the polls that show significant decline continue to reflect the majority support.

Particularly interesting are the cross-tabulations of the polls according to political party affiliation, which show that over 90% of SDSM voters continuously support EU membership. Of course, it is impossible to predict the future trends in the attitudes of the citizens regarding the EU, but for now the Euroscepticism remains politically harmful for Levica, especially when it comes to the outflow of votes from SDSM.

The high degree of Euroscepticism, which separates Levica from all other parliamentary parties in the country, even from VMRO-DPMNE, create a deep gap between this party and the rest of the Macedonian political system. This is certainly a minor problem at the local level, but it can be an insurmountable obstacle for the party to make a breakthrough towards the central government, especially in a (semi) parliamentary and fragmented political system like the Macedonian one, where the coalition potential plays a key role.

The low coalition potential of Levica can be seen on two levels. The first level is where this party is at now. In a de facto bipartisanship (a system in which the senior coalition partner is always given by one of the two largest parties), the harder it is for a smaller party to enter the parliament and the easier it is to gain an influence that is disproportional to its (small) number of MPs once they are inside the parliament.

This paradox of the parliamentary systems is known in the political science as a scenario in which "the tail wags the dog". It is a situation in which the distribution of forces between the major political parties is relatively balanced, which gives a huge (and "undemocratic") privilege to the smaller party, which gets a key role in forming a government, despite its relatively low support among the citizens.

For two consecutive election cycles, the difference in the number of MPs of the two largest parties is only a few mandates (in favor of VMRO-DPMNE in 2016, and in favor of SDSM in 2020). This shows that, depending on the distribution of forces between the other smaller parties, and especially if it wins another mandate in the future, Levica could easily find itself in the role of "kingmaker", or a kind of godfather to the future ruling coalition.

The problem, however, is that any coalition with one of the two largest parties would directly trample on the anti-establishment primacy of this political party, which Apasiev is often proud of, calling himself "Robespierre the incorruptible". Moreover, the coalition potential of Levica is further limited by the political incorrectness of the party with regards to the interethnic issues, which can create problems for the Albanian parties, but also for SDSM.

Hence, it seems that the party could gain power only as a senior coalition partner, that is, as a winning political party in the elections, which means that Levica would have to go a very steep path from that of other (once) "small" political parties around the world mentioned in this text.

There are several indications that the rise of Apasiev and Levica (at least in the short term) can be expected to continue. At first glance, the decline in support for the two largest parties between the elections in 2016 and 2020, the rise of Apasiev and Levica in the same period (but also in the past year according to polls), the frequent incompetence of the current ruling party, and the unpopular coalition of SDSM with DUI (now at the local level) – all point in that direction.

In this context, the purpose of this text was to point out four long-term (and perhaps less obvious to the general public) factors that point in the opposite direction, and which deserve at least equal weight within the media discourse about Dimitar Apasiev and Levica in the future. 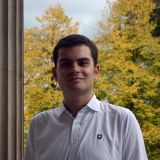 Kristijan Fidanovski holds a PhD in Social Policy from Oxford University, where he studies policies to stimulate the birth rate in the Balkans and Eastern Europe. Christian holds a master's degree in political science and Eastern European studies from Georgetown University in Washington, D.C., and a bachelor's degree in the same field from University College London (UCL). In addition to birth rates, his primary research focus is on party systems, European integration processes, and conspiracy theories. He has published academic papers and journalistic texts in Macedonian, English and Italian for dozens of domestic and international publications.