The looming collapse of liberal democracy 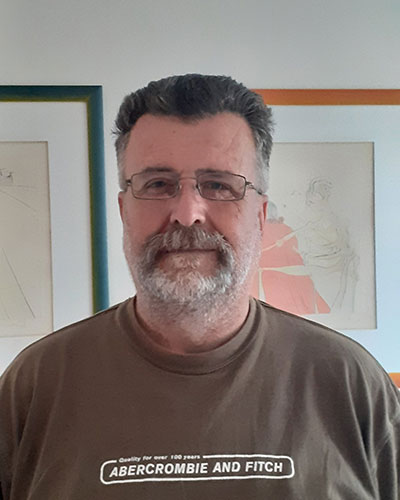 The West could serve the rest of the word as an exhibition of terrible and visibly failed ideas, including Communism, Fascism, Nazism, feminism, anarchism and, lately, liberalism.

The COVID-19 pandemic presented the international public with the multidimensional crisis that has been brewing during the last three decades in the Western societies, hidden behind the media propaganda or immediate concerns of smaller daily crises. That larger crisis is the crisis of the liberal democratic system, and the global liberal order installed by the current political, economic and cultural hegemony of liberal democratic countries, mainly the US and major EU member countries. However, the pandemic crisis did not cause the liberal democracy crisis; its roots rest with the major socioeconomic transformations that globalization has brought about in a global scale, including in liberal democratic societies.

Liberalism, the ideological foundation of liberal democracy is a philosophical system of thought built on the assumption that the free and rational individual is society’s cornerstone. Individual’s rationality makes impossible collective action because, if someone behaves in order to maximize his/her own benefits, social life becomes impossible. Theoretical games such as the Prisoner’s Dilemma apply to show that, when individuals follow their rational interests, society ends up worse off compared with what would have been had individuals cooperated with each other.

Thus, in order to enable collective action, individuals establish state institutions where they surrender those freedoms that prevent social cooperation, under the contract that obliges the government to guarantee those specific rights that individuals continue to retain for themselves. In turn, the government applies laws to holds citizens accountable for their adherence to such a social contract, whereas citizens hold government accountable through periodic elections.

Liberalism is the only thought system that places the individual at the center of social relations. Based on writings of the British Enlightenment scholars such as John Locke and David Hume, political agency belongs to the individual due to his/her God given, undeniable rights for life, liberty and private property. Yet in this triptych, liberty takes the upper hand up to the point that today, the right for life and property have been framed with individual liberties. Thus, the free individual represents the fundamental epistemological assumption of liberalism. Born out of the strange and tension-filled marriage of liberalism with democracy, the liberal democratic political system has transformed, at least rhetorically, the protection of individual freedoms and rights to a fundamental norm underlying all its domestic and international politics and policies.

On behalf of such principle, liberal democratic countries have criticized other countries, boycotted Olympic Games, conditioned membership in international organizations, and even fought in battlefields. Without individual freedom, liberal democracy would not be what it is, and instead it would resemble any other political regimes experienced thus far by human society. Individual freedom is that single element that makes liberal democracy a unique political system, unprecedented and non-replicable.

Thus, when the COVID-19 pandemic hit the planet, what sounded weird in the wide range of government restrictions around the globe were not the draconian measures imposed by the Chinese government but the massive violation of individual freedoms practiced by the majority of liberal democracies, as well as their ultimate disregard toward individual agency, individual’s ability to act according to his/her “God-given” natural right, his/her personal interest. Moreover, what was even more surprising was the willingness of a majority of individuals to allow government to rip them off of those “God-given” rights without any apparent resistance.

Perhaps exactly because of this reason, the COVID-19 pandemic revealed that liberalism rests on an untenable assumption, and that not freedom, as liberals preach, but survival instinct, as conservatives hold, is what God (or Nature) has ultimately endowed us originally. Therefore, Western liberal democracies’ claims that restrictions of individual freedoms save lives divested liberal democracy of its uniqueness, the priority of freedom over survival. The shout out of the American revolutionary Patrick Henry “give me liberty or give me death” ended up to be simply an ideological bullshit of the liberal hagiography.

The pushing out of individual freedom from the liberal democracy equation brings about major dilemmas not only for the fate of liberal democracy but the entire international order. The first distinctive sign of the crisis is the official and/or social censorship in the shape of cancel culture, a tendency of social structures, liberal media, and state institutions to muzzle anyone who offers an alternative or opposing statement from those promulgated by the liberal elites and the powers that be in and around liberal democratic regimes.

That liberal democracy has lost the battle of ideas, this becomes obvious with the endless censorship that liberal democratic government or their big tech allies impose on viewpoints that question the total liberal control of the sphere of ideas. However, whereas the struggle for ideological hegemony is not an unknown phenomenon, what undermines liberal democracy’s success in such a struggle is that, in order to successfully fight it, liberal democracies must cut the branch where they sit on: the individuals’ freedom to make their own choices, have a different opinion, and express that opinion in a different way. 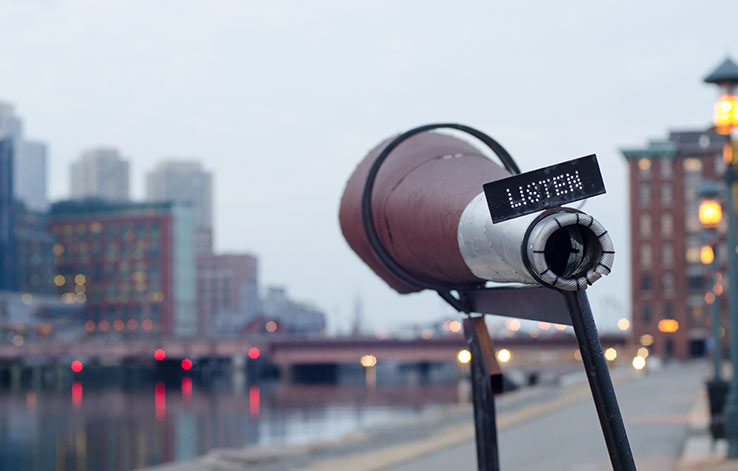 The true roots of the crisis

The discussion thus far demonstrates only the symptoms of the crisis, not its causes. The latter are structural in nature. Liberalism emerged in Western Europe during the Eighteenth Century with the writings of British and French Enlightenment scholars, and was boosted by the American and French revolutions by the end of that century. Liberal democracy was an effort to administer the new socioeconomic relations brought about by the Industrial Revolution of the Nineteenth Century, where relatively high industrial wages enfranchised millions of individuals from feudal economic relationships. That was the first time in the history of humankind when entire families could survive independently of the communal economy.

The winners of that revolution were industrial bourgeoisie and workers, who together formed a large social class which came to be known as the middle class. That class became the locus of the necessary political consensus for the new liberal democratic political system. Meanwhile, the losers of industrialization, micro-bourgeoisie, founded a wide array of reactionary ideologies such as Marxism, feminism, Fascism, Nazism, each of them having in its core the critique against the concept of free individual as well as the proposal to throw back the individual in function of power centered structuralist dynamics of class, gender, social hierarchy, and race, respectively.

The new socioeconomic relationships begged for new community bonds. Old communal bonds disappeared behind the apartment privacy that the family nucleus began to enjoy. Gradually, the new socioeconomic relationships opened the way to a previously unknown concept, the nation-state, as a collective identitarian reference. The nation-state offered that lost feeling of community that previously existed in the feudal county, but took now a previously unknown dimension: massive indoctrination by using the extraordinary resources of the nation-state. Thus, individual freedom and the nation-state became the two fundamental ideas employed by industrial societies to establish their new political system, liberal democracy.

Therefore, we must look for the roots of the liberal democracy crisis at the major socioeconomic transformation that are sweeping the contemporary West, which is the geopolitical birthplace, but also the original residence of liberal democracy. Deindustrialization due to globalization, and massive immigration have given lethal hits to both pillars of liberal democracy. On the one hand, deindustrialization has thinned the middle class, its primary beneficiary, thus hollowing out the existing consensus on that political system. On the other hand, massive and intensive immigration have unraveled any overarching sense of national community that the nation-state used to offer, as best exemplified by closed immigrant communities in many western cities, such as Paris’ tenements, Grigny, les Mureaux in France, Molenbeek in Belgium, Botkyrka, Fittja, and Malmo in Sweden, where the police is reluctant to enter, thus demonstrating one of the major crises that a society needs to resolve in order to democratize or remain democratic, the penetration crisis.

The roots of the liberal democracy crisis lay right where the roots of its rise and splendor rested: the socioeconomic structures underpinning each political system. The Digital Revolution is bringing about socioeconomic structures much different from those of the Industrial Revolution. The Marxist concept of the proletariat carries no longer import: today, no one possesses only his/her working arms. Intellectual property today is perhaps as relevant as estate property. Today, there are no longer peons who move from the countryside to metropolis for a job in industry; instead, contemporary cities are being invaded by digital industry’s specialists and managers.

This movement is causing the gentrification process, where poorer people who initially inhabited big cities are leaving toward smaller centers or ending up homeless. National economies no longer rest on industrial production but rather on services, which has brought about what today is known as the postindustrial society. In many cases, those services do not produce anything else of social value but mere profit for an unproductive category of shareholders. Western societies are accumulating enormous wealth out of the globalization process, but its distribution has been more unequal than ever. The beneficiaries of such a wealth have tried with mild results to overcome the indispensable tensions that such unequal distribution generates by increasing the amount of social programs, but social unrest is growing, as shown by the Yellow Vest movement in France in 2020 or the BLM and Antifa riots in the US.

Can liberal democracies survive the thinning of the (middle class) herd?

What remains to be seen is how liberal democracies would manage such an erosion of the two pillars on which they rest. How would they survive without the necessary consensus generated by the ever thinning middle class and an evaporating nation-state? How would they manage the shifting from individual freedom as a peremptory value of a liberal democratic society to survival? Here liberal democracy is in an uncharted territory, but not humankind. Every dictatorship has sought its legitimacy at society’s need for survival.

Signs are that liberal democracy would not be able to survive those structural changes, and that its days are numbered. According to former Czech premier Vaclav Klaus, once a self-declared liberal but today known as a conservative, along its destruction, liberal democracy is taking down the Western Civilization. A new model by the professional services giant KPMG only confirms an MIT model of 1972 that western societies would collapse around the middle of our century.

Whereas those models emphasize mainly material factors such as economy and overexploitation of the planet, established social knowledge shows that societies collapse due to their wrong decisions taken on wrong ideas. Regarding the latter, the West could serve the rest of the word as an exhibition of terrible and visibly failed ideas, including Communism, Fascism, Nazism, feminism, anarchism and, lately, liberalism. 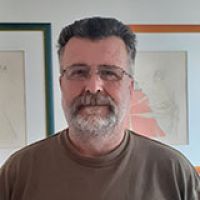