Voicing the public interest in Macedonia

Having in mind the recent political developments in the country, it has never been more important to deconstruct the meaning of the term Public interest. It seems that the term has various meanings, depending on who you ask, and whose interests are on the line.

In general, public interest involves matters, or policies that affect the majority of people in a particular society. However, the term lacks a firm definition, despite its continued citing in a number of legal codes and regulations. This opens room for misuse of the term by actors willing to justify public interest matters where no real public interest is obvious. Journalists, media and CSOs are therefore left with the difficult task of having to assess the competing values they face on a day-to-day basis in regards to their legal or ethical scope. For this reason, we need to clarify what constitutes as public Interest, primarily in the domestic (but also international) regulation; evaluate the role of the public Interest in correlation with other human rights, and identify the best practices in the field. This is precisely the aim of the recently commenced project "Voicing the Public Interest: Empowering Media and Citizens for Safeguarding the Public Policy in Macedonia", spearheaded by the Institute of Communication Studies (ICS) in Skopje, with support of the British Embassy in Macedonia.

The principle of safeguarding the public interest is enshrined in several laws in the country, but the term lacks a unique and widely accepted definition in the Macedonian legislation. Most often the term public interest is defined separately within the specific laws that regulate certain areas (e.g. the Law on Prevention of Conflict of Interests, Law on Audio and Audiovisual Media Services, Law on Higher Education etc.). What is common among these differing legal codes is that they deem the public interest as a broader social good that is beneficial for the prosperity of all citizens under equal conditions.

The Project has the interconnected goals of: raising awareness of citizens, and educating media professionals on the significance of public interest in upholding good governance principles. The project sets out to examine how this ubiquitous term has been used and understood in a variety of legal and ethical contexts. It will also explore the public attitudes to the public interest. The projects' activities will enhance professional media norms and standards by introducing the concept of public interest journalism in Macedonia.

The above goals will be achieved by (i) producing a comprehensive, and comparative analysis of the notion of Public Interest in Macedonia and the EU, how it's regulated in the national and European legislative, as well as how public interest is perceived by the broader public in the country (ii) developing of Editorial Guidelines for Safeguarding Public Interest (including the Public Interest Test) aimed at Newsrooms. The Guidelines will teach journalists to better grapple with public interest issues and dilemmas that they face on a daily basis, and distinguish between matters of public interest, and those that are interesting to the public and (iii) create a digital citizenship initiative "Res Publica" that will empower citizens, journalists, experts, and members of other communities to participate in the public sphere and debate about issues of public interest.

By implementing the activities foreseen within this Project, we are embarking on a difficult journey. Yet, the positive ramifications of completing this journey will be multifold. Media and journalists will have a clear overview on what constitutes public interest journalism, which will enable them to identify when they're truly serving the public interest, and when simply appeasing to the public's tastes. Opinion-makers will have a chance to publicly express their views and opinions on matters that are often placed "under the rug". Finally, and most importantly, citizens will be made aware of the importance of public interest, and the actors that are faced with the noble task of guarding their interests and well-being.

In any regard, the public's voice needs to be heard − and given stronger representation. By implementing this Project, we mean to satisfy this need. 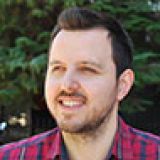 Bojan Georgievski has an MA from the Faculty of Law, Department of International Law and International Relations. His research interests fall into several areas: the right to privacy and the protection of personal data, media law and new social media. He is the author of several academic and research articles.