Politicians in Kosovo are being obstinate, citizens are suffering 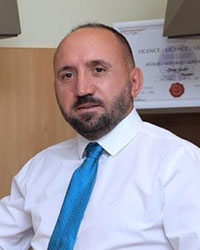 Citizens and the economy are the victims of political wars in Kosovo.

It is already obvious that the pandemic has not only impacted our health, but has also severely impacted the economy. No state economy around the world is left unaffected by the isolation and the paralysis of public life. Global trade and investment, as well as government revenues have declined, while public debt has increased. Some researchers consider the pandemic to be the third-largest global-impact incident of the 21st century, after 9/11 and the global financial crisis of 2008. In economic terms, a long crisis means more businesses going bankrupt, and major damage to industries such as malls, retail supply chains, and tourist travel.

A big dilemma for all countries is: how to curb the virus and at the same time stimulate economic recovery? The longer the isolation period, the more difficult the economic situation becomes, at micro and macro level.

The first case of COVID-19 appeared in Kosovo on March 13, 2020, and the number of infected persons has been constantly rising. The total number of positive cases in Kosovo is currently 15,172, out of 57,239 suspected virus cases and 615 deaths. Measures to prevent the virus from spreading in Kosovo began with the emergence of the first cases. On March 11 it was decided: to shut down educational institutions, to suspend international air and road traffic from high-risk countries, to carry out mandatory control of passengers from the countries affected by the epidemic and to order mandatory self-isolation for people coming from countries affected by the virus.

And on April 15, the strict measure to restrict freedom of movement came into force, starting with the allowed 90 minutes a day, followed by a gradual increase according to the assessment of the pandemic situation. Having ascertained that the pandemic is well managed, on May 4, with the decision of the Ministry of Health, the gradual economic reopening began. Initially, construction, retail and gastronomy were allowed to operate, while in later stages, shopping malls, sports halls, public and railway transport, etc. were also permitted to operate.

The adoption of restrictive measures in March 2020 brought a decline in economic activity in Kosovo, the effects of which were evident in the increase of unemployment, rise in the number of citizens with deteriorating living conditions, decrease in aggregate demand and production, decrease in income and capital investments and much more. In budget revenues, VAT revenues and customs duties showed a significant decrease during the pandemic.

As far as budget expenditures go, the capital expenditures were significantly decreased, at the central level the decrease was 51.3%, while at the local level it was 30%. Gross domestic product, which in 2019 in Kosovo was over 7.1 billion euro, in the 2020 budget was planned to increase to 7.4 billion euro. Due to the pandemic, GDP in 2020 is expected to be around 6.8 billion euro.

Small businesses to take the hit

Small businesses are the ones most affected by the economic crisis caused by the pandemic, some of them were even forced to close down. From March 13 to July 28, 255 businesses were shut down in Kosovo, of which 235 were individual businesses. The Kosovo Business Agency estimates that this year will be a record year in this regard. If this trend continues until the end of the year, it is possible to have more than five thousand companies shut-down. With the continuation of installment payments, as well as payments of interest and taxes, after the three-month deferment (March-June), the liquidity of even the largest companies in the country has deteriorated even more - not to mention small businesses.

Regarding the impact of the pandemic on the labor market - in Kosovo in 2019 the unemployment rate was 25.7%, or an absolute number of 125,305 unemployed persons. While the employment rate was around 30.1%, or in absolute terms, the number of employees was 368,180. If we analyze these figures, we come to the conclusion that the labor market in Kosovo is quite unstable. COVID-19 may make these figures even worse. The largest percentage of employed citizens in Kosovo have temporary contracts, while the number of employees working without a contract is about 20%, which means that this category will be most affected by the pandemic, having in mind that these individuals’ income also affects their families’ economy.

The private sector poleaxed by the pandemic

Given the entire situation, it is expected that Kosovo will register at least another 246,000 unemployed persons in the second half of the year. Swelling unemployment has also given rise to the number of families seeking welfare allowances. The number of beneficiaries of the Social Welfare System in January 2020 was 24,229 families, while in the last month, in July, that number was 24,737 families. Compared to February, the number of families receiving welfare allowances has increased by 559 families in the social welfare scheme. The amount of funds that these families receive from the Government of Kosovo is in the amount of 50 to 150 euros per month, depending on the number of family members.

To help businesses and workers who were laid off, as well as other categories who suffered financial ramifications from COVID-19, the Government of Kosovo adopted the 179m-euro Emergency Fiscal Package. In the 10th emergency package referring to ​​businesses, the Government, i.e. the Ministry of Finance and Transfers, included three categories of workers who were affected or suffered damage by the shutting down of businesses or due to diminished income of the businesses.

Missed chance for a better future

In the first week of July, the Government of Kosovo submitted to the Assembly of Kosovo the Draft Law on Economic Recovery. This bill, had it been adopted, would have allowed the citizens of the country to withdraw 10% of their funds saved up in the Pension Savings Trust, thus increasing the overall demand in the economy. The law also provided for lending to the economy on favorable terms, especially for small businesses and farmers - by covering the risks and subsidizing interest rates by the Government of Kosovo. Through the amendments to the Law on VAT, the VAT rate would have been reduced from 18% to 8% for the hotel and gastronomy industries. This would have created a legal opportunity for the Government of Kosovo to implement significant measures that would stimulate the process of economic recovery and improve the lives of citizens. However, due to the lack of a quorum, this law was not adopted.

In the second half of September, the Kosovo Assembly had a second chance to pass the aforementioned law. Once again it was proven that the current government is in crisis, and that political obstinance is placed above the interests of the citizens. Political rivalry within the ruling coalition renders the ruling majority virtually incapable of decision-making.

On the other hand, the opposition is lacking political will, and is waiting for the most favorable moment to overthrow the government. In this political climate, the citizens and the economy of the country are victims of the war between politicians. Economic recovery is a long and laborious process and requires the cooperation of all actors to harmonize a number of decisions and activities, including international economic agreements, increasing public debt, creating new opportunities for export of Kosovo products, promoting regional cooperation, investments in infrastructure, etc. Unable to predict the end of the pandemic, but also unable to return to the same socio-economic conditions as before the pandemic, the new situation should be seen as an opportunity to test new economic and social policies.

Financial support for businesses that employ young workers and tax cuts for small businesses will certainly lead to their better economic and social well-being. But it will also help citizens looking for work as a result of the economic devastation caused by the pandemic. 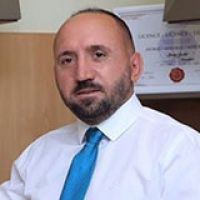 Lirim Gashi has obtained his Bachelor's degree in law at the Law Faculty and in History at the Philosophic Faculty of the University of Prishtina. He obtained a Master's Degree in International Law. He is currently working as an Attorney at Law in his Law Office.