This year was an economic bust for Montenegro 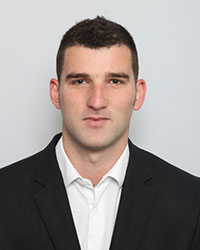 Inadequate measures of the Government of Montenegro led to a 138 million euro decrease in deposits in the period from February to April, mostly affecting private companies, whose liquidity was put on the line, and it also led to another 5,000 people joining the unemployment line in April alone.

With the emergence of the coronavirus in Montenegro, the Montenegrin government was quick to react by introducing restrictive measures that included a ban on public gatherings, maintaining physical distance between people, and shutting down a number of businesses, so as to prevent the spread of the virus. Were it not for restrictive measures, the number of infected persons as well as the mortality rates in those infected would go up more rapidly, which would have put great pressure on the health system. On the other hand, the introduced restrictive measures have paralyzed the fragile Montenegrin economy, where tourism as a volatile branch of the economy has a share of 25% in the country's GDP.

The borders were closed from mid-March to mid-August, which, in addition to a drastic drop in the number of tourists, led to a further spillover to other branches of the economy, and then further affected the decline in products and services of the branches directly or indirectly related to tourism.

This spiraling has led to lower tax revenues for the state, while companies have been lowering employees' salaries or laying off employees for some time now, due to decreasing income. The country’s export - import coverage ratio is at a low 16%, public debt is over 80%, the budget deficit, balance of payments deficit, and the country's credit rating decline to a speculative debt zone only confirm how vulnerable Montenegrin economy is, while external shocks such as the coronavirus pose a real challenge even for countries whose economy is much more developed than the economy of Montenegro.

The Montenegrin government adopted the first set of measures at the end of March this year. One of the most significant items in this first set of measures was the granting of subsidies in the amount of 70% of the minimum wage for the businesses that have been shut down and 100% of the taxes and contributions corresponding to the minimum wage for each currently employed person. For vulnerable businesses that continued to operate, yet suffered a blow from the coronavirus, the subsidy was 50% of the gross amount of the minimum wage per registered employee.

The measures introduced were not enough to remedy the negative effects on the economy, where the minimum wage is 222 euros and micro, small and medium enterprises comprise about 98% of the economy. In comparison, at the end of March this year, the UK government paid employees affected by the coronavirus salaries in the amount of 80% of what they earn, amounting up to £ 2,500 net per month.

Last year, the income from tourism amounted to 1,100,000,000 euros, and this year it is expected that tourism would earn up to 10% of last year’s earnings, which means that this year's income will be lower by almost one billion euros. There are over 1000 taxi drivers in Montenegro who did not work due to the pandemic during March and April, so their example shows the negative impact of the coronavirus on employment. Also, there are about 6,000 employees in the hotel industry, the number is a clear indicator of the scale of the crisis in the industry, and another 35,000 people are indirectly connected, mostly caterers and traders.

At the end of April this year, the Government of Montenegro aided tourism with 5 million euros, which is insufficient for an industry that employs over ten thousand people and which generated revenue of one billion euros last year. This second set of measures also included aid for 100,000 employees in the amount of 46 million euros net for a period of three months, which is some 130 euros per month per employee - far below the minimum wage. The payment turnover in April last year amounted to 1.65 billion euros, and this year only 1.1 billion euros, so the destructive effect of the coronavirus can be seen here as well. 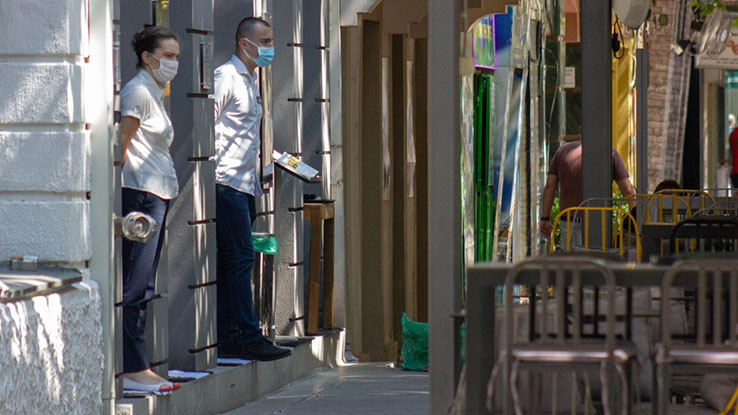 During the second aid package, the Government of Montenegro reduced the salaries of officials who received the highest salaries in the administration, by up to 50%. The electric power industry doubled the subsidies for the most disadvantaged families, which includes 20,892 underprivileged people and it cost 825,000 euros. One-time assistance was provided to unemployed persons who were registered in the Employment Bureau as at March 31, this measure covered 16,000 persons, and there was aid provided to a specific group of pensioners, which together cost 290,000 euros.

At the end of May, Montenegro opened its borders to the countries of the European Union, but that did not lead to the arrival of foreign visitors, since Russia, Serbia and Bosnia and Herzegovina are the primary countries from which people come to Montenegro, so many hotels remained closed throughout June. The budget rebalance was done in June, with the assumption of a 40% drop in tourism, but since the drop was twice as large, it became clear that there will be a much larger gap in the state treasury than projected by the government.

Beaches and hotels in July were eerily empty, the number of people infected with the coronavirus increased, and about 30,000 people joined the unemployment line, literally everyone was affected - tourism, catering, trade, agriculture, food industry. No seasonal workers were hired, instead employees’ working hours were cut down and layoffs ensued due to large quantities of stocked up supplies, accumulated costs and low revenues. Cruisers did not enter the Bay of Kotor (Boka Kotorska), which directly affected the business of many businesses in Kotor.

The business community was not satisfied with the measures that the Government of Montenegro implemented. Instead, they demanded radical changes, primarily lowering the VAT rate from 21% to 7% for tourism, and that companies in this line of business be exempted from paying all local and utility fees for 2020, and reprogramming their debt to public companies and local governments. The proposal of the Union of Employers for the Central Bank of Montenegro to order commercial banks to reduce interest rates and fees due to the crisis was also denied. Inadequate measures of the Government of Montenegro led to a decrease in deposits by 138 million euros in the period from February to April, mostly affecting private companies, whose liquidity was put on the line, and it also led to another 5,000 people joining the unemployment line in April alone.

In that period, the state could have waived payment of salary contributions, surtaxes and local levies for a period of three months at the beginning of the pandemic, but also amended the system of VAT collection per collected, not issued invoices, where the state would be the last to get paid, after the workers, the suppliers, the creditors. Citizens generally adhered to measures that included quarantine and shutting-down of a number of businesses. Of course, there were sporadic cases of violation of measures, and charges were filed against such persons, so it can be said that the citizens showed discipline and followed the recommendations of doctors from the National Coordination Body formed by the Government of Montenegro in the fight against the pandemic.

At the end of July, the Government of Montenegro adopted the third set of measures, which included short-term subsidies to tourism in the amount of 83.4 million euros, while the whole package was worth 1.22 billion euros in the medium and long term 2020-2024. Reducing the VAT on food in the tourism sector to 7% was a good decision that should have been made earlier, but it is obvious that subsidies for private accommodation providers are only 3 million euros, and they account for 73% of overnight stays, which means that those who rent flats or holiday units cannot expect even an approximately proportionate part in relation to the amount that hotels are getting.

The Government of Montenegro stated that tourism and agriculture are strategic branches of the economy, yet it is obvious that the 3 million euros allocated for agriculture out of a total of 127.4 million in the short term are not enough help. These measures were perceived by the public as insufficient to preserve the number of employees and help small and medium-sized businesses, since many people lost their jobs.

In June, the Montenegrin government requested a loan from the IMF for the economic crisis caused by the coronavirus, stating that there is no plan to allocate funds for the continuation of the construction of the highway until 2025. With this procedure, the Government of Montenegro admitted that it does not have enough funds for, as they say, a vital capital project for the development of the country. By the way, the loan for the construction of the Bar - Boljare highway was taken from the People’s Bank of China, for which territory of Montenegro was put as collateral, and the court in Beijing is competent for potential disputes.

It should be noted that the European Investment Bank refused to finance this project, because the feasibility study showed that the construction of the highway is not profitable and that it will severely disturb the stability of public finances. The first installment for the highway is due next year, which tells us that the public debt will increase even more and that the crisis will last longer.

It should be noted that the third set of measures was presented a month before the elections held on August 30, and one of the measures that stick out is the increase of minimum pensions from 128 to 145 euros. As there has been a huge drop in employment in the economy, it is clear that after the establishment of the new government there will be a reduction in employment in the public sector and a reduction in salaries, so an increase in minimum pensions will mean nothing compared to cuts awaiting administration employees.

Economically – the year is a bust

The economic measures that the Government could have introduced immediately, due to the pandemic, were prompt reduction of the VAT rate, guaranteeing purchases to agricultural producers, which would increase employment and investment in this sector. Then, charging VAT per collected, not issued invoices, negotiations with creditors about the postponement of the payment of loan obligations in order to pump money into the economy in order to increase liquidity. Giving more generous subsidies to shut-down businesses and vulnerable industries was necessary, and yet a multi-year plan to help the national airline Montenegro Airlines, with a couple hundred employees, weighs 155m euros. Micro, small and medium sized enterprises as the backbone of the economy had to have greater support from the Government of Montenegro in order to improve liquidity and maintain employment.

Companies will need to switch to working online if possible, e.g. some restaurants have introduced food ordering through apps. For many citizens, this year is an economic bust, so it is a good idea to use the time to work on yourself - reading, learning foreign languages ​​or the basics of programming. We have a long and difficult winter ahead of us, so it would be wise to welcome the time after COVID-19 with new knowledge and skills. 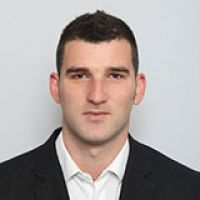