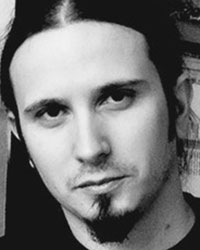 COVID-19 can teach us important life lessons - that respect for other human beings is not shown by dignifying them with a handshake or a pat on the back, but in the essential care of their well-being and health. If that concern involves keeping distance and a closed gate - one of the seven neighborly sins - then so be it!

The COVID-19 pandemic is unprecedented in human history. There have been and will be epidemics and pandemics, which, of course, have affected the history of certain regions of the world, but the current pandemic is having a profound effect on the whole world. From a health perspective, even the richest countries (such as Italy and Spain) with strong healthcare systems and guaranteed longevity of residents, were tested in unpredictable ways and failed the test. Of course, they learned from the mistakes and with the help of continuous, numerous and efficient testing, they reduced the numbers of patients, and thus the victims.

The world economy has also suffered several shocks, with institutions that depend on public appearances suffering losses, their employees also affected. But, with careful consideration of the solutions, even in our country, life has slowly returned to the new "normal". Workplace protocols have been introduced, as well as protocols in places that involve gathering of more people, such as cultural events. But what’s next?

Of course, summer is a time when people are looking to get out of the house, spend time outdoors, and “recharge their batteries” for the winter. In this case, the charging of batteries may be literally true, according to studies on the importance of vitamin D for the immune system. Western doctors recommend high doses of vitamin D (up to 5,000 IU), even in the summertime, while, until recently, doses greater than 1,000 IU were considered dangerous due to the formation of calcifications in the body. Anyone who has raised a child knows that the advice was to take a drop of Vigantol in the winter, while during the summer, exposure to the Sun was sufficient. The latest research on the association of autoimmune diseases with vitamin D deficiency clearly shows the link between the immune system and vitamin D, which is present in minimal amounts in food, hence the need for additional artificial intake of this vitamin.

All of the above can help each person to deal with the crisis an individual level, to at least give themselves a better chance. But what can we do collectively? We cannot do tests ourselves, that is an obligation of the state - to procure machines that do up to 10,000 tests at once, as in the case of Northern Italy (primarily Lombardy and Veneto) which were most affected during the crisis, and today that region of 5 million inhabitants is registering numbers of infected cases that are up to 30 times lower than Macedonia. There are other test solutions, such as fast and cheap tests that the state needs to provide. This will enable timely isolation and prevent the spread of the disease.

According to Vladimir Carrer, editor and foreign correspondent from Italy of the portal Arno.mk, in cafes and restaurants in Northern Italy guests are given forms for "monitoring contacts". "The state takes the work seriously and when they identify a case of infection, they do up to 300 tests for one infected person. This includes relatives, friends, colleagues of the infected and all (sometimes up to 70 people) are quarantined for two weeks, regardless of whether they tested positive or negative." 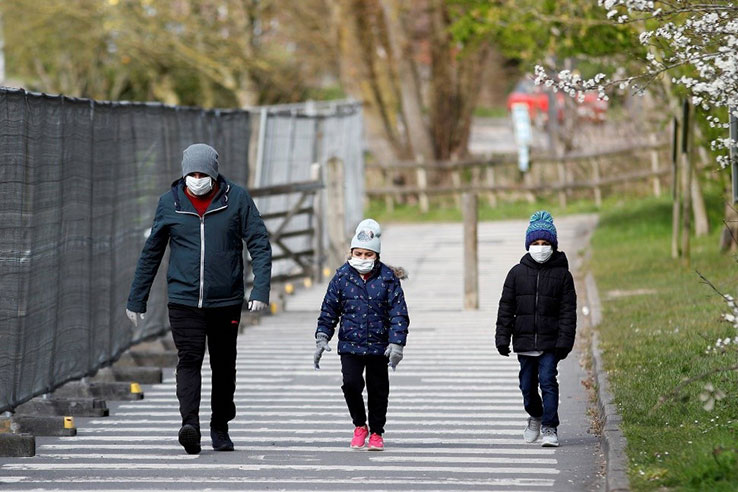 How to maintain social distance in a country where it is considered rude?

According to the numbers of patients in Macedonia, it is more than obvious that in the initial period we were successful in the fight for one and simple reason - quarantine. The curfew was still in full force and people kept a wider distance. Once those measures were lifted, the numbers suddenly soared and are still very high. Isn't that reason enough to reconsider the success of isolation?

Scientific studies claim that isolation is still the best way to prevent the spread of the disease. Logically, if you do not go out, you are in less of a danger of infecting yourself, and less of a danger to others if you are infected and do not know it.

Of course, one must find balance in everything. And isolation, sitting alone at home, in stagnant air and no physical activity, is not good. All this weakens the body and the immune system. It seems logical that leaving the house, if you stay outdoors and wear a mask when interacting with other people, puts you and others in little danger, while giving you the opportunity to move and breathe cleaner air than at home.

On the other hand, if you have to stay indoors with other people, it is necessary to keep your windows open, not to use air conditioning because it circulates particles indoors and increases the possibility of the virus spreading if it is present in the room and of course, to keep distance.

In our environment, however, people face several issues that put them in danger. I have personally witnessed, and I believe many others have as well, situations in which people who wanted to keep their distance, not to talk at close range, to open the windows or to turn off the air conditioning indoors, were subjected to ridicule.

Here the most common comments directed to the person who does not take the mask off his face are sarcastic, for e.g.: "Respecting government measures, I see?", as if that person who cares is a sheep doing everything they are told, instead of thinking for themselves and taking the mask off – putting it under their chin or, as is the latest “corona fashion trend”, putting it on their elbow. Other comments are: "No need to be afraid of me." or "I can see him/her, it is obvious he/she is healthy", as if the sick bear a mark on their foreheads, and not the ability to infect hundreds of others, especially if they are asymptomatic, as we know people can be. If you’re indoors and you open a window, people complain of the draft, and if you turn off the air conditioning they accuse you of wanting to “kill them of a heat stroke”.

Their bottom line is that those who care about their own health and the health of others are weak and timid persons with a tendency to be sadistic, which are features that are opposite to a people who take pride in their hospitality and friendliness. If you refuse a drink, you are being rude, because you should not turn down a gift, but it could cost you a lot! Following the same logic, wearing a mask does not mean that we hide from others, but that we take care of ourselves and them.

What can and should be done?

Until the numbers go down, two basic things need to be done. First, the government needs to provide and conduct many more tests. Let us remember that a thousand tests do not mean a thousand people and that every positive person must be tested 4 times, as they do in developed countries, where it is usually twice positive and twice negative, unlike our standard three tests. Each country that has successfully dealt with the epidemic, has conducted a significantly higher number of tests than Macedonia.

Secondly, we need to take care of our own health and be caring enough for others. When we go out, we should keep our distance; when we have to be in contact with other people, we need to make sure the rooms are ventilated; we shouldn’t wear our mask under the nose or under the chin, because in that way the mask loses its function; we should greet each other with the elbow, and not with the hand, etc. Above all, let’s make sure not to tease and not to be cross with those who are careful and do all those things, instead let’s give them recognition and encouragement. Ultimately - in taking care of themselves, they take care of us too!

Please read the rules before commenting or republishing
Note: The views and opinions expressed in this article are those of the author and do not necessarily reflect the views of the Institute of Communication Studies or the donor. 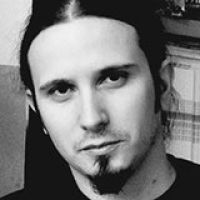 Branko Prlja is a member of the DPM (Writers' Association of Macedonia) and AJM (Association of Journalists of Macedonia). He graduated from the Faculty of Art and Design at the European University. He has published more than 15 works as a writer, and writes under the pseudonym Bert Stein. He is the founder of the arno.mk portal, as well as the groups "Give, do not throw" and "Do not throw, do not pollute" through which he works to raise awareness about recycling, reuse and reduced use in order to preserve the environment.