The trivialization of hate speech in Macedonia

The non-sanctioning of this type of speech leads to repetition, dissemination and abuse of these anomalies as a kind of "normalized" manner of political struggle against individuals and groups with different opinions.

Hate speech has its deep roots in society and usually develops and evolves over a longer period of time, with a dynamic that depends on various social factors and circumstances. It can change its forms and spread depending on the available means of communication and media, but it mostly depends, of course, on the local political and media culture.

Since gaining its independence, Macedonia has not had good results in processing and sanctioning cases of hate speech. Hate speech and intolerance are very common in the political communication, in inter-ethnic relations, as well as in the attitudes towards smaller and marginalized communities.

According to the available research and analysis, attacks on political opponents have increased significantly in the last decade and have become a normalized mean of gaining political mobilization and support. The consequences of tolerating and encouraging the use of hate speech by the political parties and their supporters in the public domain, aided by the domestic media outlets, have led to a serious deterioration of public communication in all areas.

The gradual "normalization" of the use of various forms of hate speech and discriminatory language for political and ideological purposes has increased the public use of hate speech and has become an almost common way of addressing people with different views and opinions.

Who "hates" the most in Macedonia?

The research used evidence registered by The Institute for Communication Studies - ICS in 2021. It included cases that had significant public visibility and audience reach in the media outlets and social media. The registered cases were subject to quantitative, qualitative and discursive analysis, in order to obtain precise results about the type and effects the hate speech and intolerance in 2021.

The registered cases were classified using the sentiment analysis scale developed by the University of Washington, rating the cases from 1 to 6, depending on the level of estimated affective reaction or feeling evoked when using hate speech (available at the end of the text).

A total of 35 notable cases of the use of hate speech and discrimination were registered in Macedonia in 2021. According to the degree of their propagation and the involvement and reactions of the audience, they have shown a significant influence in the media outlets and in the public communication, causing many comments, debates, verbal excesses and various negative reactions.

The largest number of cases are, of course, hate speech against political and ideological opponents (30%), hate speech on ethnic grounds (30%) and attacks based on sexual orientation (14%).

When analyzing the groups that were directly targeted it was established that 31.3% of the cases were against various ethnic or racial groups, 25.6% were targeted at politicians, 14.2% were against civic activists and 8% were against members of sexual minorities.

In terms of source of the attacks, the most present are individual citizens with 45%, while 17.1% were politicians or representatives of political parties in the country. Additionally, 11.4% were journalists or members of media outlets and 8.5% were online influencers. Predominantly, hateful and discriminatory discourses are published and spread online mainly through social media, totaling 37%, and news websites at 45.6%.

This sub-type of hate speech is based on defining the "enemy" and the targeting groups or individuals that belong to such conceived adversarial front. The political-ideological dualism of pro-Western versus conservative groups in the society was established as a key axis of division in the reviewed cases.

The first party is labeled and attacked as "traitor" or "renegade" from its natural community, while the second party in the registered cases is labeled as a group of backward and retrograde persons.

In these cases, various language techniques are used, including strongly negative words and insults, in order to express disgust and hatred towards the political or ideological opponent.

In this type of posts and content, the media outlets often use manipulative headlines, which signal to the reader how to react emotionally and how to take a negative attitude towards the targeted group. This content is used to incite negative reactions that spill over to the social media where these posts are usually shared. The analysis of this subtype of cases shows that the leading and "click-bait" headlines have a dual purpose - to get the reader click on the post, but also to encourage him/ her to share the article on the social media and initiate negative comments and ill discussions.

There is approximately one third of the cases with this subtype of hate speech. The common narrative in these examples uses negative ethno-stereotypes and ethnophobia, and most of the cases were about hate speech against the Albanian and Roma communities. Cases of Islamophobia were also noted, including antisemitism and xenophobia against the migrants coming from the Middle East and Africa.

In this type of cases, the narratives are based on the principle of ethnic or racial subordination, negative stereotypes and, in several cases, dehumanization aimed at segregation and marginalization of entire groups or calls for physical elimination.

In the context of health measures implemented against the spreading of Corona virus during 2021, protests were organized in several cities in the country. The opponents of the COVID measures and vaccination disseminated their activities and attitudes on various media platforms, spreading various messages that included insults, threats and hate speech towards the health authorities and health workers.

This type of hate speech was observed in 14% of all the cases, and was often accompanied and supported by various conspiracy narratives, such as theories that the virus is artificially created and the vaccination is being imposed for financial profit of the pharmaceutical industry.

The term "killers" was often used to label health workers and authorities. Such claims have been used to justify hate speech and "normalize" the calls for violence. The main drivers for these cases were the calls for introduction of new measures and restrictions related to the pandemic.

The "metastasis" of the hate speech

The analysis of the hate speech in Macedonia confirms that it is a complex phenomenon that infiltrates all parts of the society via public communication the on digital platforms and various popular media.

Dealing with it requires a multilateral and multi-institutional approach within which continuous work should help in detection, sanctioning and suppression of this type of speech, all with aim to prevent the development and growth of the so-called "culture of hate". The public information in Macedonia is often transformed into an "information war" of different groups in the society, with the media outlets being used as a mean of political or ideological battle.

The media outlets often subordinate the public interest to political agendas and become an integral part of interest groups that tend to win certain positions of power and decision-making in society by using hate speech and intolerance for purposes of political mobilization and support.

The non-sanctioning of these violations leads to repetition, spread and abuse of these anomalies as a kind of "normalized" way in the political struggle against individuals and groups with different opinions. One can say that hate narratives are "conventionalized" in the political rivalries.

Failure to effectively implement laws and the appropriate recommendations creates a widespread culture of intolerance and conflict that threatens to undermine the trust in the system and institutions, including the trust in the way the social order works.

The text is part of a research conducted within the project "Reporting Diversity Network 2.0" funded by the European Union. 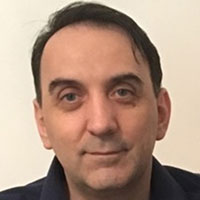 Sead Dzigal is a doctor of political science and a university professor at the International Balkan University (MBU) in Skopje at the Faculty of Communications. He received his doctorate at the Iustinianus Primus Faculty of Law in Skopje, on a dissertation in the field of political communications entitled "The political public sphere in the era of online media". He is active in the sphere of culture and publishing and is a member of the editorial board of the magazine "Cultural Life". In the field of media and communications, he worked on research and educational projects in the areas of media literacy, monitoring the work of the public broadcasting service and media regulatory bodies, open educational resources, online extremism, hate speech, media ethics, self-regulation in the media, and others.