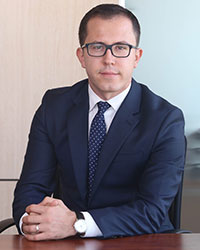 Albania's implementation of key reforms has reached a critical juncture just as the country muddles through the end of the pandemic measures.

The stakes are high as reforms include key court decisions that will determine the legal validity of last year's elections, and an electoral reform that will decide the rules for the country's future electoral process. Faced with crumbling public trust in political parties, enhanced international pressure, and a broiling economic slowdown, the country's politicians have so far ascertained to their old routines of brinkmanship and confrontation. In line with the unusual nature of the times, this year’s summer – usually a period of reduced political action – promises to be rich in political activity.

The first cases of COVID-19 were confirmed on March 8, when two family members tested positive days after traveling home from Florence, Italy. By June 5th, Albania registered 1,197 cases and 33 deaths. In total, 15,647 tests were performed, and from the total infected, 898 have recovered.

Aware of the looming danger and institutional shortcomings, the government moved swiftly to curtail public activity, including schools, gatherings, and flights to and from the country to prevent the spread of the virus. This made Albania the second country in Europe after Italy to close schools, a measure taken just one day after the first cases were confirmed. The country was brought to a standstill. Other measures include the extension of the extraordinary measures, initially, for weeks and latter prolonged until June 23rd. A widespread public compliance ensued. For a few weeks, even the country's politics adopted a calm approach, an unusual scene in Albania’s 29 years of political pluralism.

Notwithstanding, this peaceful coexistence was short-lived. Political activity remerged just as the coronavirus measures eased out, bringing with it the animosities and accusative exchanges between political leaders that Albanians have become accustomed to. Tensions rose again the government moved ahead with its plans to demolish the theatre, first by designating the area where the building stood on as a property of the Municipality of Tirana on May 8th, followed by a Municipality Council decision to demolish it a week later. To avoid the scrutiny of those opposing the demolition, voting was held online and in secret. The public learned about its outcome only when a signed document was leaked.

Tensions reached their peak in the early hours of May 17th when bulldozers razed to the ground the theatre building surrounded by police forces amidst a tense atmosphere which was sustained throughout the day. Dozens of peaceful protesters were arrested, igniting sharp reactions by human rights organizations and the public about the disproportionate use of force. Disappointment ensued, as reactions were multifaceted and included local activists, Tirana based embassies of EU countries and the US, human right organizations and media. In the process, the government ignored an ongoing investigation by the Special Prosecution Office; a Constitutional Court case deposited by the president; calls of international allies for dialogue; activists and a signed petition against the demolition. Symbolically, a young protester holding Dostoevsky’s Crime and Punishment book who was forcefully arrested by four policeman became demonstrative of the ensuing process. 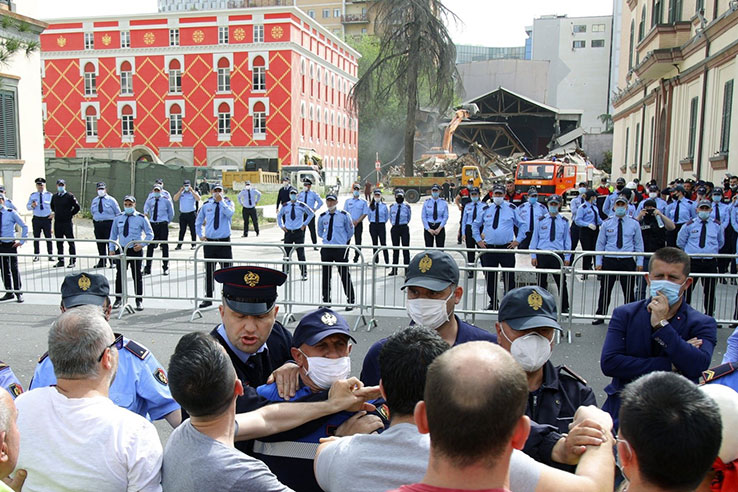 Coincidently, the timing could have not been worse to instigate a new crisis for the future of the country. In the next few weeks and months political consensus is vital to fulfil EU conditions, make progress in the integration front and implement key reforms. As a result, public attention was diverted by the theatre demolition; mistrust among political factions restored; and political division put back in full display just as parties rushed to reach a consensus on important reforms for which their commitment has limited for months and years. Tellingly, the demolition took place one day before lockdown measures were to be phased out and two weeks before a deadline to finalize an electoral reform to respond to the OSCE/ODIHR recommendations and fulfil a key EU condition for opening negotiations, the parties had agreed to themselves earlier in the year.

On March 25, the European Council endorsed the conclusions of the European Commission and gave Albania and North Macedonia the green light to open negotiation talks. Unlike Skopje, however, Tirana was tasked with the implementation of 15 conditions before it can hold the first intergovernmental meeting with Brussels. Chief among them are decisions related to the implementation of justice and the electoral reform. Both of these reforms have a direct impact on the short- and long-term political interests of the country's ruling elite which remains largely unchanged for over two decades.

Conditions include politically thorny issues such as "ensuring the transparent financing of political parties and electoral campaigns" in line with the OSCE/ODHIR recommendations; finalize the "establishment of the anti-corruption and organized crime specialized structures"; and ensure the "functioning of the Constitutional Court and the High Court." These tangible, easily implementable reforms if political will were present, have a direct impact on the power and leverage political parties have.

Playing by the rules, however, is not a feature Albanian political parties are known for. Elections provide daunting evidence of this as parties have for too long circumvented calls for a credible, free and fair process, while doing everything in their power to keep the process politicised and administrative institutions weak. At times it has favoured a given faction and at other times, their rivals have benefited.

Attempts to manipulate the judicial reform have long circulated in local outlets. However, a cryptic message on Twitter by the US Ambassador to Albania warning about a rumoured backroom deal to "kill justice reform in Albania" reignited fears that parties were using the dispersed public attention caused by the demolition of the theatre to secure their immunity from prosecution by the newly established justice reform institutions. In a country where the political parties and their leaders are widely distrusted, such claims find particularly fertile ground to flourish.

In the following days and weeks, EU and US ambassadors heightened their engagement with political factions in the country to directly communicate the ramifications such actions would have. Their calls to parties to bridge their differences and reach a compromise on the electoral reform went duly unheard as the May 31st deadline was not met. In the next 48 hours, they spoke frankly about the importance of consensus and progress on the reforms, while parties resorted to a familiar strategy, that of exchanging political blame.

The second part of the year will be crucial in at least three fronts. The economy which is expected to be hard hit by the slowdown in activity due to the coronavirus restriction, is key among them. The pain will not be proportionally distributed, with the most vulnerable likely to carry the heaviest burden. A World Bank study released recently painted a particularly bleak picture for their prospects. Such will be the aggravation of it that an estimated 200,000 Albanians could fall into poverty, the study noted. In an interview with a local TV, the Minister of Finance acknowledged the estimates despite the optimism of his promises.

Other predictions are hardly more promising. Albania's Central Bank estimates the economy to fall into recession and its activity is expected to shrink by at least 6%. The European Bank for Reconstruction and Development expects the economy to be hit by a 9% slowdown and the IMF by 5%. All these predictions could worsen further if a second wave of the virus emerges and lockdown measures are reinstated. In either scenario, sectors such as tourism, which forms a major source of revenue for the state budget and is the bread and butter for many families running small businesses in coastal areas, will be hard hit.

Unlike the economy, the political sphere will be highly engaged. As important decisions await, political parties will try to have their say on crucial judicial and electoral reforms as well as the 15 conditions that stand between Albania and its first intergovernmental meeting with the EU. Their successful implementation is expected to have a short- and long-term impact on Tirana's politics. Key among them is the filling of remaining places in the Constitutional Court and the High Court, both of which have not been functional for over two years. Once back in business, they will be tasked with resolving important cases with a high degree of political influence, including the legal validity of the 2019 local elections.

The highly anticipated decisions on the 2019 elections and the electoral reform will have a direct impact on the political configuration in the country. Its outcome will determine Albania's chances to make progress on the EU integration front but more importantly, it will establish the rules on electoral administration and management, which has proven to be a deeply embedded systematic issue hampering the integrity of the country’s electoral process. This is a third area where the next six months will be critical and have the potential to shape Albania's politics for years to come. 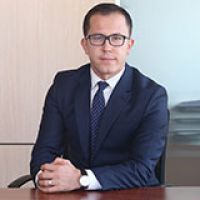 Alfonc Rakaj is a researcher and coordinator of the project for democratization, security and integration of Albania and the Western Balkans at the Institute for Political Studies in Tirana. He has a master's degree in international relations from King's College London. He completed his undergraduate international studies at Oregon State University, USA.