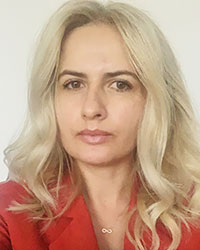 Ironically the measures that aim to save lives in this pandemic, for the first time caused the tragic death of a young man.

It was 8th of December when two gunshots took the life of 25-year-old Klodian Rasha. The weapon was fired by a police officer and the circumstances are still unclear. In its announcement about the confrontation, the State Police informed that the young man was called to stop by a patrol but Rasha did not obey to the order. During a confrontation the officer shot him, claiming that his life was in danger but his colleague has given a different story.

The 25-year-old was a few steps away from home when he was found dead, shot at 1:45 a.m. a time when movement is prohibited. Rasha's only fault was not respecting the lockdown schedule. Ironically the measures that aim to save lives in this pandemic, for the first time caused the tragic death of a young man. Albania has been under restrictions from 9th of November 2020 where everything closes after 22:00 to reopen at 6:00 the next day. The only activities that can still remain open are the delivery services, while the citizens have to get permission on e-Albania portal to go out during the lockdown time. Reasons are limited to work or health. The same goes for businesses.

The traffic lights on some of the main streets in the capital Tirana have not been working for days, while the road signs have disappeared in some others. These are the consequences of the protests that started more than a week ago after the murder of Klodian Rasha. Initially the spark was the revolt for the murder of the young man only because he was out when during lockdown time. Then the protests escalated and had presence from civil society and citizens expressing their dissatisfaction and fury due to the difficult economic situation they face.

Although banned during the pandemic, the protests are organised through social media and there have been several clashes between protesters and security forces. At least seven people ended up in hospital in serious condition, 5 from the police department and 2 from the protesters on the first day.

Day after day the aggressiveness of the protests but especially the police violence increased creating violent clashes worthy of movie scenes. Tear gas, water cannons and Special Police Forces were used to deter the crowd which has been actively protesting in front of Prime Minister’s Office, Ministry of Interior and State Police. Dozens of young people are still in detention cells while others, after being detained, were released on compulsory appearance. The demands of the protesters from the beginning were clear: the resignation of the Minister of Interior and that of the General Director of State Police.

While the crisis was at its peak, Prime Minister Edi Rama was in the United States announcing that was lobbying for the anti-Covid vaccine. In a Twitter post Rama gave details on the meeting he had with the CEO of Pfizer Albert Burla in New York in attempts to secure the vaccine in a difficult time when every country is making efforts. Shortly after his return, two were the news of the day. His visit to the family of the late Rasha and the acceptance of the resignation from the Minister of Interior. But even after this the tensions are still high and the protesters insist that the General Director of State Police should resign too and that there is the time for a full reform on all the levels police levels. 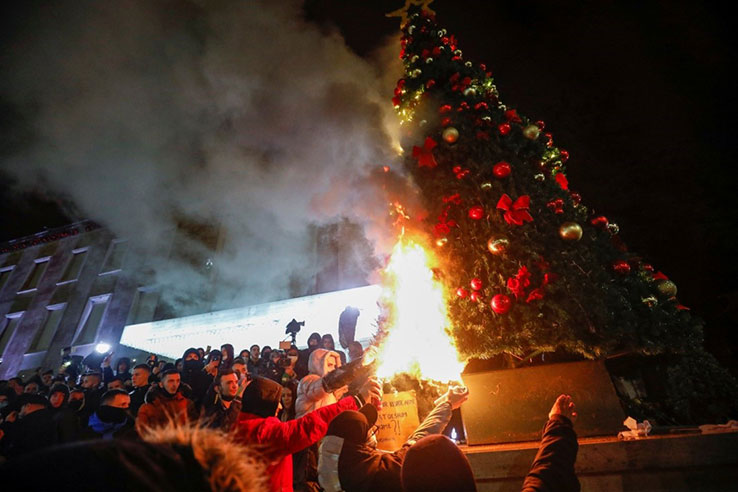 Albania saw the biggest non-political protest a few years ago against chemical weapons. Since then, there have been constant protests organized by the opposition or other interest groups like students but the latest protests have something different if we see the profile of the people who have been active. They are mostly young people between the ages of 13-25, who seem to have lost hope for their future. They are the part that is reacting "violently" in front of the government and the police, destroying the façade "shine" of the city's decorations and everything related to government. Fire and rocks thrown everywhere but no private business has been attacked during this.

These are the youths of the suburb’s areas anathematized as “ghettos” with few opportunities for a decent life in a country where social inequality has deepened year after year. It is the youth that is still left in the country, while some others have put their eyes on emigration. From January 2019 to August 2020, about 30.5 thousand Albanians have applied for asylum in one of the countries of the European Union and others, according to data published by Eurostat and processed.

Most of those leaving the country are young. Eurostat data show that 23.8 thousand people, or 78% of the total applications for this period were up to 34 years old. 15.3 thousand people fall in the age group of 18-34 years. The escape of minors is also very high. In the period from January 2019 to August 2020 there were 6,895 asylum applications from minors under 14 years old, which accounts about 29% of applications under 34 years, or 23% of the total. 1,615 people aged 17-18 have also applied for asylum.

At least two journalists were forcibly escorted by the police on the days of the protests as they were reporting. The first was the editor-in-chief of the newspaper "Koha Jonë" Mili Xhani and the second RTV Ora’s journalist Xhoi Malësia. They stated that their phones were forcibly confiscated by police deleting any video that showed the aggression of the police with the young protesters. This is the first time the media has been directly attacked during reporting. The violence of the protests was also underlined by the People's Advocate Erinda Ballanca who stated in the media that over the past few days 356 people have been accompanied, of which 128 are minors under 18 while their age group starts from 12 years old.

The European Commission also reacted through the Commissioner for Human Rights, Dunja Mijatović. She stated that the Albanian authorities must show restraint in policing demonstrations and ensure thorough, independent and effective investigations into all allegations of excessive use of force. According to her the response to the COVID-19 pandemic does not give authorities carte blanche to use force when policing assemblies. The increase on control level that the government exercises was justified by using the pandemic situation but this clearly shows what Forbes underlined a while ago that COVID-19 is threatening democracy and freedom across the globe.

Expenditure and propaganda therapy, as a form of distraction

As if by magic, in the days of the protests, the only news that came from the government were the good ones. First, the Prime Minister announced that he would provide a New Year bonus for pensioners. The total value that will come out of the budget for this, is about $34 million. All pensioners (nearly 680 thousand) will receive approximately 40 euros. Earlier on Saturday, December 12, at an unusual time at 19:00, the media were invited to attend the opening of an international competition for the construction of very important infrastructure project at a cost of 155 million euros.

Television screens were split in half, ironically reporting in one side crowds of the young people protesting and on the other part the government talking about its success. Despite the pandemic, spending on the infrastructure project or concession has not been limited. Official data from the Ministry of Finance show that in a 10-month period the government has spent 28 million euros have been spent on concession contracts. On the other hand, the 11-month fiscal indicators show that the decline in revenues as effect of the COVID-19 crisis and the increase in expenditures related also to reconstruction program (after the earthquake of November 26, 2019). All this have raised the budget deficit to about ALL 73 billion for the period January-November 2020, or approximately 590 million euros.

The government's commitment to erase anything that can damage its image, is related to the next elections coming, exactly on April 25 next year. Violence was the latest form applied to wipe off the protest while previously there were attempts to stop the vortex from the beginning. There was a rush to draft a special law that underlines that every family that loses a person from a case similar to that of Klodian Rasha receives economic assistance. The Rasha’s family was given a monthly pension of approximately 450 euros per month.

Another precedent of propaganda was using a child’s innocence and the pain of the family that lost the loved one. Initially, a letter from a 6-year-old child addressed to the Prime Minister, asking him to make a redecoration for New Year’s festivities (the old ones were destroyed during protests) started circulating on social networks. This letter is no longer found on the website that was published after numerous negative reactions. The need for justification in front of the Albanians seems to have crossed every limit when another letter from Rasha’s family started circulating asking that nothing be destroyed in Klodian’s name.

The “European Dream” is crumbling

It’s not only the image that government is so worried in preserving, is also the fear. These are the first protests where there is a reaction of this magnitude. The other protests have been usually peaceful despite the motives that led them. The fear in this case is related to the constant increase of tension and dissatisfaction with government and politicians in general. A national poll conducted by the Institute for Democracy and Mediation found out that the vast majority of Albanians are not satisfied with the country's political institutions, while only one in three Albanians confirmed that may vote if elections were held now. Frequent cases of corruption, selective laws approved only for certain lobbies, and economic situation have left the government in doubts if they will win a third term, while not long ago they were pretty sure.

For years, European dream has been a compass for policy orientation, but at the end of almost 8 years, Albania has just received several approvals that negotiations could be opened if some conditions were met but this didn’t happen till now. The European dream remains pending and the government is failing to achieve the vision that the youth of the country has. Now it seems that they have chosen to seek this either through emigration or through violent protests and make the government accountable. 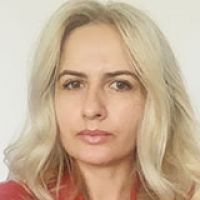