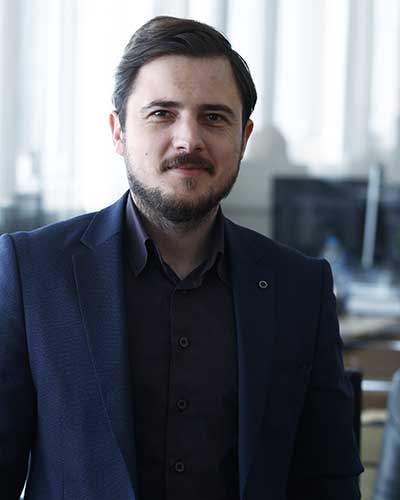 "He who sows shall reap" - is an expression that means – if you plant the seeds, you will be able to enjoy the harvest later on. But many public officials and officials in Kosovo are harvesting without sowing, by being involved in a large-scale, widespread pattern of corruption and fraud.

By order of the Special Prosecutor's Office of the Republic of Kosovo (SPORK), on December 3, 2021, the police conducted a large-scale operation to arrest 31 people, including 12 officials in various positions in the municipalities and regional offices of the Agency for Agricultural Development. The action was extended to Peja, Istog, Urosevac, Lipjane, Pristina, Klokot, Vucitrn and Podujevo. The arrested persons are suspected of the following criminal acts - "Taking bribe", "Abuse of official position or authority", "Giving bribe", "Fraud with subsidies" and "Forgery of official papers/documents".

70 percent goes to the officials, 30 percent to farmers

These people were not the only ones taken in by the police. The operation, codenamed "Subsidy", began in February 2021, after which 12 officers ended up in handcuffs, and the operation continued in June, detaining another 21 people.

During the searches of the homes of the suspects, about 400 thousand euros were found. Cars, computers, and telephones were also seized. The intercepted telephone conversations that led to the disclosure of the entire corrupt scheme also testify to the fact that many officials demanded and received money from farmers for granting subsidies. The inspectors previously made arrangements with the farmers how to divvy up the subsidy amount, and in some cases public officers/officials got up to 70 percent, while the farmers kept 30 percent of the amount. The fraud went so far that even false reports were made. This is illustrated by the case in the town of Istog where the documents describe how wheat and corn were sowed on a large flat surface, when in fact the soil/land was in a forest. Falsely increasing planted areas, increasing the number of livestock or the number of bees - are some of the methods allegedly used by ministry inspectors to take bribes.

Trial for misappropriation of 4 million

The agricultural sector continues to be one of the largest hotbeds of corruption in Kosovo.

Another trial is underway where the defendants are the former Minister of Agriculture and his subordinates. In the case known as 'Grants', the head of the ministry Nenad Rikalo and other people are accused of illegal conduct during the awarding of grants in 2018. The Budget of the Republic of Kosovo was 4 million euros short due to that misconduct.

According to the indictment, the minister exceeded his competencies by preparing a "special program" for awarding grants, without having allocated funds and by bypassing the legal procedures.

The scheme allowed various companies to illegally profit large sums under the guise of rural development.

The police did not fall short in their duties, sting operations were conducted and people who were involved in corrupt subsidy deals have been arrested on each occasion. But the trials of these cases are a real challenge. In addition to delays in court proceedings, impunity i.e., the non-imposition or imposition of low and lenient sentences also poses a problem.

Irregularities in the distribution of subsidies and grants over the years have also been confirmed by the National Audit Office (NAO), which examines the financial statements of institutions. But, as usual, the law enforcement agencies did not act on these reports.

In the last report (2020), mismanagement of advance payments for investments in rural infrastructure was pointed out, and cases were identified of subsidy-beneficiaries not meeting the set criteria.

The auditor was not able to perform the regular audit procedures for 12 transactions worth 497,577 euros, paid out from budget funds earmarked for subsidies and transfers, because the above-mentioned transactions were under investigation by the judicial authorities and the auditor avoided acting in these cases.

The fact that the value of outstanding liabilities to farmers at the end of 2020 amounted to over 40 million euros speaks for the poor management of funds intended for farmers. The increase in the amount of liabilities is a result of lack of funds and mismanagement i.e., misuse of subsidies. But Agriculture Minister Faton Peci, when reporting before a parliamentary committee in December last year, said that the debt had been settled.

"During this period, we managed to repay 40 million euros of inherited financial liabilities and we’ve additionally enabled the implementation of the Program for direct payments - Subsidies 2021 in the amount of 28 million euros. Within the realization of this program, the payments of subsidies for farmers have already started and so far about 19,000 payment orders (in the form of government decisions) have been printed. "Through these policies, we have managed to start the year for the first time without debts and financial obligations," the minister said.

But in September of last year, the government faced protests from farmers, who opposed the tightening of criteria for receiving subsidies. The executive government justified the actions by stating that they’ve acted only on the remarks and shortcomings identified in the report of the National Audit Office. Also, during their preparation, the circumstances that occurred after the mishandlings in the Agency for Agricultural Development were taken into account.

Failing the fight against corruption

The large number of institutions directly or indirectly involved in the fight against corruption have not yielded the expected results, which often makes it difficult to identify the factors that lead to such system failure. In some cases, there is a lack of integration and coordination between them, and the competencies are unclear or contradictory.

For these reasons, the fight against corruption and organized crime in Kosovo continues to be one of the most criticized areas by international and domestic institutions.

According to the latest report of the European Commission, Kosovo is ranked among the countries that are at an early stage of combating this phenomenon.

"Limited progress has been made on the judiciary and the prosecution, including the functioning of the judiciary, the investigation and prosecution of high-level organized crime." "Continued efforts are needed for more proactive investigations, final court decisions and confiscation of property," the report said.

The lack of results in the fight against corruption has led to a weakening of trust in Kosovo's institutions. Bearing this in mind, several years ago, the Government, in cooperation with the Judicial and Prosecutorial Council and other institutions in this sector, but also with civil society and international donors, started the Process of functional revision of the rule of law in which it adopted the Strategy for Rule of Law 2021-2026.

The system needs to be strengthened through a vetting process, which will be used to assess the integrity of judges and prosecutors. This initiative is strongly opposed by the judicial sector itself and did not find support in the European Union either. The EU has expressed concern about the tendency for all prosecutors and judges to be re-evaluated, recalling that the current legal solution is providing a sufficient basis for filtering the system.

The most underdeveloped sector

Without the development of agriculture, we cannot expect to have an advanced economy that would affect the growth of welfare and employment.

Due to mishandlings, agriculture remains the most underdeveloped sector. As a result, Kosovo fails to reach yields even for the needs of the internal market.

Deep reforms are needed by eliminating mismanagement and investing greater efforts to strengthen transparency and accountability.

The involvement of some farmers in corrupt schemes has hurt those who refuse to take part in such activities and to pay bribes. Such actions are cause for farmers not to report wrongdoings, for fear that they will not get financial support in the future due to retaliation. Hence, encouraging farmers to report such misconduct and a fair and lawful process of awarding subsidies and grants would enable a more sustainable development of the agricultural sector in Kosovo. 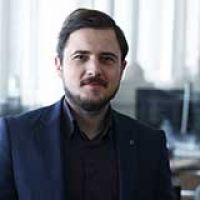 Fitim Gashi is a senior journalist at "KOHA Group" since 2013, covering politics, social, and justice issues in Kosovo. Gashi has 16 years of journalism experience and previously worked for "Kosova Sot", "Tribuna", "Lajm". For his work, Gashi has been awarded several prizes by local and international organizations. He also has participated in many international programs for the promotion and advancement of professional journalism. Gashi is a graduate with an MA degree in Political Science and Public Administration.