Regardless of flavour and aim, disinformation proliferates across the Albanian media sphere, traditionally broadcast or online. Often it caters to people’s biases and needs, derived from sources they have come to trust. Better media sources, with fact-checked and easily available information are paramount, but those options seem scarce and have a hard time reaching the public.

The Albanian news portal, Jeta Osht Qejf (Albanian for “Life is a Blast”), has 1.2 million followers on Instagram and another 2 million on Facebook. Its online reach is unmatched among Albanian media and entertainment portals alike, including in user engagement. Jeta Osht Qejf – now rebranded as JOQ – started out as a meme page, and soon became an online gathering space that Albanians used to document the hilarious and aggravating absurdities of their own lives. But over the years, JOQ has transformed into a news portal, broadly defined.

Most of its content on social media is sourced directly from the Albanian public, as citizens submit “evidence” or grievances that wouldn’t find an audience elsewhere. This can be a recording of a conversation at the doctor’s office, pictures of gruesome car accidents, or piles of garbage accumulating putrid and uncollected.

JOQ is not alone in its format, although its reach is far more impressive than most. Several online portals have made the pivot from meme pages to now serve as communally-sourced news outlets. Together they disperse a vigilante form of justice through social media and provide at least some form of accountability, limited as its results may be. The rise of these platforms is unsurprising. They fill a vacuum for the many Albanians who feel unheard and unseen. Pages like JOQ provide witness to the daily struggles of living in Albania and if the tangible, political outcomes seem scarce, at least there is an audience out there to validate their experiences.

Because of their communal nature, achieved through viral content in the form of both memes and coverage of gruesome events, portals like JOQ have earned the public’s trust. But this trust can be easily manipulated: just this week, JOQ published what it claims to be a message by a doctor who alleges that government officials are pressuring health workers to vaccinate citizens, or else they will be fired. The accompanying text describes the government’s efforts to vaccinate the population against COVID-19 as “propaganda.” It is unclear if and how JOQ vets its sources and how it chooses what to publish among what gets submitted. But one thing is clear: Misinformation—and in the case of vaccines, disinformation—is par for the course with online portals.

In the case of vaccination, there is perhaps a personal agenda that can be ascribed to the distrust that continues to exist among the Albanian population about the vaccines. But other disinformation that is spread by places like JOQ has a more straightforward purpose. Like the memes and the prank videos, gossip or bombastic information about the war in Ukraine usually picked up from unreliable sources (including British tabloids like The Daily Mail or The Mirror), a lot of the content on JOQ and similar portals is published to generate clicks.

A 2020 study commissioned by the European Parliament on fake news and disinformation in the Western Balkan found that in the region at large, the bulk of disinformation is produced domestically and for domestic purposes. In the case of Albania, “disinformation tends to be used opportunistically by all sides, pursuing short- term aims rather than long-term strategies,” according to the report.

While European officials have been understandably worried about the reach of Russian disinformation—EU High Representative Borrell making it the centrepiece of his press conference while on a visit to Tirana in mid-March—the report argues that in Albania, “there is relatively little evidence of attempts by foreign powers to distort Albanian politics or international affairs.” Rather, it found that disinformation is used by media outlets to generate clicks and boost traffic and by political actors and their affiliates for political purposes.

JOQ—and frankly a concerning portion of Albanian media outlets, including newspapers and TV stations—represents the first part of this picture: the incessant chase for clicks and traffic to ensure one’s financial bottomline often at the detriment of fact-checking efforts. The use of disinformation for political means can be a bit more slippery, or perhaps its presence so ubiquitous as to require concentrated effort to separate mere political spin from disinformation.

Nevertheless, the evasive nature of disinformation, and its instrumentalization by the political classes, has been drawn into sharp relief by recent events as Prime Minister Edi Rama accused Albanians of serving Russia’s war agenda when they turned out in the thousands to protest rising living costs.

In the early weeks of March, fuel prices in Albania soared, reaching an unprecedented 2 euro a litre, a 50% increase over its 2021 average. Meanwhile, the Albanian National Institute for Statistics showed that the price for 20 essential food items had spiked by at least 20%, with some going as far up as 40%. In addition to fuel, inflation hit cooking oil and flour the hardest.

The week of March 7th, Albanians took to the streets on an almost daily basis demanding that the government implement measures to lower prices and provide relief for its citizens, which continue to be among the poorest in Europe. As pressure mounted from the streets, Rama established a Transparency Board that would set the price of fuel and gas every few days, and unveiled a social plan to index pensions and raise the minimum wage early to offset the rising costs. That did little to appease citizens who continued their protests, although recently the number of protests—and their participants—have dwindled.

But even as he made these overtures to address the public’s concerns, Rama used Russia as a bogeyman to smear protestors as being anti-Ukraine and aiding the Kremlin’s agenda. Over several broadcasts, televised or published on his personal Facebook page, Rama claimed that the rising prices are solely the consequence of Russia’s war on Ukraine and warning business owners that there may come a time where there is no oil at all. He also painted protestors as a disgruntled minority whose actions are defaming Albania and serving the Kremlin.

And the claims that protests were helping Russia continued over the week of March 14th. In a widely-reported livestream, the Prime Minister claimed that he had received a message from someone in Brussels that they were worried about the origins of these protests, hinting that European officials believe Russia to be the instigator of Albanians’ civil disobedience. Later on that same day, during a meeting with retirees, Rama doubled down on his claims, arguing that Russia is pleased with these protests as they draw attention away from the war it is waging against Ukraine. While the European Union did not address Rama’s alleged text from a Brussels official, the Commission released a statement saying that it supports the Albanians’ right to assembly.

Albanian media played their own part in the unfolding drama of accusations: portals with financial and political ties to the opposition derided Rama’s claims, while others ran op-eds that weaving a poorly-backed link between the protests, the opposition, and Russia. As for protestors, they told local media that they support Ukraine, and do not oppose the sanctions. They simply wanted the consequences to be mitigated. During a recent protest, several participants wore Ukrainian flags to counter the Prime Minister’s narrative, denouncing his arrogance.

The opposition has its fair share of blame to shoulder too. Only a few weeks ago, former Prime Minister Sali Berisha claimed he had refused a bribe from the Russian Gazprom in favour of signing an agreement with the Trans-Pacific Pipeline. During his declaration, Berisha didn’t miss an opportunity to call Rama’s government a “Soros-backed mafia.”

In fact, over the past years the Democratic Party—once led by Sali Berisha—has become a breeding ground for anti-Semitic conspiracy theories. Berisha has often reiterated claims that his designation for corruption by the United States came after the American billionaire and philanthropist George Soros lobbied to the American government. Likewise, a recent visit by Alexander Soros to Tirana where he met with Rama and Tirana Mayor Erion Veliaj, were succeeded by accusations from media portals with ties to the DP that Rama’s government is a puppet in Soros’s hands.

Far-right figures, including former US President Donal Trump, have notoriously proliferated anti-Semitic conspiracy theories against George Soros, accusing him not only of funding socially progressive movements, but being behind a cohort of Jewish people that control the global economy. An April report published by the International Republican Institute on Antisemitism in the Western Balkans noted the rise of such discourses that target Soros, especially in Albania.

Regardless of flavour and aim, disinformation proliferates across the Albanian media sphere, traditionally broadcast or online. Often it caters to people’s biases and needs, derived from sources they have come to trust. Better media sources, with fact-checked and easily available information are paramount, but those options seem scarce and have a hard time reaching the public.

At the same time, while a better-regulated media landscape would be ideal, in the context of Albania, there is a catch.

In the past, calls for regulation have also been used by the ruling party to try to bring all media under its control, as has been the case with the now-tabled and much-condemned media anti-defamation package. While a better balance is needed, a solution remains elusive, undermined by the government’s own interest in instrumentalizing disinformation. 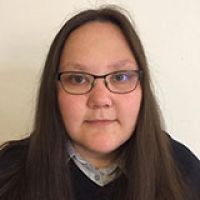 Barbara Halla is the Managing Editor for the English page of Exit News, a non-profit journalism portal in Albania. Since 2017, she has also been part of the editorial board of Asymptote, an international literary journal focusing on literature in English translation, where she currently serves as Criticism Editor. Barbara has written about the cultural roots of sexual violence in Albania for Politikja, an Albanian academic journal, among other writing projects. She has a degree in History from Harvard and has lived and worked in Tirana, Cambridge, and Paris.